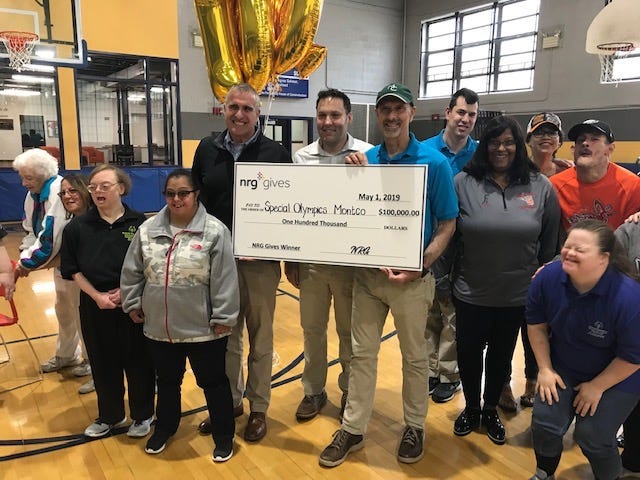 MONTGOMERY COUNTY, Pa. (KYW Newsradio) — Special Olympics Montgomery County got a windfall Wednesday as the nonprofit was the top vote-getter in the spring NRG Gives campaign.

In the program, the Princeton-based energy supplier's employees nominate three charities that face off in a weeklong public online vote for $130,000 in grant money.

He says the grant money will help expand opportunities to intellectually and developmentally disabled athletes who don't qualify for, or can't travel to, events outside the area.

"We are gonna increase and advance our local tournaments so that they can get the kind of event and the excitement and the range of activity that happens at a regional and state tournament," he said.

Otterbein says it's clear that participation in sports fosters social growth and self confidence, which leads to other benefits.

"Whether it's employment, or engagement, or better physical health or better mental health, and that, I think, is a really strong point of Special Olympics," he added.

Family Strong 4 ALS Foundation gets a $20,000 donation, and Bicycle Coalition of Greater Philadelphia gets $10,000.