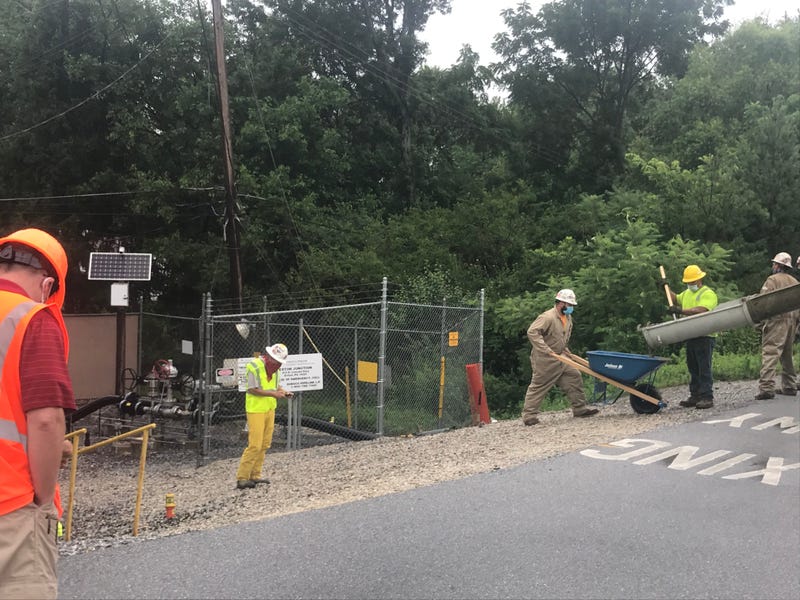 According to the PUC, the sinkholes have not exposed active pipelines, so engineers are closely monitoring the situation.

For Libby Madarasz, it's constant worry and mistrust. Her neighborhood backs right up to the pipelines' valve station, where construction was an issue a couple years ago.

"We have people documenting all the time because we have to,” Kerslake explained. "(The PUC tries) to downplay it, everybody does — (Sunoco) does, our township, our county, and it always falls on residents to do that work and raise public awareness and hold our regulators accountable."

Madarasz and Kerslake said the PUC isn't looking into all of the sinkholes. Residents have reported cracks in the earth where the Chester County Trail runs past the valve site, as well as issues with a nearby stream.

"Every time there's a sinkhole we all panic that the ground is going to drop out from underneath the pipeline and it's going to crack and leak these highly volatile gases,” Madarasz said.

Sinkholes connected to pipeline construction happened on Lisa Drive in 2019, but were much bigger. People are worried that it will happen again, this time in a more densely populated area.

"I feel like they (the PUC and Department of Environmental Protection) have left us so many times,"  Madarasz explained. "I feel like they think we are a bunch of crunchy granola, not in my backyard kind of people."

Pipelines have recently shut down across the country, due to environmental concerns brought up by residents who live nearby.

"It's almost like everybody is just crossing their fingers, you know? They're hoping for the best and failing to plan for the worst. That’s a phrase that we often use," Kerslake said.

For now, the women said concerned residents will continue to monitor as best they can. Oftentimes, though, they said they are blocked by pipeline workers or fences when they go to check out a new sinkhole or unusual activity.

"I'm going to be trained how to use a drone so I can look over the black fence and make sure they aren’t doing anything shifty," Madarasz said.

CORRECTION: In a previous version of this article, Libby Madarasz's name was misspelled.