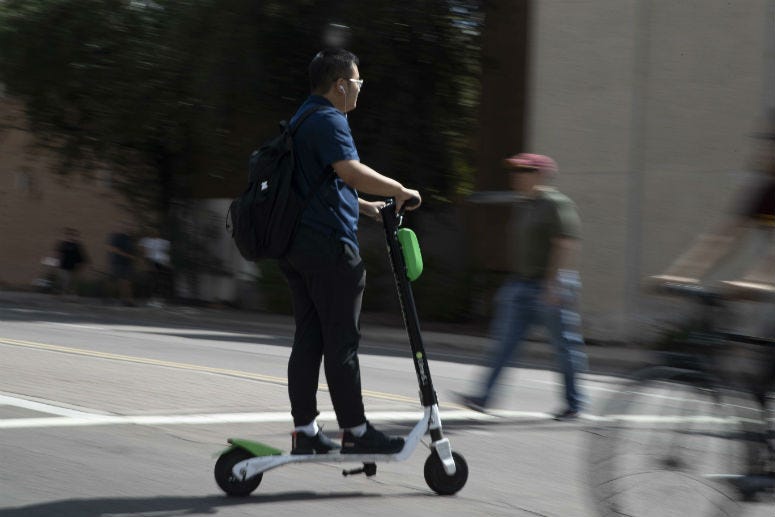 PHILADELPHIA (KYW Newsradio) — A major step forward has been made in getting electric scooters legalized in Philadelphia.

Lawmakers in Harrisburg introduced legislation Tuesday that would make them legal in the state for the first time. Coincidentally, Philadelphia City Council is holding hearings on scooters Wednesday.

Dockless scooters are the next big thing in environmentally friendly transportation, so Councilman Derek Green was interested in exploring how they may be used in Philadelphia — if the state were to ever legalize them.

Now with the introduction of bills in both the state House and Senate, Green said the hearing takes on a new urgency.

"I didn't expect the bill to be introduced quite this close to the hearing," he said. "I thought it might have been a little bit later, and I'm not sure if it's something that's going to move quickly or not, but it's great timing."

The bills follow months of lobbying by several e-scooter companies, which aimed to change a state law that made segways the only scooters allowed on streets and sidewalks. Those involved in the negotiations said the hold-up was PennDOT's concern about the safety of a vehicle with only two inline wheels, with no fender or rear view mirror.

The City Council hearing will look at the experience of other cities that have adopted the scooters. They're mostly smaller than Philadelphia, Green said, and still, there have been concerns about safety and order.

But Green said they could provide a good option, especially for that "last mile" of travel to and from public transit.

"As Harrisburg moves forward, and if they start to move quickly, we can prepare Philadelphia for this new kind of transportation," he added.