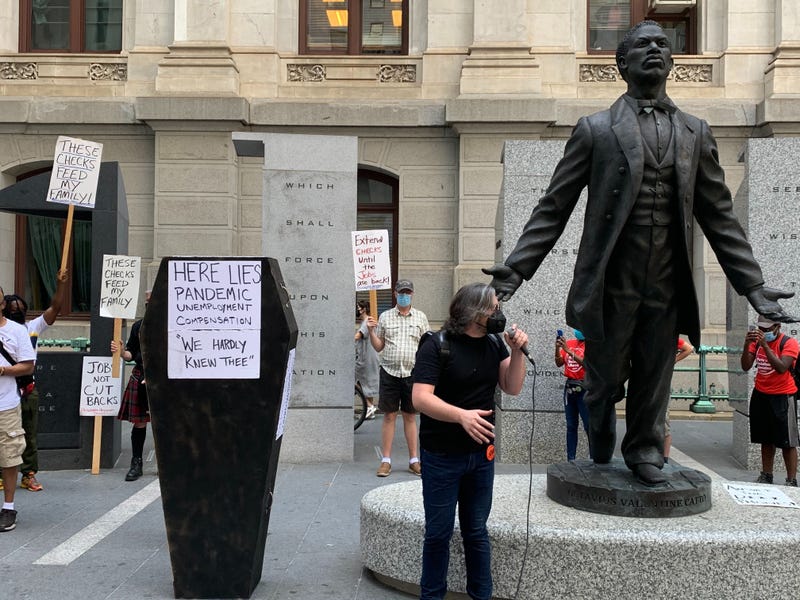 The coalition of unemployed workers and their supporters are demanding Congress to renew the stimulus program.

Rebecca Ansell, an unemployed violinist, said the earliest professional musicians will be able to return to work is the middle of next year.

Already frustrated and frightened about the future, this collection of down-on-their-luck Philadelphians now feel that they’ve been abandoned by President Donald Trump and a Congress that adjourned without reaching a deal on a new stimulus package. The only local politician who stood with them on Thursday was state Sen. Art Haywood.

“The only way we will be heard is by being out here, because have we tried to be heard? And what’s been the response? Silence,” he said. “We’ve got to be out here week after week after week.”

“All of you got that $600 were able to consume and spend. Once that money stops, it’s gonna stop,” he said. “Pulling that money out is gonna be a big problem for everybody, not just for the unemployed but the entire United States.”