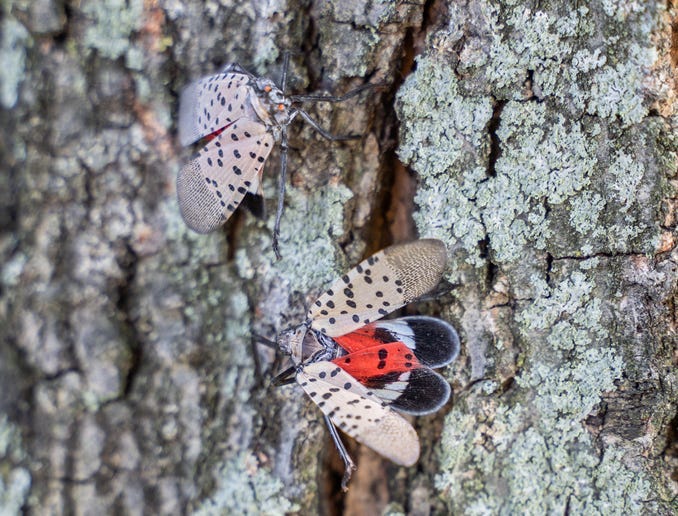 “If they got swept up in the water then likely they died,” Leach said. “But, unfortunately, we’re not seeing anything that looks like a really significant reduction in the population.”

“We have to go out and collect bugs all the time for my experiments and so I had a hard time collecting them on Monday both after the storm and on Wednesday after the second storm,” Leach continued.

But she doesn’t think that means there’s a reduction in the spotted lanternfly population — it seems they scattered around and are now back.

In fact, before the storm hit, Leach said, there had been reports of a huge increase in spotted lanternfly activity through the end of July as the nymphs morphed into winged adult bugs and took flight.

“So this is one of those really big years where it’s also big not only in population numbers but also in these kind of city centers,” she explained. “So in Philadelphia, in Lancaster and Allentown in places where there’s a lot of people. And, so, we have a lot of people interacting with this bug this year as well.”

Leach said this is the peak season, and advised if you see them, step on them and squash them until they’re dead.

That, she said, can stop them from laying eggs that would add to next year’s population.