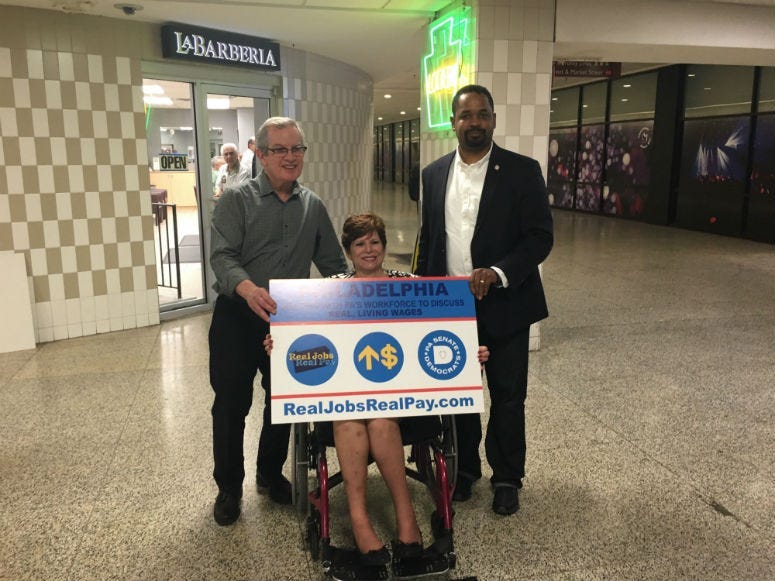 PHILADELPHIA (KYW Newsradio) — Supporters of a $15 minimum wage held what they called a day of action in cities and townships across Pennsylvania Thursday.

"I know people say that if you do this you could kill small businesses, but we're a very small business. Five people here and four in our other. We have the same expenses and the same overhead and we seem to be doing all right," O'Conner said.

He says it's all about retaining the workers he values.

"Guys have a personal relationship with their barbers. So you want to make sure when they come they get their guy," O'Conner explained.

State Sen. Christine Tartaglione is co-sponsoring a bill that calls for raising the minimum wage to $12 immediately and additional increases leading to a $15 minimum by 2025.

She believes it's long overdue.

The proposal has the support of Gov. Wolf but it remains to be seen whether the state legislature approves it.