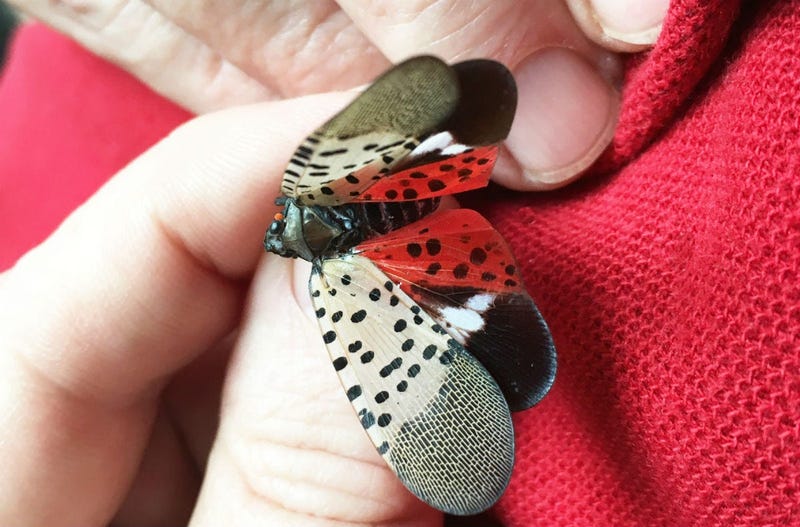 PHILADELPHIA (KYW Newsradio) — The first hatches of the spotted lanternfly have been detected in West Philadelphia, but an expert on the pest said there’s still time to stop them.

Emelie Swackhamer, a spotted lanternfly specialist with the Penn State Extension in Montgomery County, said it was no surprise that the first hatches were discovered in the University City area near Drexel University.

“It’s not unexpected,” Swackhamer said. “This is about the same timing we’ve had in other years. It’s a very small percentage of eggs that people have noticed hatching, and they’re all in these protected areas.”

“So places where the sun is hitting the area and warming the microclimate,” she explained. “Often, it’s near buildings that are stone or masonry and that accumulates the heat. So it’s in these sheltered spots.”

But Swackhamer said there’s still time to stop the bugs before they emerge.

“The eggs will hatch out over a period of several weeks, so there’s still a lot of time to go out and scrape and destroy eggs out in your landscape,” she said. “You can smash them in place.”

The spotted lanternfly is an invasive insect that feeds on more than 70 different plants — especially those that are of economic significance, like grape vines or maple trees.

The nuisance pests hurt the environment, and if not contained, they could potentially drain Pennsylvania’s economy of $324 million annually, according to Penn State researchers.

“We have reports of a lot of egg masses being laid in the area last fall,” Swackhamer continued, “and we had a very mild winter, so we expect the survivability of the eggs will be high. We are expecting large populations of spotted lanternfly in 2020.”