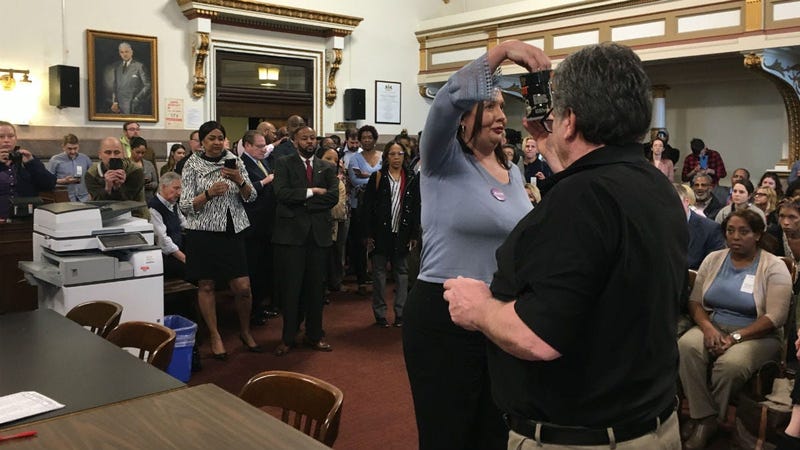 PHILADELPHIA (KYW Newsradio) — Philadelphia Mayor Jim Kenney got a good omen for his re-election bid. He pulled the first ballot position in today's lottery for candidates in the May primary.

The race where ballot position will be crucial, though, is city council at large, where 34 candidates are currently running.Wednesday's lottery could make or break some campaigns.

The lottery is full of drama, excitement and quaint charm. An election worker holds a venerable Horn and Hardart coffee can above the candidate's eye level, so they can't see the number as, one by one, they're called up to pull out a raffle ball that could change their destiny.

"It's absolutely an advantage in the larger races," said attorney Adam Bonin. He said he thinks it's not the best way to set ballot positions.

"It should be randomized somehow, but as much as possible, so one candidate doesn't have an advantage in a city this large," he said.

His ideas would take a change in state law. So, for this primary, at least, the candidate who drew ballot position No. 1 in the at-large race, Adrian Rivera Reyes, went from relatively unknown to frontrunner.

Another big break went to Deja Lynn Alvarez, the city's first transgender candidate. She'll be listed second on the ballot. But incumbent Allan Domb got a bad break, picking No. 13.

The ballot won't be set until challenges are heard. Some candidates may also drop out voluntarily by then.