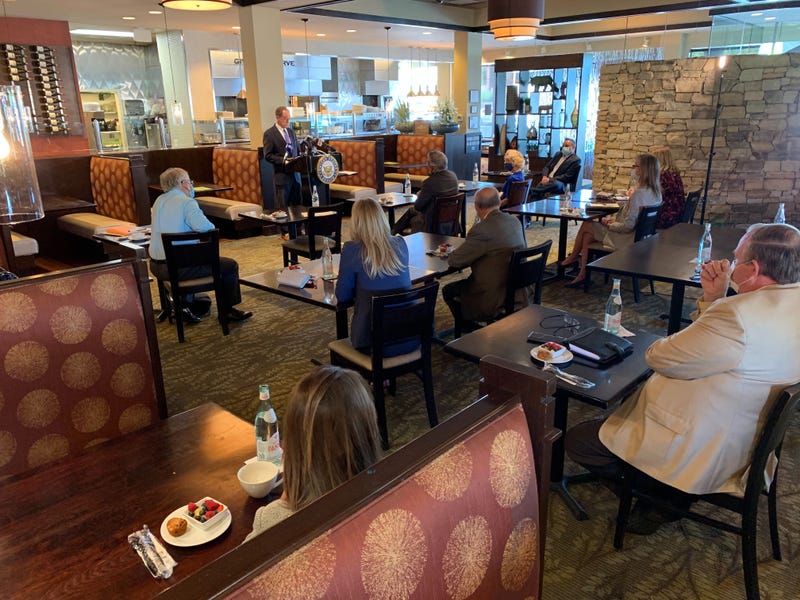 Bob Rafetto, a restaurant consultant from Chester County, told Toomey many of his clients thought the first round of stimulus checks would get them through. However, Rafetto said some owners are looking for stopgap funding, or else they’ll need to close their doors, as they can’t make ends meet at 50% capacity.

“It creates a real dilemma — what do you do?” Toomey asked, acknowledging the hospitality and travel industries has been hit especially hard. But, he said, if the virus and the shutdown have changed people’s habits in the long term, how does the government draw the line between trying to save jobs and just propping up what he describes as “excess capacity”?

“How long should the federal government just keep providing credit to maintain capacity that we don’t need?” Toomey questioned. “And at what point do you say, ‘You know what? We’re going to have to allow a consolidation.’ ”

Toomey told the group he supports expanding unemployment eligibility to allow self-employed or gig workers to qualify. He does, however, question direct payments, especially to people who never missed a paycheck.

He said he strongly supports policy changes that he argues could have greater benefits at much smaller costs. For example, extending the time hospitals have to pay back the advance they got from Medicare or lowering the interest rate.