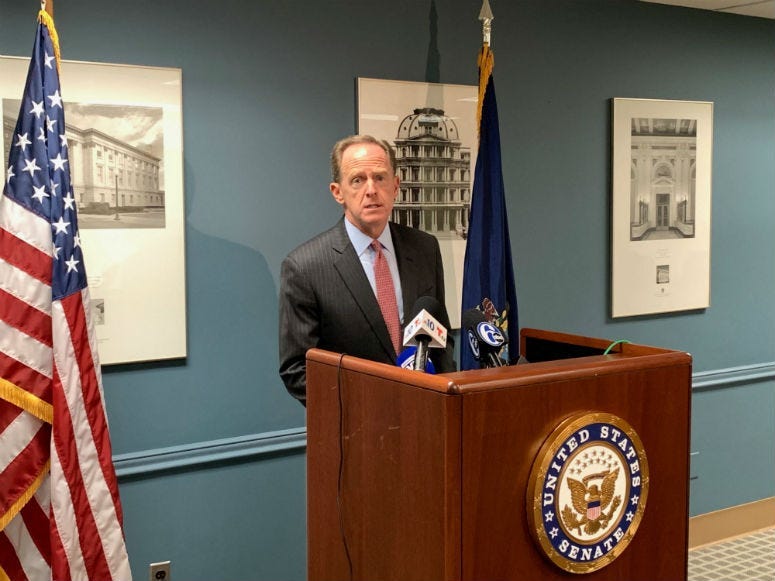 PHILADELPHIA (KYW Newsradio) — Pennsylvania U.S. Sen. Pat Toomey insists his long-debated proposals to do something to address gun violence in the nation are gaining more attention in the right political circles.

Toomey says until the impeachment inquiry got going, President Trump and Attorney General William Barr were discussing the need to do something in the wake of the death tolls of mass shootings across the nation.

"The president indicated a great deal of interest in doing something and of course, the something that I've been advocating for some time now is background checks at all commercial gun sales. It's taken far, far longer than I certainly had hoped but I still think we have a chance of getting this across the finish line," Toomey said.

Toomey says his Senate colleagues on both sides of the political aisle are waiting for formal legislation before committing.

He says getting the White House and Justice Department on board is critical.

While Toomey says he's reluctant to put any timetable on passage of gun reforms, he believes there is room for optimism that something could emerge next year.

As for "red flag" legislation — allowing law enforcement to take guns away from those who may present a danger to themselves or others — Toomey says he believes the concept needs to be refined to protect legal owners of firearms from abuse by the courts.