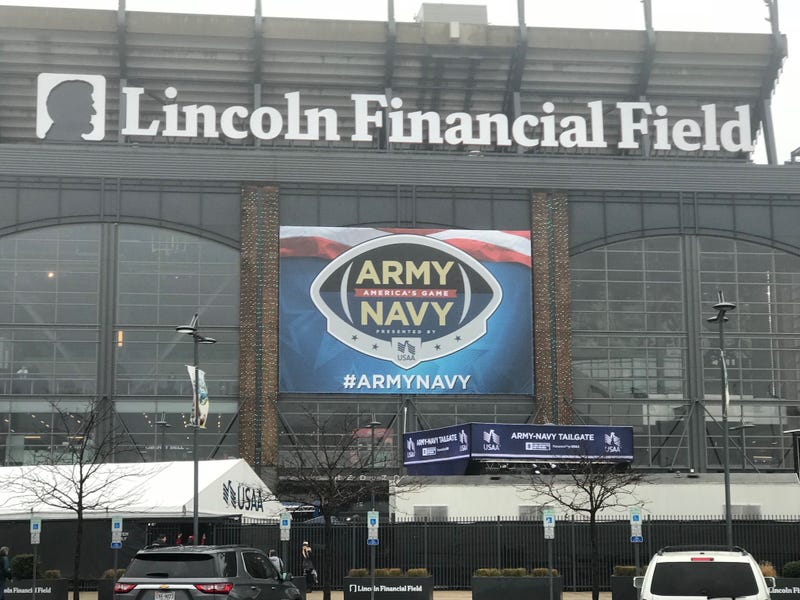 PHILADELPHIA (KYW Newsradio) — President Donald Trump came to Philadelphia Saturday for the 120th Army-Navy Game. Both teams received a pep talk from the commander-in-chief and learned about a returning rule where academy athletes can pursue professional sports right out of college.

The Military Academy and U.S. Naval Academy Glee Clubs sang the national anthem, followed by the coin toss, in which the president participated.

But before that, Trump spoke with football players in the locker room. He talked about a rule he helped implement, allowing athletes from the military academies to play professional sports first before having to serve their country.

"What we're doing now is you'll go out and you'll make a fortune and after you're all finished with your professional career you'll go and you'll serve and everybody is thrilled," Trump explained. "That means you can go out and do whatever you want."

A memo signed in November by Defense Secretary Mark Esper spelled out the new guidelines. It said the athletes must get approval from the Pentagon chief and it requires them to eventually fulfill their military obligation or repay the costs of their education. The Obama administration put a policy in place allowing some athletes to go to the pros and defer their military service.

Many people say they're glad the president made it to the game to show his support to the military.

"We feel very strongly about being proud that he comes every year. He came last year," said Russell Salizar of Danbury, Connecticut.