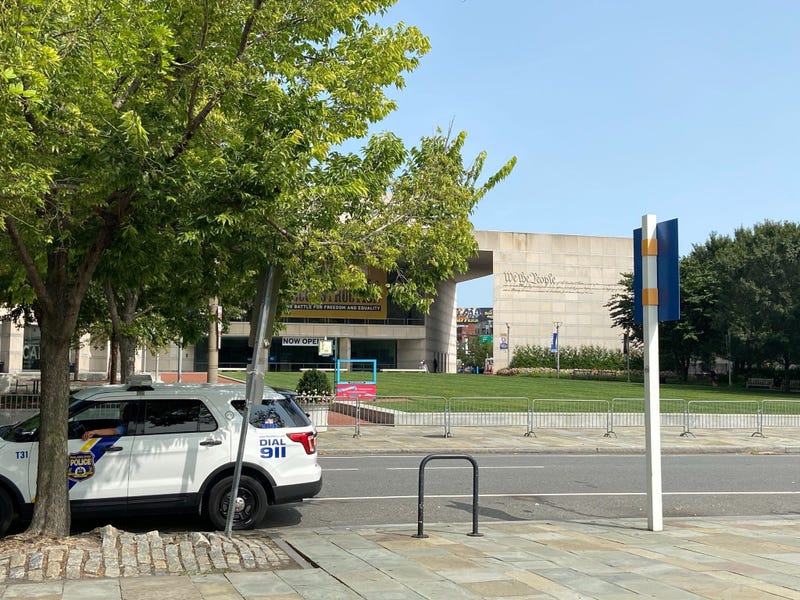 “It’s like we’re trying to soak the unrest, soak the anger, soak the rioting in God's love,” said Peace Ikes, one of the organizers.

President Trump supporters meet protestors...music in the background mostly drowning out both sides. Somehow the phone is being used to intimidate: both sides taking pictures & videos of each other... ⁦@KYWNewsradio⁩ pic.twitter.com/axcPfddp0h

Ikes said they normally hold events in June, but because of the pandemic, it was pushed to this week. They got word of Trump’s visit hours before the president’s arrival.

“Our tent is here 24/7, and it’s beautiful to see people here in the middle of the night, 2 a.m., 4 a.m. who come in and they just need someone to pray with them, to sit with them and talk with them,” Ikes said.

Mayor Jim Kenney said he would have preferred not to have taken the security measures a presidential visit requires.

“It’s certainly not something we were looking forward to doing, considering all we’ve been through the last couple of months, but presidents come to cities based on lots of reasons,” he said.

Police officers, some who were called in on their days off, were assigned to block city streets and to keep the two sides from clashing — something Kenney said the city will pay for.

“It costs us a lot of money and we are not reimbursed for it, and it does have to reorder our police presence where normally they wouldn’t be badly needed,” he said.