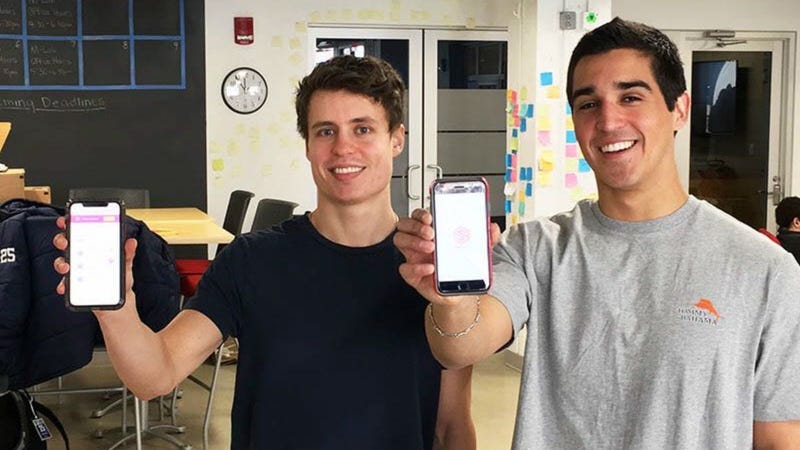 PHILADELPHIA (KYW Newsradio) — As Villanova University continues its quest to win the Big East tournament this weekend in New York, two Nova students will also be up there, but for an entirely different type of competition.

The Big East Startup Challenge gives teams from each school in the conference an opportunity to win as much as $5,000 in startup money.

Fernando Delgado and Brendan Kenney are banking on an online dating app they've developed at Villanova.

"One female gets to match with four males. The male can invite three of their friends or get into a random group. The female is in control of the entire game where she gets to ask the questions to each male and eliminate one guy per round until they get a match at the end," he explained.

And these millennials removed the selfie element from the game. The woman can't see the men, and vice versa.

"Our generation lacks the art of conversation completely, so from personal experience, we wanted to kind of exploit that and make this dating game where we bring back the ability to have a conversation, to be creative, to be witty," Delgado said.

They'll have five minutes make their pitch their to a panel of venture capitalists, entrepreneurs and Big East alumni.