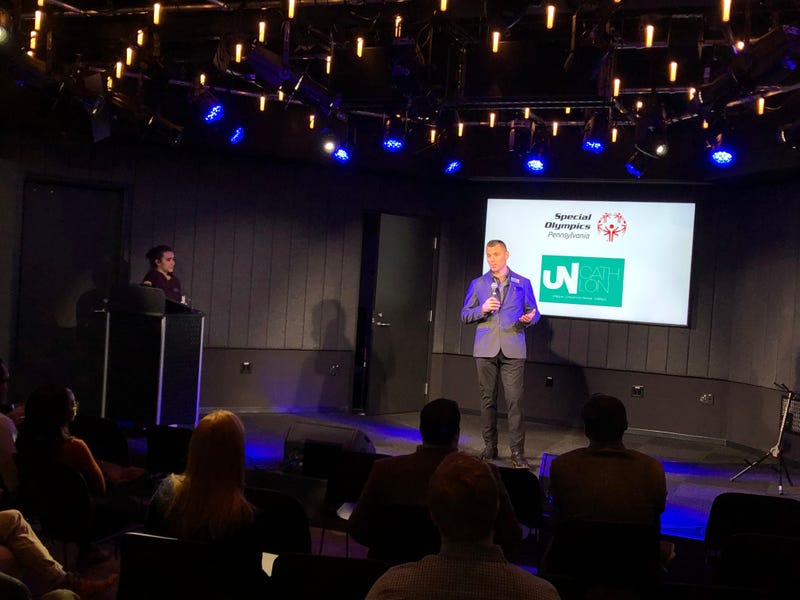 PHILADELPHIA (KYW Newsradio) — Special Olympics Pennsylvania announced a track and field competition — known as the UNcathlon — is coming to Philadelphia for the first time in September. The public is invited to sign up to participate.

UNcathlon was founded in Pittsburgh by Shannon Barry about four years ago to demonstrate inclusion and acceptance through sport.

He says it's a unified track and field-based event designed to raise funds and awareness for the Special Olympics.

"So typically, it's been a track and field focus. You know, we had 400, 800 meters sprints. We've also had a 40-yard dash, a long jump, a shot put. We also had some CrossFit-like events, like pullups and dips. We are going to make it more of a team-focused event where each team has to participate in every event instead of singular track and field experience," Barry explained.

"Unified is a way of life," said Kristin Craven with Special Olympics Pennsylvania. "It is including individuals with intellectual disabilities in your lifestyle. Our athletes train eight weeks prior to competitions, and with the UNcathlon being 10 physical trials, we don't want you to just show up and say 'hey lets do it .' We want you to be ready for it."

Teams are co-ed, and made up of five individuals and a Special Olympic athlete.

You also have to be at least 18 to participate.

Public pop-up training sessions will be held leading up to the Sept. 27 event at South Philadelphia Supersite near 10th and Bigler streets.

Pittsburgh will hold its fourth UNcathlon in April.