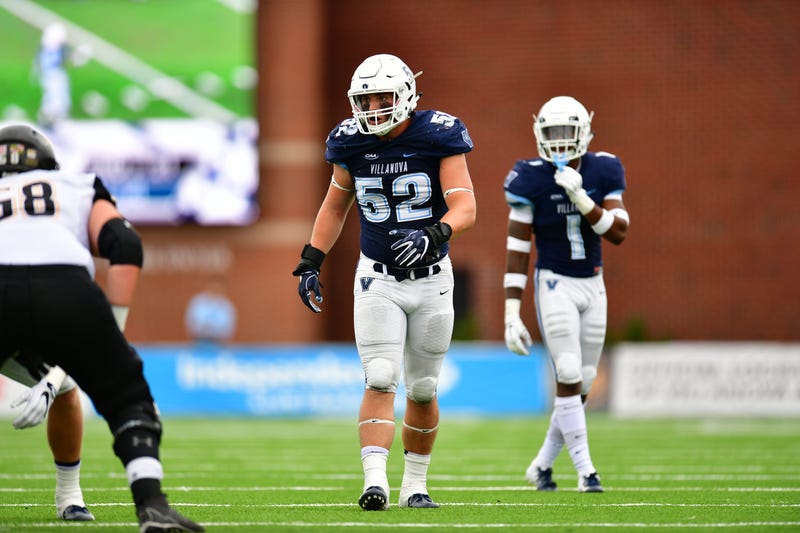 The Wildcats are currently ranked 18th in the country in FCS, and they improved to 3-0 on the season this past Saturday with a 45-10 dismantling of Bucknell. In these first three wins, Villanova has outscored its opponents 117-34.

The running game has been led by junior running back Justin Covington. He has rushed for more than 100 yards in all three games this season, totaling 362 yards on just 34 carries, an average of 10.6 yards per carry.

"He's done a great job as far as being patient," Ferrante said. "He has broken open some 50 and 60-yard runs because he's strong. He can run through that first and second level if they're trying to get him down with an arm tackle."

Ferrante says Covington is playing well in all phases.

"He does a good job in pass protection, he can catch the ball out of the backfield and he's been able to do a good job in the run game."

Towson is also 3-0 in the early going and the Tigers are ranked 5th in the country in FCS. Last week, they won their CAA opener at Maine, 45-23.

"When you look at them collectively on both sides of the ball and on special teams, they kind of remind me of us a little bit," Ferrante says. "They've got a lot of turnovers on defense, so they have been very opportunistic, just as we have been. They are fast and physical, they're very athletic on defense, they roll a lot of guys through. Again, similar to us in that regard."

Last season, these two teams met on the Main Line with Towson grabbing a 45-35 decision.

Saturday's game in Maryland gets underway at 6 p.m.