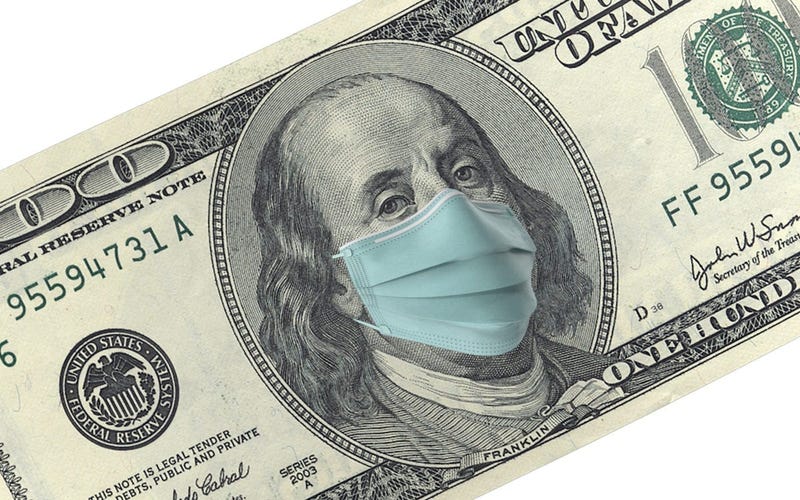 PHILADELPHIA (KYW Newsradio) — The Federal Pandemic Unemployment Compensation program, which gives out-of-work Americans an extra $600 per week, is set to expire on Saturday. A Philadelphia-based advocacy group has been urging Congress to extend the program.

The Labor Department says around 30 million Americans are collecting unemployment benefits. Nearly 3 million Pennsylvanians are collecting the pandemic compensation. The loss of that extra income from the federal government would be a blow to them, their families and the economy as a whole, analysts say.

It didn’t have the same street theater pizazz of an outdoor protest, per se, but more than 100 laid-off Philadelphians and worker advocates joined a virtual rally via Zoom on Wednesday, trying their best to evoke the same impact from home.

Their target on Twitter and Facebook was Republican Pennsylvania Sen. Pat Toomey, who has said any further pandemic-relief legislation should focus on getting people back to work. But that’s not feasible for people who work in the arts or entertainment, with theaters and concert halls closed to the public indefinitely.

“Many of us won’t have work until what looks like to be March 2021,” she said. “Without that income, it will be really difficult.”

Jim Conway is in the same boat, just a different industry. Furloughed since March, he can’t go back to his restaurant job until the pandemic clears. He says he still needs the federal dollars, especially because of the risk of going back to work with a compromised immune system.

"For older workers like myself, it’s still unsafe to work a job where social distancing is impossible in an enclosed area with guests who cannot wear a mask and eat at the same time," Conway said.

“Without the additional $600 pandemic compensation, I would have struggled mightily with my mortgage and trying to put food on the table,” he said. “This way I have a little cushion now, and hopefully things will get back to normal before all that money runs out and we need to extend this.”

Ahmad Mitchell is a Community College of Philadelphia student who worked as a line cook before he lost his job in March. He says the $219 a week in state unemployment benefits is far from enough — especially with the uncertainty in his line of work.

“Because the restaurant industry in Philadelphia has been destroyed by this pandemic, I’m afraid I won’t be able to find a job for a long time," Mitchell said. “It would really be hard for me to help out my family. I have been working really hard to establish myself, but these cuts would send me back to square one.”

As the coronavirus resurges, Philadelphia Unemployment Project Director John Dodds said the estimate for the economy looks even worse.

They’re calling on Congress to extend the program to January.

Senate Republicans are debating the next stimulus bill and how to handle unemployment benefits. Nothing is set in stone. One option that has been mentioned would be lower weekly payments. Earlier this month, Senate Democrats, with co-sponsor Pennsylvania Sen. Bob Casey, introduced a bill that would extend the current federal benefits and phase those payments out based on state unemployment levels rather than an arbitrary date.