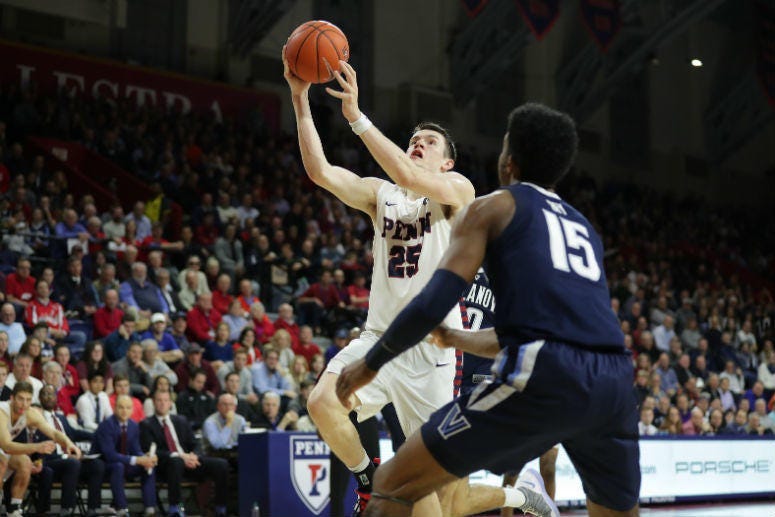 PHILADELPHIA (KYW Newsradio) — The University of Pennsylvania has started broadcasting its men's basketball games in Mandarin.

About halfway through the Ivy league schedule, four announcers started to split the workload or translating home games.

One of the announcers, Jintao Fu, a Ph.D. student in materials science and engineering, said broadcasting Penn basketball in Mandarin is a natural fit.

RELATED: Sixers are No. 1 for NBA attendance

"This is my third year at Penn and since the first day I came here, I knew that Penn has a big Chinese community. There are a lot of Chinese students and scholars. And I know that many students come to see Penn games — they love it," he said.

Kevin Bonner, associate athletic director at Penn, said the idea of broadcasting in Mandarin was hatched early in the season, as some members of the Penn administration were watching the Quakers and their freshman forward Michael Wang, who hails from China.

"Being at a place like Penn where there are so many great campus resources, it really took off from there," said Bonner. "We were able to connect with some campus folks who put us in touch with the four young men who are the Mandarin broadcasters. Really without them, obviously, this doesn't happen."

The broadcasts are available both in the U.S. and China via ESPN+ or Stretch Internet to watch internationally.

However, Penn is not the first to broadcast games in Mandarin in the city. Temple did it for a season a few years ago.