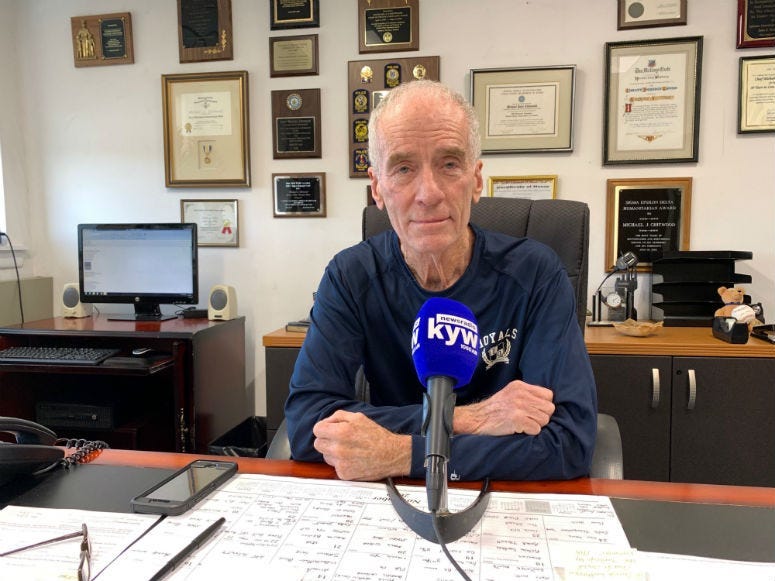 Chitwood said when he looks at his 55-year career as a decorated Philadelphia police officer and stints as chief in Middletown, Bucks County and Portland, Maine, he did it his way.

"I've had a front-row seat to the greatest show on Earth. And that's human life. Human nature," he said.

After 14 years heading Upper Darby's department, Chitwood is retiring. His often indelicate descriptions of suspects earned him his share of critics.

He said that's because he's always been a champion for victims.

The veteran cop said with a new mayoral administration taking over in January, it seemed like the right time to hang up his badge.

"I feel good. I think that I have another career left in me, even though I'll be 76 years old my next birthday. And I've seen it all," he said.