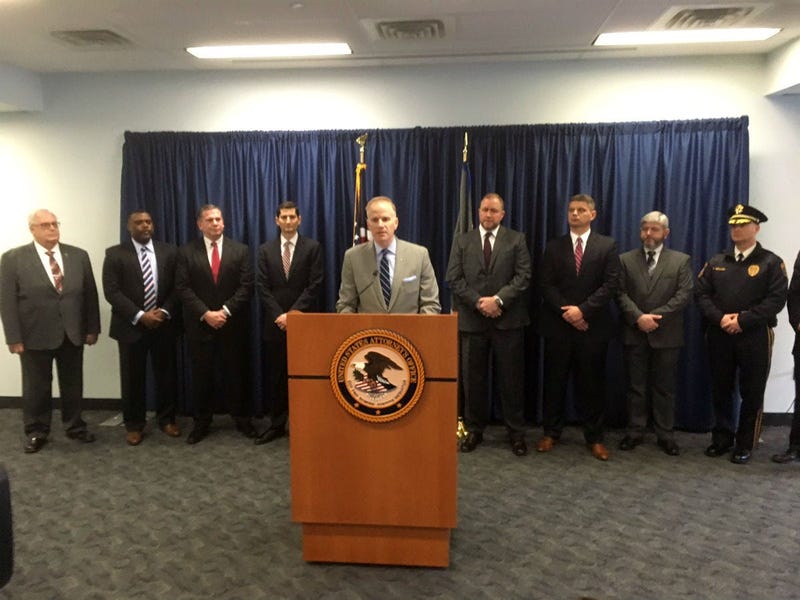 PHILADELPHIA (KYW Newsradio) — Bound by his personal duty to enforce "the rule of law," U.S. Attorney Bill McSwain is going after the nation's first planned, supervised drug injection site in Philadelphia's Kensington section by filing a civil lawsuit backed by the U.S. Department of Justice.

While a safe house for those struggling with opioid addiction may have backers with good intentions, McSwain said flatly it's illegal.

McSwain, who was appointed by President Donald Trump and took office last spring, calls safe injection sites "fundamentally illegal," keeping his long promise that he wouldn't look the other way.

McSwain filed suit against the nonprofit corporation Safehouse, asking a U.S. district court judge to rule that opening it would violate the Federal Substance Abuse Act.

He called the suit a "moderate, incremental, reasonable step," hoping to get a judge's ruling before it opens in order to avoid arrests, prosecutions or forfeiture hearings. They are not going to bring charges against drug users or the social workers and nurses who would be treating them, because the safe house is not open yet.

McSwain said they shouldn't expect prosecutors "to turn a blind eye to wholesale illegal behavior." He asked, "How much political support do injection sites have? None," pointing to Congress, th