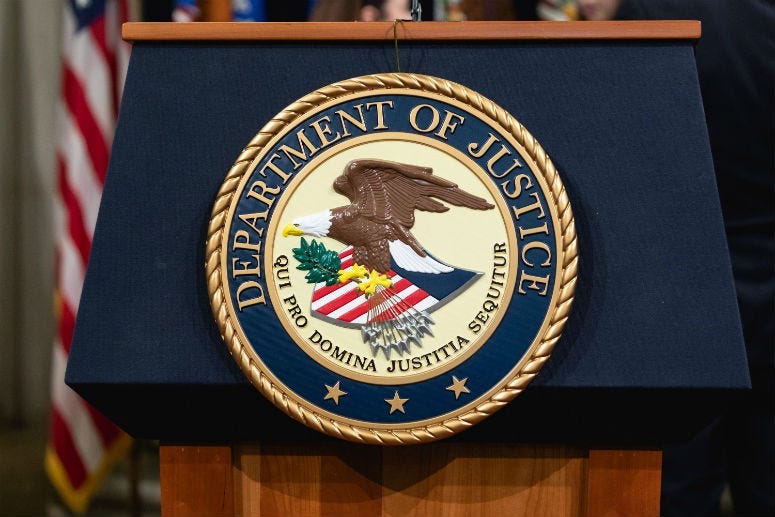 The seizure is likely to heighten tensions between the two countries at a time when US efforts to dissuade North Korea from pursuing its nuclear weapons program have stalled following the failure of the Hanoi summit in February.

The ship, the M/V Wise Honest, was used to haul valuable coal from North Korea that was sold in other countries, including China, according to the Justice Department. The US and the United Nations have said that North Korea has used illicit sales of its coal to fund the country's nuclear weapons and ballistic missiles program.

In a statement, senior Justice Department officials called the seizure the first of its kind, and said it was part of the US campaign of "maximum pressure" against the North Korean government.

"This sanctions-busting ship is now out of service," said Assistant Attorney General John Demers, the head of the Justice Department's National Security Division. "We are deeply committed to the role the Justice Department plays in applying maximum pressure to the North Korean regime to cease its belligerence."

The Wise Honest was North Korea's second largest merchant ship and was capable of carrying tens of thousands of tons of cargo. Prosecutors said the ship was also used to haul heavy machinery into North Korea, including 412,584 kilograms of "steel plate."

The ship is on its way to American Samoa, according to Geoffrey Berman, the US attorney for the Southern District of New York, who spoke to reporters from the Justice Department Thursday.

Berman said the ship was "recently taken into custody" but declined to provide an exact date for the transfer of custody.

The ship was originally seized from the North Koreans by Indonesian maritime authorities in April 2018 and a US judge in July of that year issued a warrant authorizing the seizure of the ship.

Berman denied that the timing of the unsealing Thursday of the seizure warrant had anything to do with the deterioration of nuclear trade talks between the US and North Korea, and the news out of South Korea that North Korea had launched two short range missiles.

"There is no connection at all between the recent activities by North Korea and the unsealing of our seizure warrant. We have been pursuing this for months as indicated in the complaint," Berman said.

The complaint documents multiple shipments of coal delivered from North Korea to China as well as one instance where the ship was scheduled to make a stop in a Russian port, where cargo documents would be prepared to try and conceal the haul's origin.

According to the Justice Department, payments for maintenance and equipment to the ship were made in US dollars through "unwitting US banks."

Indonesian maritime authorities intercepted and detained the ship on April 2, 2018, as it sailed south with safety tracking equipment turned off and a load of coal it had picked up in Nampo, North Korea, one month earlier in its cargo, according to the complaint.

A satellite photograph from March 2018 included as evidence in the complaint shows a ship that appears to be the Wise Honest tied alongside a dock in North Korea with "large quantities of what appears to be coal piled alongside the dock and in warehouses adjacent to it."

"There are also cranes and other equipment that appear consistent with what would be used to load coal into M/V Wise Honest," the complaint says.

The North Korean captain of the ship was arrested and charged with violations of Indonesian maritime law, according to the complaint, which says he was convicted by an Indonesian court in November 2018 of "offenses related to improper documentation for the ship."