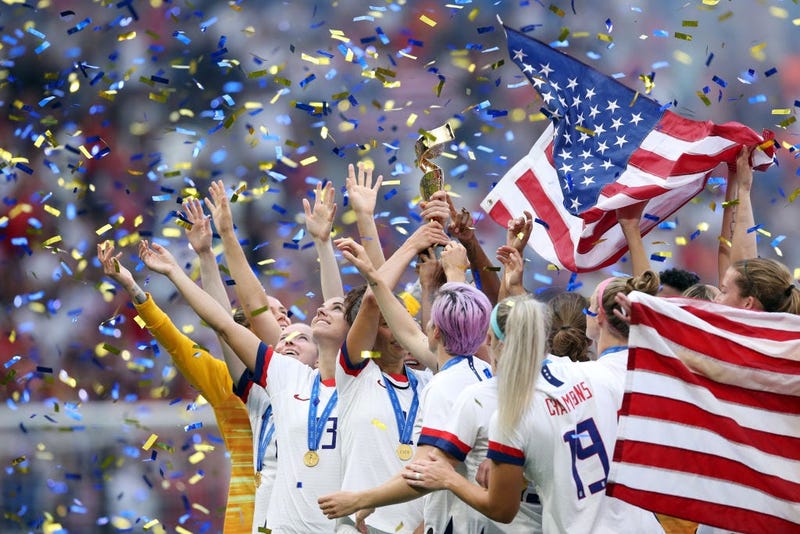 PHILADELPHIA (KYW Newsradio) — Fans of the U.S. women's soccer team have two opportunities to see the world championship team over the next couple days in Philadelphia.

The U.S. Women's National Team, which captured global attention in July by winning the 2019 FIFA Women's World Cup, will be at the Lincoln Financial Field to practice and then to play as part of its 2019 Victory Tour.

An open practice starts at 5 p.m. Wednesday night, followed by a match with Portugal scheduled for Thursday at 7 p.m.

Larry Needle of PHL Sports, a division of the Visitors Bureau, says he doesn't think the ongoing wage dispute with the U.S. Soccer Federation will come into play.

"I don't think so. Thursday realistically is all about soccer, it's all about celebrating these amazing women and their great accomplishment in winning the world cup," Needle said.

But at the first Victory Tour match with Ireland three weeks ago in Pasadena, the crowd erupted into chants of "equal pay" late in the second half.

As of late last week, 44,000 tickets were sold for Thursday's match, which breaks the previous record set in 2015.

On Aug. 29, we'll make some history in Philadelphia ⭐️. A new record is official, beating the one previously set in Pittsburgh.See ya there! » https://t.co/qzgO9Wx89U