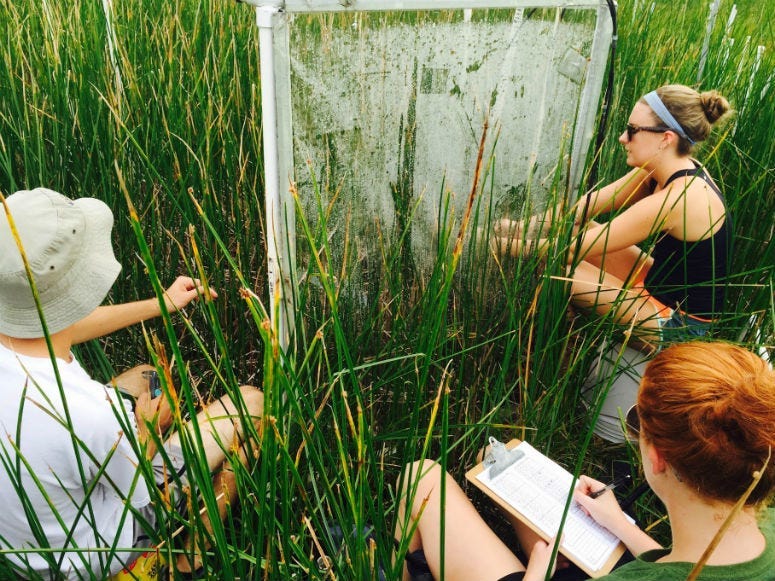 PHILADELPHIA (KYW Newsradio) — The future of animals and plant life on the planet is the focus of a new scientific global Center for Biodiversity and Ecosystem Stewardship formed at Villanova University.

"It's not just a species list, but how abundant is each species? Where does it live? Is that species stable? Is it growing? Is it threatened?" said Kel Wieder, a Villanova biology professor and one of the founders of the center.

"When you put all these species — plant and animal and microbe together — at a particular place at a particular time, they interact with their environment," Wieder said. "And, that's what ecosystem people study."

Wieder said the center's goal is to present scientific findings by researchers in a fashion that's understandable to the general public and to answer the questions in the ongoing debate over climate change.

He said researchers have an obligation to do a better job of communicating science, rather than publishing their findings exclusively in scientific journals.

"Those days are over," Wieder said. "Nowadays, scientists and academic institutions have an obligation to make their work understandable to the general public and to explain how it's relevant and important."

Wieder said the center will highlight the impact of climate on a variety of animal and plant species and sound the alarm in some cases.

"Amphibians and reptiles, particularly amphibians around the planet are declining, so we're in a period of extinction of amphibians," he said.

Wieder, who studies peat bogs in western Canada and their impact on the environment, said they serve a valuable role in reducing carbon dioxide in the atmosphere.

"If you took all the carbon in the world's peat, which used to be CO2, and put it back in the atmosphere, you would increase atmospheric CO2 by 50 percent and it would be a much, much hotter world today," Wieder said.

Wieder said the center pledges to have what he calls a vibrant web presence, social media feed and a considerable outreach to the public.