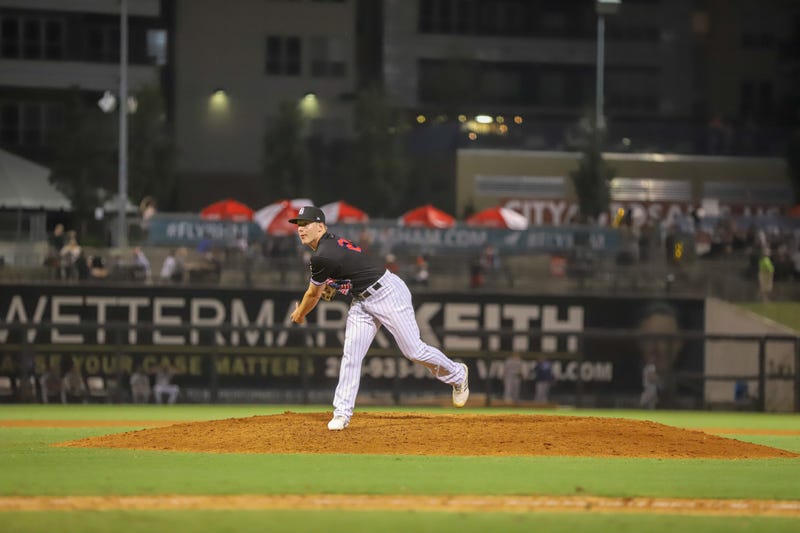 PHILADELPHIA (KYW Newsradio) — A central theme of Hunter Schryver's pro baseball career up to this point has been making adjustments.

After being drafted by Tampa Bay out of Villanova in the seventh round in 2017, Schryver had to adjust to life as a reliever after having success with the Wildcats as a starter.

Then, he had to adjust to a new organization after the Rays traded him to the White Sox at the deadline in 2018.

But through it all, one thing has remained consistent: Schryver gets guys out.

"I never would've said that I would've wanted to be in the bullpen if you asked in college," Schryver said. "Because starting was kind of the only thing I knew, and I enjoyed that. But now that I've done it for two years now, I can't imagine going back to being a starter. I like the adrenaline rush you get out of the bullpen."

The 24-year-old has now spent nearly a year with the White Sox organization, though he admitted the day he learned he was getting traded was "probably one of the weirdest days that I've had."

"A lot of phone calls with people and hearing different things — I didn't really know what to expect out of it," he recalled. "Obviously, you never expect your name to be part of a trade. But I just kept hearing it was a good thing and went in with a good, positive attitude."

Schryver said his time on the Main Line helped prepare him for pro ball.

"Same thing goes here. You have to be a little bit more fine; the strike zone shrinks a little bit; hitters are going to look for more pitches and they're going to be able to hit your mistakes more often, but that's really what it comes down to. At Villanova, that was preached — just being able to throw strikes, get ahead in the count. All those simple pitching things we learned, they continue the whole way up the system."

Schryver and the rest of the Birmingham Barons wrap up a series in Chattanooga Monday night.