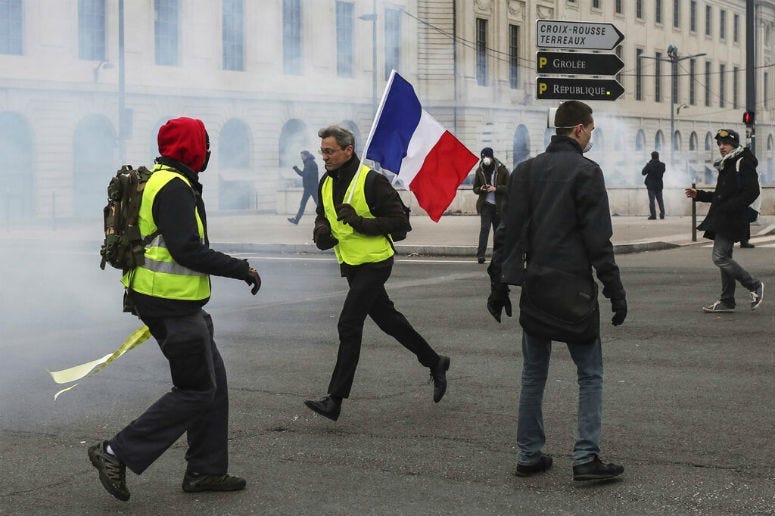 PARIS (AP) — French police are investigating how a prominent yellow vest protester suffered a dramatic eye injury in Paris, as well as other protest-related injuries.

Violence by protesters and the sometimes-aggressive police response have prompted a national debate since the anti-government movement kicked off two months ago.

A counter-demonstration is planned Sunday in Paris by groups calling themselves the "red scarves" and "blue vests" to protest the violence.

Paris police said Sunday they are investigating the eye injury of protester Jerome Rodrigues, among other protest injuries. Video images show Rodriguez collapsed on the ground Saturday near the Bastille monument in Paris, where protesters throwing projectiles clashed with police seeking to disperse them.

The movement sees French President Emmanuel Macron's government as favoring the wealthy. Most of its actions are peaceful.