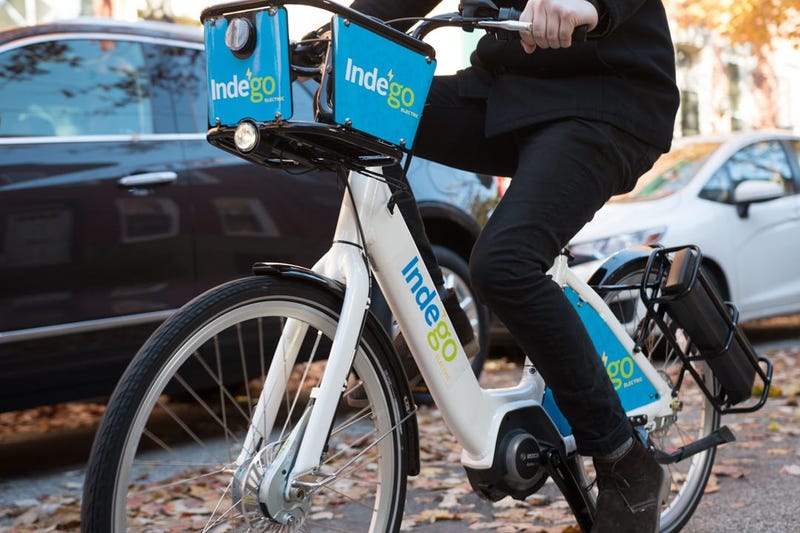 PHILADELPHIA (KYW Newsradio) — The city's electric bicycle program rolled out last May, and now that program is getting fine-tuned. Apparently some riders don't understand the rules of the game.

About 150 e-bikes were put on the street last summer and became wildly popular. The public program is part of Indego, the bike share managed by the city's Office of Transportation & Infrastructure Systems.

Thousands of rides have been recorded since the program started, but some riders defied the expectation that, if you take an e-bike, you also have to bring it back.

"Just like anything, there's some behavior that is not exactly what we'd be hoping for, and some of the bikes have gone missing over the course of the year," said Aaron Ritz, the city's Transportation Programs Manager.

"We had around 150 out on the street at any one time," he said. "Often as not, the bikes did end up coming back after maybe some people just misunderstood the way that the program was supposed to work."

Ritz said there are no plans to add GPS trackers to the fleet because readings in an urban setting are too inaccurate.

The remainder of the e-bike fleet has now been pulled off the streets for maintenance, and Ritz says they've called in the cavalry.

"We've actually partnered with the Philadelphia Police Department to keep their eyes peeled for bikes that aren't where they should be. And we're stopping folks and letting them know that the bikes shouldn't be out at this point, and if they have them, they're getting those bikes back to the operations staff."

Ritz would not say how many e-bikes are missing, but he adds, no one will face charges if they have an one and turn it in.

He says the fleet will be back on the streets sometime in March.