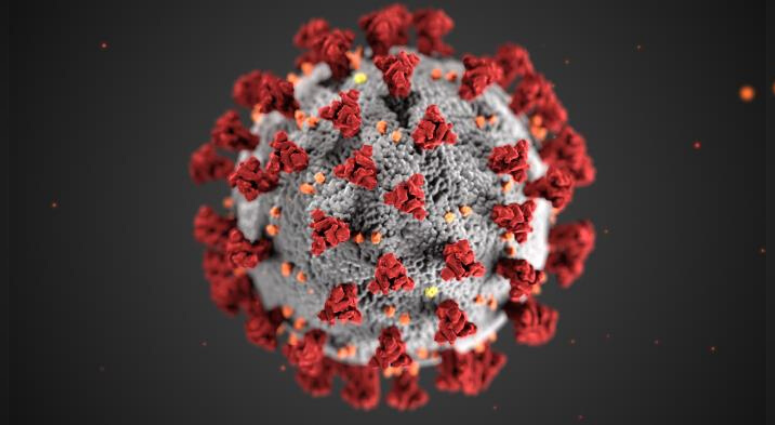 For the latest on the coronavirus pandemic in the Philadelphia region, sign up for KYW Newsradio's daily newsletter.

PHILADELPHIA (KYW Newsradio/AP) — Gov. Tom Wolf extended a voluntary shutdown order to the entire state of Pennsylvania in an effort to halt the spread of the coronavirus, he said Monday. The order goes into effect at midnight.

On Monday, he extended that order to the rest of the state.

“This isn't a decision that I take lightly at all,” Wolf said. “It's one I'm making because medical experts believe it's the only way we can prevent our hospitals from being overwhelmed.”

In Philadelphia, Mayor Jim Kenney ordered a halt to all nonessential business activity and city government operations for two weeks in the city of 1.6 million people.

Pennsylvania's number of cases continued growing Monday. The Pennsylvania Department of Health confirmed 13 additional positive cases of COVID-19, bringing the total for the state to 76. These confirmed cases also include tests from commercial and hospital laboratories.

The new cases include two in Allegheny County, one in Bucks County, six in Montgomery County, two in Monroe County, and two in Philadelphia.

Officials say all of the patients are either in isolation at home or being treated at the hospital.

As of Monday morning, 670 people have tested negative at the state public health lab, a commercial lab or a hospital.

The new directive is an about-face from Wolf's previous position of not enforcing closures, but asking businesses to do the right thing. On Monday, as he extended mitigation guidance statewide, Wolf reiterated that, in general terms, he is asking people to cooperate voluntarily.

In a statement, the Wolf administration said businesses that did not adhere to the order could face enforcement actions, though no specifics were given as to what those actions might be.

“This has to be self-enforced. This is not your government mandating anything. This is your fellow public servants telling you what the right way to handle this public health crisis,” he said.

Despite repeated efforts to clarify what consequences businesses may face for staying open, neither the governor’s office nor the health department provided any more clarity.

The statement said the Wolf administration would re-evaluate at the end of the 14 days and decide whether to extend the directive.

Montgomery County has 30 positive cases of coronavirus, including the first pediatric case as a 2-year-old has tested positive.

Montgomery County Commissioner Val Arkoosh said they want kitchens to remain open for takeout or delivery service, but if any restaurants or bars violate the governor's order saying no sit-down or dine-in service, they could face enforcement action.

“Montgomery County is prepared to go to court to enforce this order,” Arkoosh said.

To illustrate why such serious steps need to be taken, Arkoosh said Friday, there were 229 people in Montgomery County who were quarantined, meaning they had contact with someone who had tested positive.

As of Monday morning, they had 416 people in quarantine.

“So you can see how quickly, as a person tests positive and we begin contact tracing for them, how quickly this spreads as far as people who have had direct contact,” Arkoosh explained.

The first pediatric case in the county is a 2-year-old from Hanover Township. Arkoosh said the girl lives with someone who had contact with a person who was previously identified as a positive case.

Arkoosh said she’s hopeful the county will announce increased testing capabilities in the coming days. Until then, she recognizes the frustration over how hard it can be to find a testing facility. So she says for minor symptoms, self-isolate and assume you have it.

“Because the treatment for COVID-19 is supportive care, the result of testing if you have mild symptoms will not change what you should do,” she said.

She said if symptoms are life-threatening, to call 911.

The Pennsylvania Turnpike Commission said that cash and credit cards will not be accepted at any interchange statewide beginning Monday at 8 p.m. The measure is designed to keep travelers safe, so that they don't need to stop at tollbooths or interact with tolling personnel during the COVID-19 pandemic, the commission said.

All tolls will be assessed electronically via E-ZPass or the PA Turnpike TOLL BY PLATE program as vehicles travel at posted speed limits through tolling points. Travelers are being asked to still slow down and pay attention when going through interchanges.

As a COVID-19 safety measure, @PA_Turnpike will not accept cash/credit at ticket-system toll plazas starting tonight at 8 p.m. All tolls will be temporarily collected via E-ZPass or TOLL BY PLATE as vehicles travel at posted speeds through plazas. Go to https://t.co/qv8k3a80mp. pic.twitter.com/1LPid2svlx

The restrictions go into effect Monday at 5 p.m. and will last through at least March 27.

All jury trials, hearings, motions, diversion programs — both civil and criminal — will be closed until at least April 1.

Jurors do not need to report and will be recycled into the system.

However, some essential services — including temporary restraining orders, protection from abuse, emergency bail hearings, and juvenile detention hearings — will be held as necessary.

There will be an emergency judge on hand daily to handle emergency filings but all probation and parole interviews will be suspended for two weeks.

Municipal courts will continue hearing video bench warrant hearings for those behind bars.

Montgomery County announced Sunday that county government, courts and court offices will be closed Monday and Tuesday, except essential services.

As for courts, all jury duty and criminal jury trials have already been cancelled through March 26.

Delaware County is taking similar steps. However, while the Delaware County Government Center will have limited staff on hand to be available by phone, it will be closed to the public.

Delaware County courts are also suspending all judicial operations through Tuesday as they request authorization from the State Supreme Court to declare a judicial emergency. That declaration would help them reschedule cases and hearings.

All jury trials in Bucks County courts are now canceled through April 3. Any jury trials scheduled between March 23 and April 3 will be rescheduled.

Other judicial hearings in Bucks County are to be held as scheduled pending future decisions.

The Pennsylvania Supreme Court is giving the chief judges in each county authority to close down court facilities and suspend time limits that normally apply to court proceedings. The high court acted Monday and provided the emergency powers through April 14. The order, however, doesn't affect criminal defendants' right to speedy trials.

Members of the Pennsylvania House are coming to Harrisburg for a Monday afternoon voting session, but Democratic leaders say it is unneeded and puts health at risk.

Minority Leader Frank Dermody, D-Allegheny, said in a email to fellow lawmakers Sunday night that Republican leaders insist on swearing in a newly elected member and voting for COVID-19 legislation that the Wolf administration has said it does not need.

Among the possible topics for debate are House rules changes to allow the chamber to conduct business remotely. Dermody said Democrats “have significant concerns” with the Republican-drafted proposals.

House Speaker Mike Turzai, R-Allegheny, told members that Wolf has requested legislation to be moved, although Wolf said Friday there was nothing his agencies needed.

Tuesday and Wednesday voting sessions were possible in the state Senate to address funding, schools and employment issues related to the virus, a Senate GOP spokeswoman said.

Meanwhile, three elections to fill vacancies in the House were expected to go forward as scheduled Tuesday.

House Republican leaders on Sunday said they based their decision not to postpone the elections in part on the fact that absentee balloting is already underway.

All three seats are open because the previous occupants, all Republicans, were elected to other positions last fall. The seats are based in Mercer County, Bucks County and Westmoreland County.

However, as of Monday evening, the Pennsylvania House took the step of changing its rules to allow members to vote from their districts.

Normally, the House requires that members be present in the Capitol building to vote on legislation. The rule change will expire when the governor’s emergency declaration expires or is rescinded.

The number of medical professionals getting infected with the fast-spreading COVID-19 in Pennsylvania is growing.

St. Christopher's Hospital for Children in Philadelphia closed its trauma department and closed its intensive care unit to new admissions after a physician was diagnosed with the illness.

The physician, who worked in the intensive care unit last Monday through Wednesday, did not acquire the infection in the hospital, the hospital's acting CEO, Ron Dreskin, said in letter posted on the hospital's website.

The case at St. Christopher's follows reports in recent days that a Lehigh Valley Health Network staffer and a Children's Hospital of Philadelphia cardiologist had met with patients before testing positive.

The virus that has stricken tens of thousands around the globe causes only mild symptoms for the majority of the people who become infected but can be deadly for some, especially older adults and people with certain health conditions such as respiratory illness.

© Copyright 2020 The Associated Press. All Rights Reserved. This material may not be published, broadcast, rewritten or redistributed.