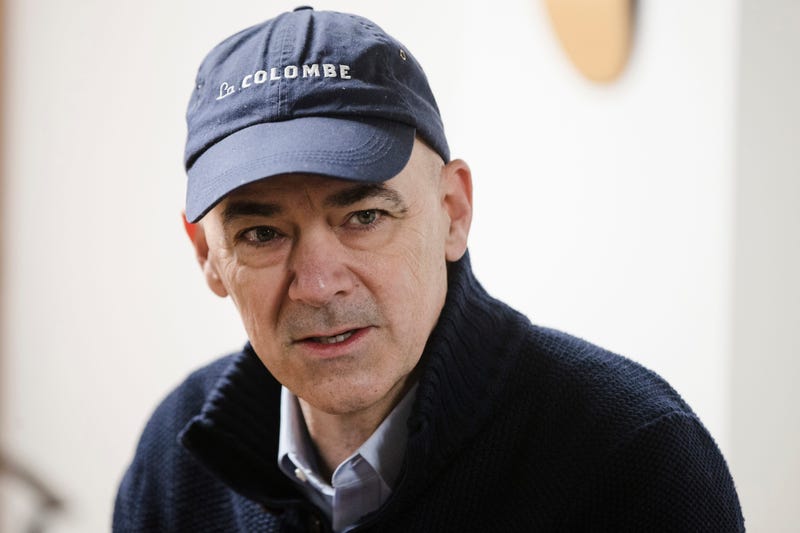 PHILADELPHIA (KYW Newsradio/AP) — A Pennsylvania school district that warned parents behind on their lunch bills that their children could end up in foster care — and then rejected the La Colombe CEO's offer to pay the overdue charges — is apologizing and says it wants to accept the donation after all.

The Wyoming Valley West school board "sincerely apologizes for the tone of the letter that was sent regarding lunch debt," the post on the district's website Wednesday said. "It wasn't the intention of the district to harm or inconvenience any of the families in our school district."

The board also said that it would take a donation from Todd Carmichael, chief executive of Philadelphia-based La Colombe Coffee, to pay off the $22,000 in overdue bills, and that it would funnel the money through the district's nonprofit foundation.

"No student was ever denied a meal for lack of payment," the board wrote, adding it followed federal and state rules. "All meals served to students were chosen by the students from our regular menu. No shaming occurred and no alternate meals were provided."

"The school system was threatening the parents to take the children away, to put them into foster care if they didn't pay these bills," Carmichael said, which is why he was shocked to learn that school board President Joseph Mazur initially rejected his offer Monday.

"This isn't the sort of behavior that I would expect from people that are responsible for educating a lot of our children," he said. "We were told these families were affluent enough to pay these bills, that they were doing this on purpose. Even with the knowledge that 65% of the population of that area is living below the poverty line."

The rejection gained so much attention online that even Pennsylvania Lt. Gov. John Fetterman stepped in and called out district officials on Twitter.

Pleased the district has rethought their position with no further lunch shaming. https://t.co/yhKUfuUsj9 https://t.co/kskWowoUim

"I thought it couldn't possibly be real," said Fetterman. "I mean, this is out of a Charles Dickens novel, threatening that kind of thing."

Fetterman said Gov. Tom Wolf has done a lot for the education system in Pennsylvania, but this shows their job is never done.

"The job isn't done with devoting the resources we need to provide every child with the best possible education in Pennsylvania," he added.

Michael Plaksin, president of the Wyoming Valley West Educational Foundation, said the decision to take the donation was made during discussions he had with members of the school board.

"What is going on is that the school will be able to accept money, donations, so that we will be able to pay off the program as soon as possible," Plaksin said. The foundation is independent of the board, he said, although they work closely together.

District officials had recently written to parents, warning they "can be sent to dependency court for neglecting your child's right to food," and that children could be removed and placed in foster care.

"Did people make mistakes? Of course mistakes were made," said Plaksin, a Wyoming Valley West graduate. "Look, if three more people had proofread the letter before it was sent out, it never would have been sent out. It was that simple."

State Rep. Aaron Kaufer, who attended district schools and represents the Wyoming Valley West area in the Legislature, said that when he could not get a district official on the phone Wednesday, he went there in person, and that after a long meeting officials told him the district would accept the money, funneled through the foundation.

"This issue needed to be laid to rest," said Kaufer, a Luzerne County Republican. "We needed to get back to focusing on education."

A spokesman for Carmichael, Aren Platt, added that the district's plan was cause for optimism, but that Carmichael wants all the parents who received the letters to be contacted and told the debt has been paid off.

"This process has not given us a ton of confidence in the elected school board of Wyoming Valley West," Platt said. "This is great, if they have figured it out, if they have legally figured out how the money moves and all of that, we welcome that."

School officials have said they considered serving peanut butter and jelly sandwiches to students with overdue accounts but got legal advice warning against it. For the coming five school years, Wyoming Valley West has funding to provide free breakfasts and lunches for all students, regardless of income.

"I learned in economics," added Carmichael, "there's no such thing as a free lunch, but I don't agree. There are such things and there should be such things."