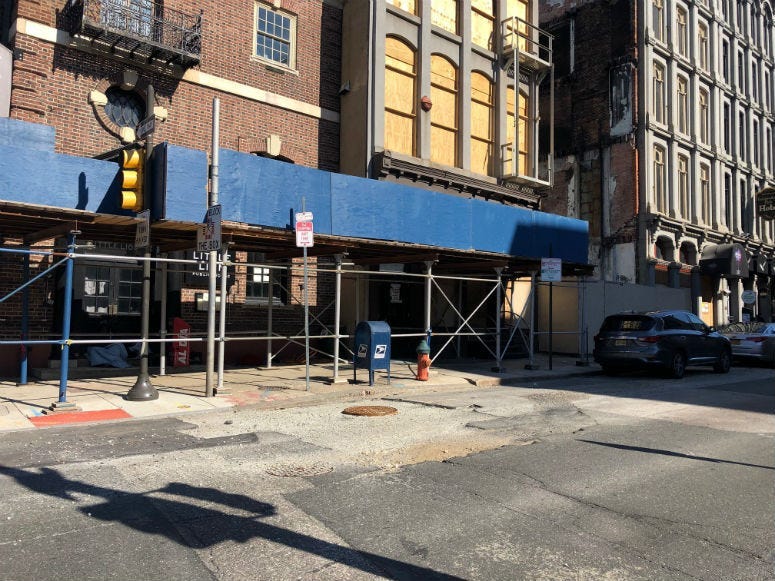 PHILADELPHIA (KYW Newsradio) - Monday marks the one-year anniversary of a 4-alarm fire that ripped through a condo in Old City. The fire forced road and business closures for months.

Just ahead of that one year mark, the ATF has now ruled the fire arson.

"You just feel sick," said Xenos Gifts owner Tina Hu. "Who would do that?"

Hu's store is located a few doors down from 239 Chestnut Street where that fire broke out in February of 2018.

The businesses between Xenos Gifts and the corner of 3rd and Chestnut Streets are still boarded up. Signs from L&I are still on the windows deeming them unsafe.

"My store ended up being closed for five months because of water damage," she said.

She, too, is stunned by the arson news.

"It's a shame, it's really sad," she said. "The loss of pets and the loss of business was really impactful, but it could have killed somebody."

Sieber said she has become close with her fellow business owners in the area, as they have all become very supportive of each other this past year.