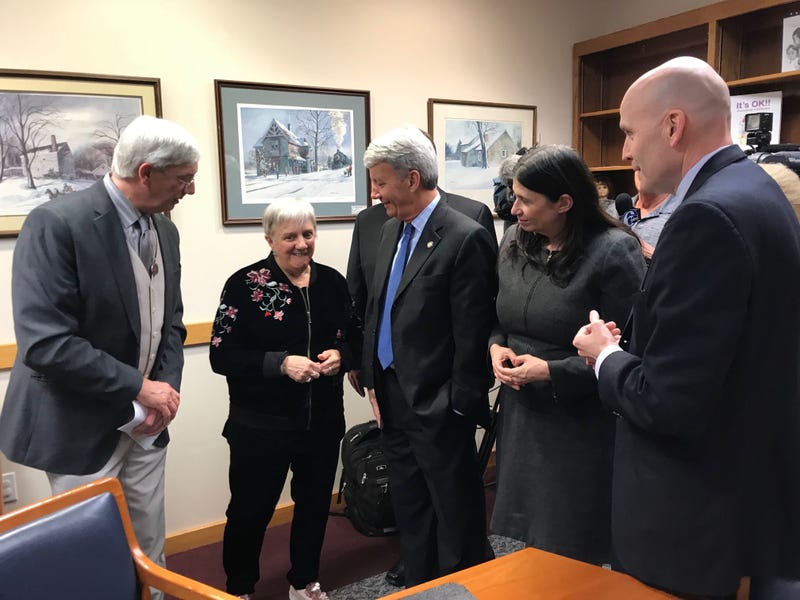 WEST CHESTER, Pa. (KYW Newsradio) — Lawmakers and law enforcement in Chester County met with advocates of people with disabilities Thursday to push for the expansion of hate crime protections.
In a crowded conference room inside the Arc of Chester County, District Attorney Tom Hogan played the video of Barry Baker, who, two years ago, mocked a man with cerebral palsy outside a convenience store, and then punched him in the face for no apparent reason.

.@DATomHogan, speaking @arcofchesterco narrates the **disturbing video** of Barry Baker hitting a man with CP to emphasize the need for @SenKillion’s legislation that would expand hate crime protections to include disabilities. @KYWNewsradio pic.twitter.com/CYkd5v96AV

"The chief of police in West Chester brought this to me and said, 'This is one of the worst things I have ever seen,' and the worst he can get is one to two years in prison," said Hogan.

"It’s nothing new," he said. "It's not rocket science. It’s just taking the same protections we currently give for race, color, religion, national origin to those with disabilities. It just makes perfect sense."

Karen, a self-advocate at the Arc, hopes the legislation gets support.

"It’s sad and scary to know that someone wants to hurt a person just because they have a disability," she said.

"We need laws to help protect those with disabilities, because to a bully someone with a disability is a target," Hogan added.