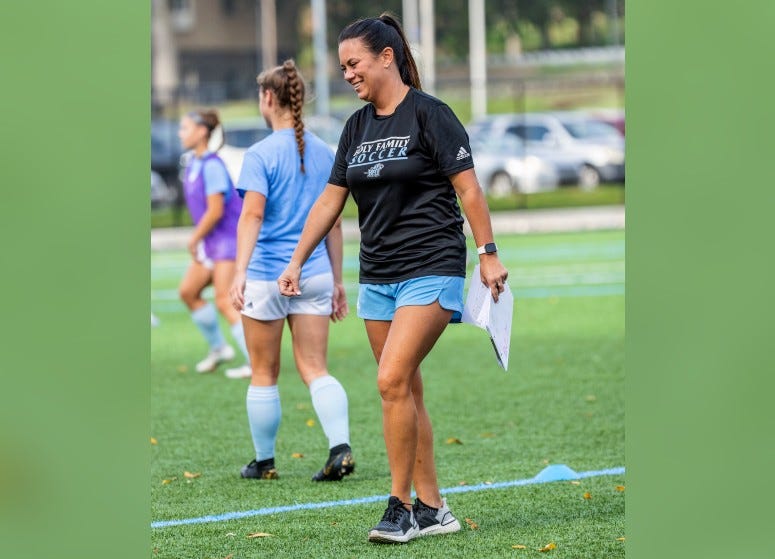 PHILADELPHIA (KYW Newsradio) — Jill Reeves has been the head women's soccer coach at Holy Family University for 10 years, but she's spent almost 20 at the school overall. She first joined the program as an assistant coach under Mike Biddle in 2004.

Reeves is only the third head coach in the program's history. Before coming to Holy Family, she served as an assistant coach at her alma mater, Kutztown University. During her time playing for Kutztown, she was named team MVP in 2002. Her defense during that period allowed the fewest goals in Kutztown history.

Reeves talked about her college career and how she made the switch to coaching on the latest episode of the KYW Newsradio original podcast, "1-on-1 with Matt Leon." Below is a lightly edited excerpt from the conversation. 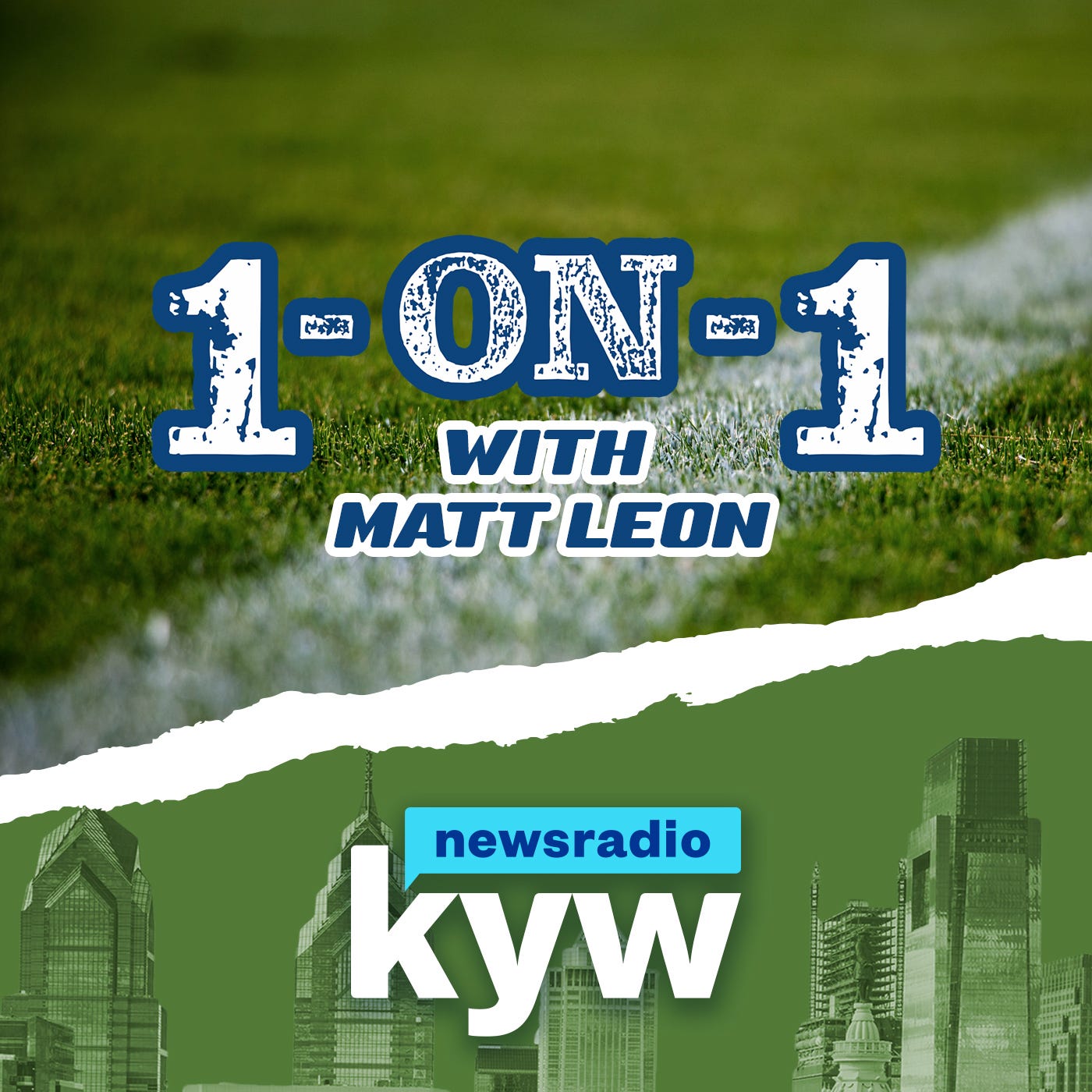 Matt Leon: So you're a year helping out at Kutztown. And then you come to Holy Family in 2004 as an assistant. Talk a little bit about - what was the opening and Holy Family How did it come together? Were you sold right away? Take me back in time to what I guess looking back now was a pretty big decision in your life.

Jill Reeves: To be honest, it was because I was coming out of college and trying to get my career going and figuring out if this truly what I wanted to do, but coming back to Holy Family, it was only 15 minutes from my house.

And the easy part was, you know, one of my teammates from Little Flower, who I also played with at Kutztown decided being away wasn't for her, so she transferred to Holy Family. I was coming home, we were still you know, in touch. And she was like, "Biddle took over the head coaching job, he needs assistants. Are you interested?" And I was like, absolutely. And I had already had a connection with him because his wife coached me in softball growing up. So it was actually a pretty easy decision for me, being a part of that staff.

The decision's easy. What's the transition like, settling in? Obviously, you mentioned 15 minutes from home, so there's not necessarily the social change when you pick up a lot of times you get when you get a new job. But what was it like just getting a new program, you know, new way things are done, what was it like?

It was definitely a change of pace, in a good way, in a bad way, like, they were very good, too. They were coming off a lot of success. They were part of the NAIA, and then they transitioned over to NCAA Division II. So they were really, really successful, winning championships and stuff.

So that was a first for me coming here because we never got to win a championship at Kutztown. But being only a year, maybe a year or two older than the seniors, I felt, like, a disconnect almost for a little bit. And then you know, a few years in, with the age separation, it started to gel a little bit better for everyone and for myself.

Like I said, it was adjusting to being very close in age to people who didn't play with me, not that they didn't respect me because they did, but they weren't as confident. They didn't know I knew what I knew, because of playing. You know how my teammates at Kutztown, they already just knew. They tried to listen to everything I said and ask me for advice. The adjustment for Holy Family and the program, it was just mainly - that was probably the hardest part, you know, getting them to believe and trust in me that I knew what I was doing.

And you know, sometimes the age, the lack of age gap lingered on few years. But I also felt like I was able to connect the staff with the team because of that, too. So it's like a blessing and a curse a bit ... when you're a young coach. And you know, you have to set boundaries, and it's hard when they're all local as well, and you run into them out somewhere and you're like, "Okay, see you later, you know, like, hi but bye." You know, like putting up walls where you don't want to cross any boundaries.

For more "1-on-1 with Matt Leon," subscribe on the Audacy app, or wherever you get your podcasts.