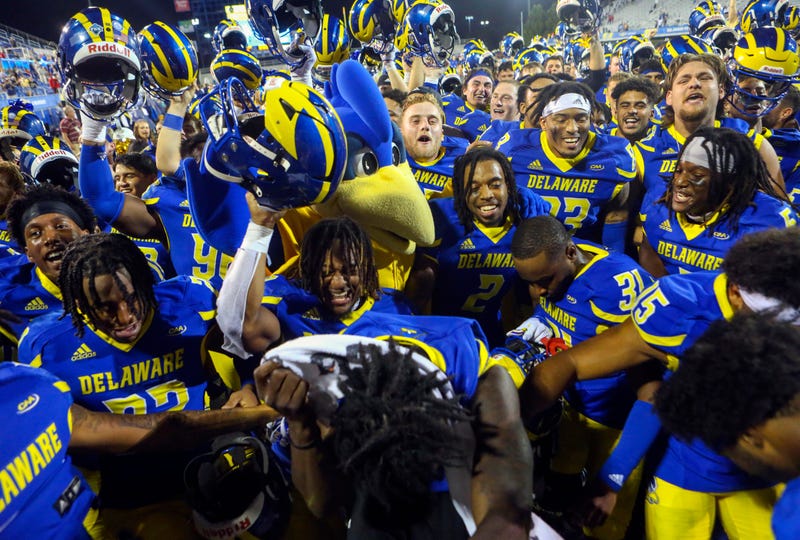 PHILADELPHIA (KYW Newsradio) — The University of Delaware football team is preparing for the FCS Playoffs. The Blue Hens will host Saint Francis of Pennsylvania in the first round on Saturday at 2 p.m.

The Blue Hens went 7-4 in the regular season, 4-4 in the rugged Colonial Athletic Association, but they struggled down the stretch, losing three of their last four, including a loss to rival Villanova in their regular season finale. But their overall strong resume earned Delaware an at-large berth into the field.

“You know I’m thankful that they gave us a chance because I do think we are one of the best 20 teams in the country — I believe that. But I was still a little shocked that they chose us and so hopefully we can run with an opportunity that was given to ust,” said first-year head coach Ryan Carty.

“Our defense is one of the best in the country. There’s three, four, five guys on that defense that are all-conference selections, all-american possibilities. I think that’s probably the backbone of us. Then on the other side of the ball, it’s our quarterback. Nolan Henderson has played a ton of football, talented as heck. Great kid, great leader.”

The Blue Hens will face a Saint Francis squad that is 9-2 — Red Flash champions of the Northeast Conference Championship.