Listen at 7 p.m. — KYW Newsradio In Depth special: "The Road Past the Pandemic." 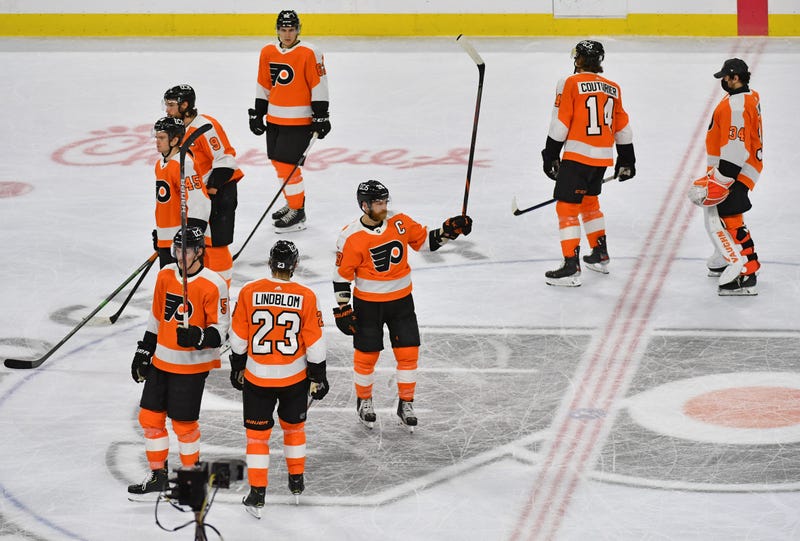 PHILADELPHIA (KYW Newsradio) — Though the Flyers ended their frustrating 2021 season Monday night with a 4-2 win over the New Jersey Devils, head coach Alain Vigneault said he didn't put much stock into it.

It was what he described as one of the team's "meaningless games" since they were officially eliminated on April 29 from postseason contention.

Hear from the Flyers following tonight’s 4-2 win over New Jersey in our season finale.@WellsFargo | #NJDvsPHI https://t.co/JfufI2DK60

The game was indicative of their season in this respect. The Flyers fell behind 2-0 to the Devils about 5 minutes and 21 seconds into the first period. Slow starts doomed this mediocre club on many nights this year, but there were more struggles in South Philadelphia through the season.

Vigneault said it was a difficult season due to the restrictions from the COVID-19 pandemic, and said not being able to practice as much with the condensed schedule hurt their chances of turning their season around.

“I do think that played a part in our game slipping and our season going the way it did," he said.

Vigneault emphasized that every team had to deal with the restrictions, and the disappointing season without a playoff berth was difficult to deal with.

“I sort of felt like I’ve let everyone down here to ownership to our fans to our players just after the start that we had.”

“It was really challenging," said Fletcher.

"Maybe some teams handled it better than we did. I think of the 28, 29 players that were around our team this year counting the taxi squad, 20 players over the course of the last five or six months had COVID.”

Fletcher and Vigneault emphasized the important of the league being able to have a season during a pandemic and understood their situation can’t be an excuse for the team’s disappointing season despite a year of following protocols. 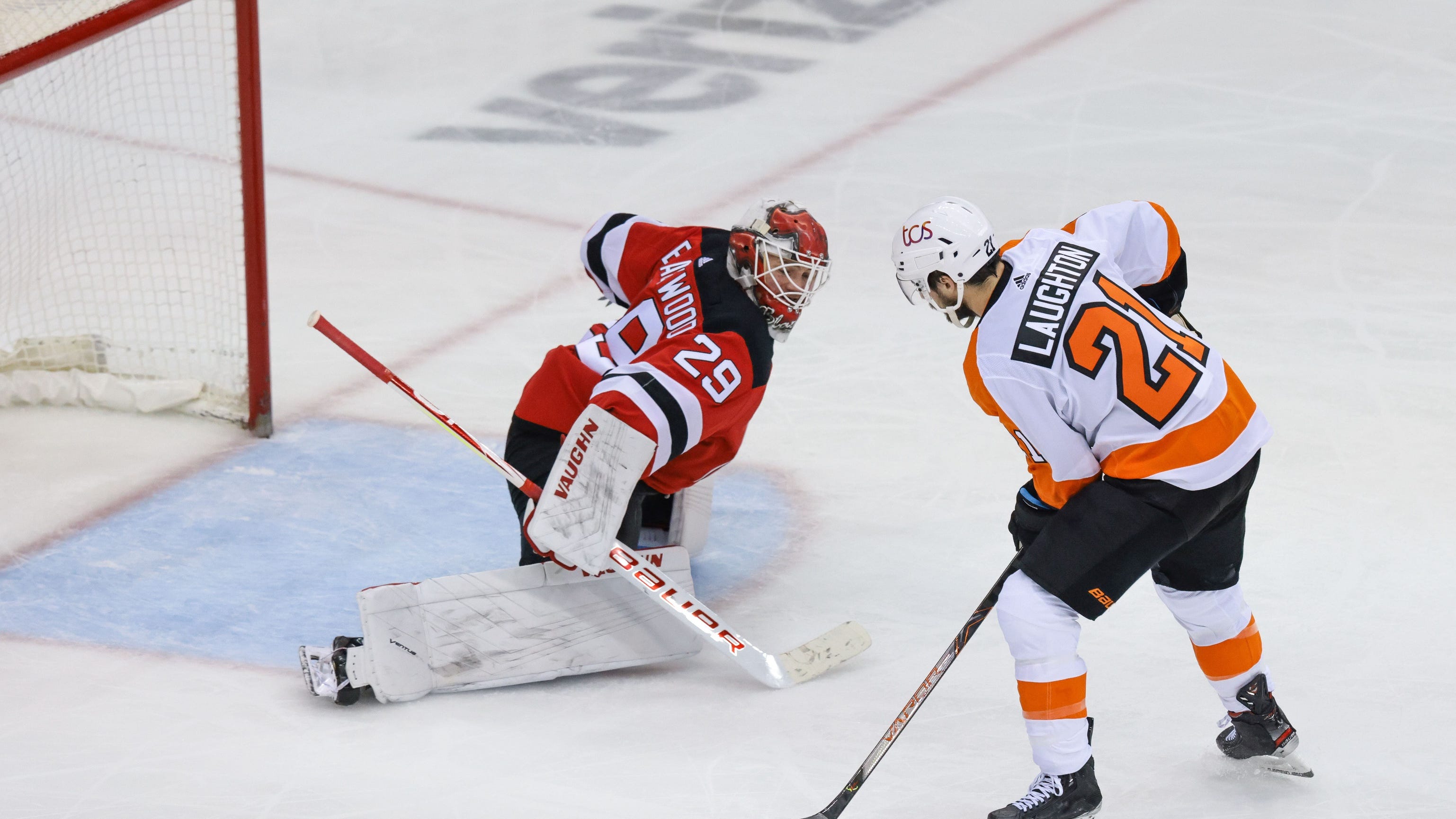 Meanwhile, Chairman Dave Scott praised the continuity of Fletcher and Vigneault, and believes the Flyers are still in a strong position despite the disappointing finish.

Asked before the game what he would change if he could change one thing from this season, captain Claude Giroux pointed to the team's home record.

"Our home record — I think, last year was really good. And this year, that wasn’t the case," he said.

"I think at home, if we would’ve had a better home record, won a few more games, got momentum, I think we could’ve obviously had a chance to make the playoffs here," Giroux said.

The Flyers were 5-2-1 at home before going through a COVID-19 pause that lasted a little longer than a week. When they returned, they went 1-0-1 at Wells Fargo Center. Then March hit, and the team’s downward trend spiraled further. The Flyers went 6-10-2 in games played in South Philadelphia.

Adding to the mystery: March 7 is when a limited number of fans were allowed to attend Flyers games in person. One might expect that playing in front of fans would have given the Flyers a boost, but they couldn't take advantage of the situation.

"Some nights it seemed like kinda easy to play against [us]," said Sean Couturier, a three-time reigning Bobby Clarke Trophy winner (team MVP), after the game, speaking generally about the season as a whole. "And in this league, it’s tough to win games when you’re not hard and tough to play against."

Couturier was not 100% doom-and-gloom at season's end. He summed up very accurately the Flyers' fall from last year, when they were a single win away from the 2020 Eastern Conference Finals, to this, when they missed the postseason tournament altogether.

"I think obviously we took a little step back from last year, but I think everyone can learn and hopefully next year everyone comes into camp in good shape and matures," Couturier said. "Physically we have a lot of young guys that are just gonna get better and better, and I think that’s what we hope for for next year. 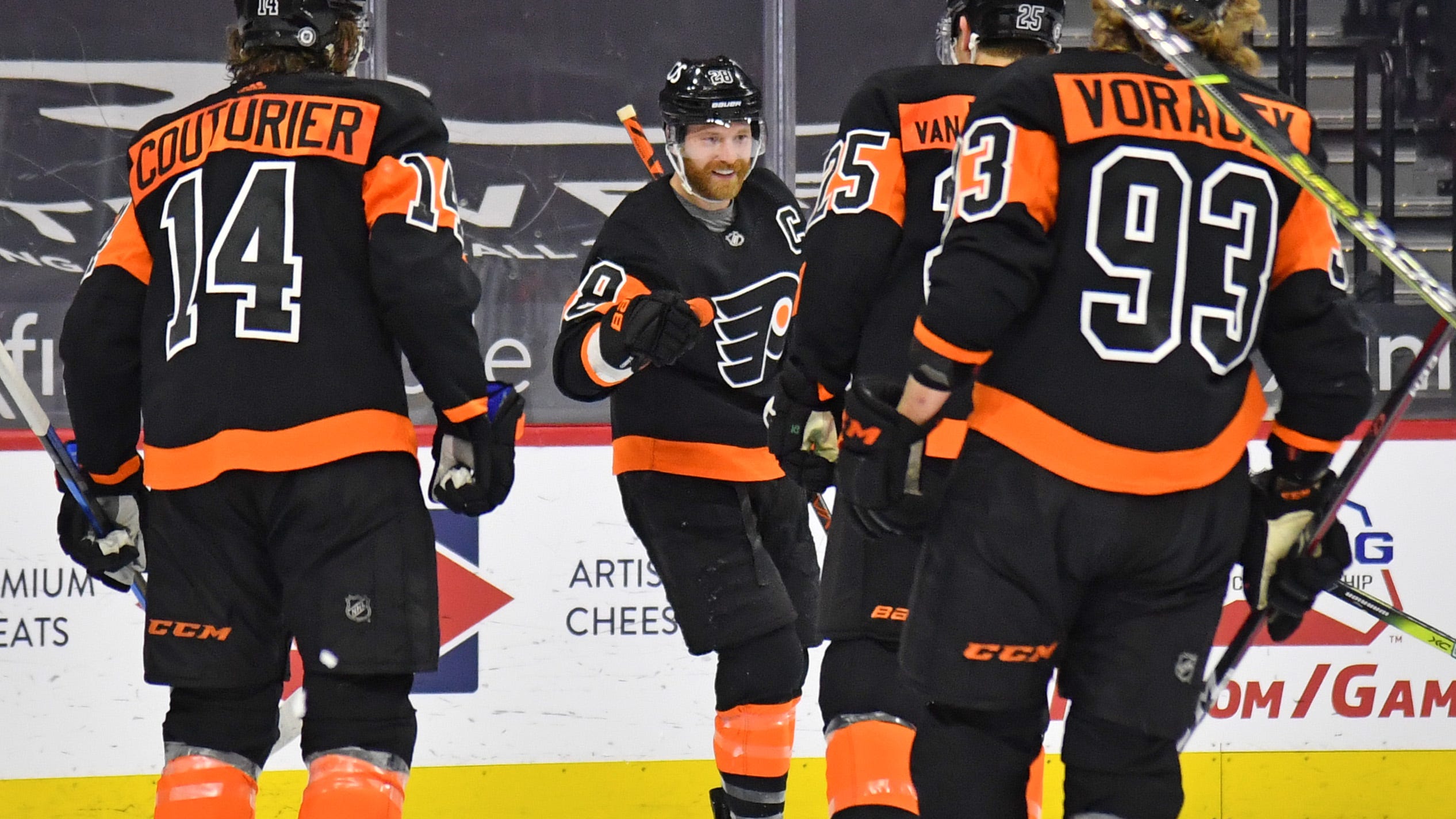