PHILADELPHIA (KYW Newsradio) — Who said you had to be there to know about it?

But that doesn’t mean Joe can’t hold his own with any Philadelphia sports historian.

“The Sixers, it’s gonna be 40 years next year [since they won a championship]. Soon to be 48 for the Flyers. The Phillies [have] two World Series in the 140 years [of existence].”

And Joe has built this wealth of knowledge while having high-functional autism. He has overcome that with his expertise and interests.

“It's an inspiring thing to have somebody like Joe who's so passionate about something to be able to study it and share with people his knowledge,” his older sister Eileen Falchetta said. 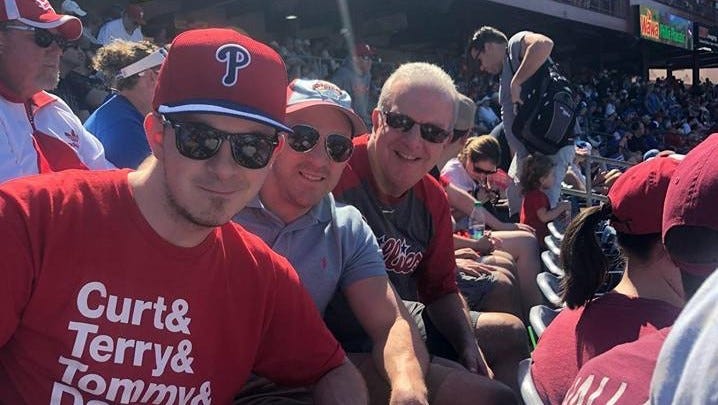 The foundation of a religion

“Our dad kind of always raised us with Philadelphia sports no matter what,” said Eileen. “When we were really little, he would play to us the Bobby Clarke retirement video on VHS and we would go to The Vet with our Wawa hoagies.”

Joe laughed hysterically when Eileen mentioned the Bobby Clarke video. The Falchettas are huge Philadelphia sports fans, who always gather for countless Philadelphia sporting events, even if a team is having a rough season.

They watch Super Bowls together. They have an annual Eagles party in the fall with neighbors on the block.

It’s where Joe’s and Eileen’s other brother met and got engaged to his wife. It’s where Eileen met her partner. They watch Super Bowls together, Phillies games, Flyers games – even when they stink, as Eileen put it.

“It's been a religion,” Joe said of Philadelphia sports. “It's been a family. Something I grew up on and encountered many friends with.” 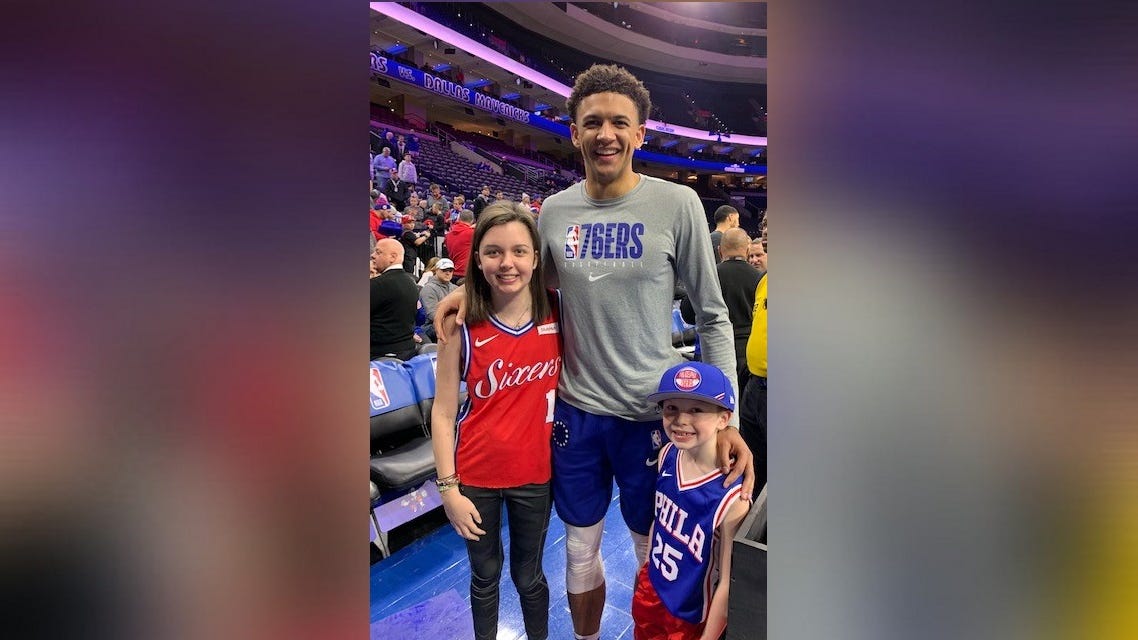 He said he wouldn’t trade these traditions for anything in the world.

Joe lives and breathes Philadelphia sports – decorating his room with memorabilia and always reading the latest book by a Philadelphia sports personality. Eileen told us he goes to Clearwater, Florida every spring to see the Phillies in spring training, and plans his work schedule as a clerk at CVS pharmacy around Eagles games.

Joe said as a kid he would pick up local newspapers daily to go through the sports section and memorize stats and standings. Eileen says he would fill marble copy books up with those numbers, which Joe says would take hours.

“We were like thinking like what is going on here? Like, why do you care so much,” said Eileen. “But then it became a novelty where we would be out and Joe, you could just ask him like who played this game on this date? Who won? Who scored?”

Joe admitted there was a time frame from the late 1990s to late 2000s where he could recite every score of every game, including playoffs, writing so much he’d get carpal tunnel syndrome.

“You could just throw it out at anybody,” Joe said, “and they’ll be like, ‘How did you know that? What did you just know?'" 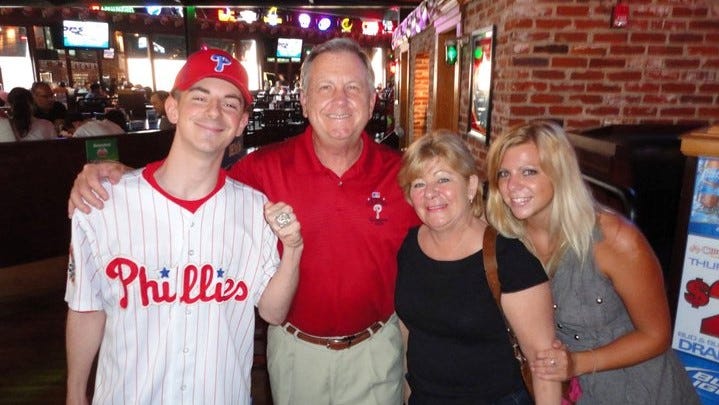 Putting his passion to work

Joe is a graduate of La Salle University and was a part of the school’s sports talk show as a co-host. He’s also a freelance volunteer and reporter for Access Sports Experiences, a non-profit that brings sports opportunities to people with special needs.

In a recent summer, he had the opportunity to gain access to Eagles training camp.

“Joe’s light shines so brightly as a gifted writer, as a kind human being and as a wonderful volunteer,” Alyson Harris, founder of ASE, wrote to KYW in an email.

“Joe is the epitome of how the power of sports can transform the world in joyous and uplifting ways. Through his gigantic love of sports, his gift of joy and his eagerness to help, Joe is an inspiration.” 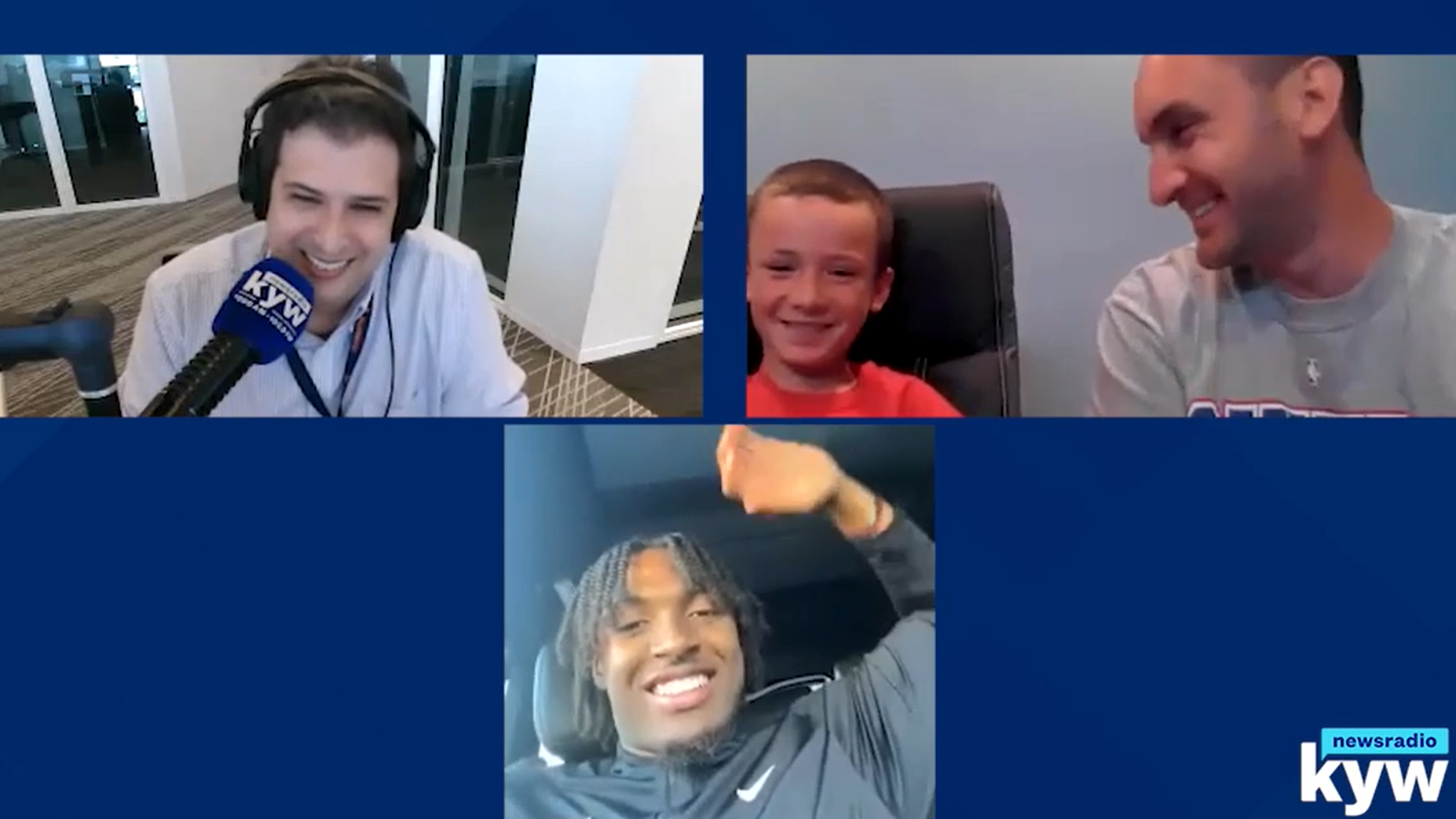 Defending his pride and joy

At the same time, Joe is an admitted booer. But his sister also said he always finds a positive thing about the teams he watches and never wants to leave a game early, because you never know what can happen.

“Snowballs with Santa Claus – that was nearly 54 years ago. Get over it, people!”

He wondered why fans from other markets don’t receive similar negative coverage for incidents that are warranted, and followed it up by mentioning how the Eagles could have a winless season and they would still fill The Linc.

Joe Falchetta – the stat-writing, book-reading, fact-memorizing aficionado from Roxborough – will stand up for his teams, and fellow fans, through thick and thin.

“ESPN and others … They really could do their homework and we have to take them to school. But you can’t fix that.”