PHILADELPHIA (KYW Newsradio) — More than once, Philadelphia 76ers star Joel Embiid has talked about his life being a movie. The latest scene in that movie comes from an MVP-like 36 points in the NBA All-Star Game, shooting 14-20 from the floor to go with 10 rebounds.

Embiid's MVP-worthy night led a chance to share more insights about his journey, one which included foot surgeries sidelining him for two years in college and the death of his brother Arthur after a crash in 2014.

"Going back to Cameroon, I really wanted to stop playing basketball and really retire, because at that point, you just have surgery and everybody's talking about you're not gonna make it or you never gonna play in the league, and obviously, the loss of my brother was a was big. I wanted to give up and I almost did,” Embiid recollected. 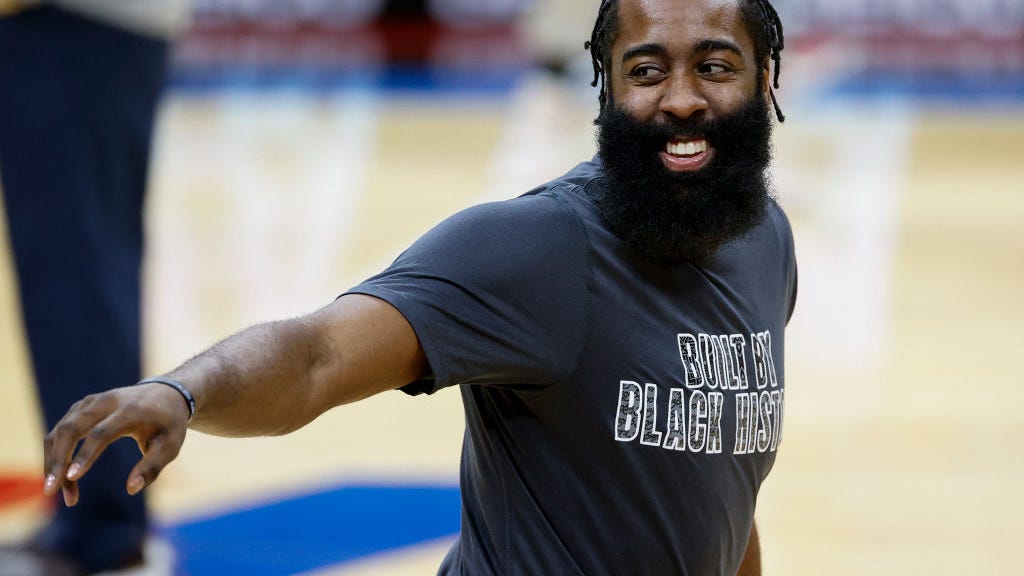 James Harden: ‘Philly was my top choice, a perfect fit’

"Basically you miss two years in a row and all these stories coming out every single day -- Joel is, whatever, 300 pounds -- and the media always talking down on you. It was tough. I had to go through a lot. It was very tough, but, I'm glad I just kept pushing through with the help of everybody around me. I'm just glad. I'm happy to be here."

Embiid enjoyed his fifth starting nod in the All-Star Weekend after he wasn't able to participate last season because he was a COVID-19-close contact. This year he got to bring his young son, Arthur -- who was a highlight during Saturday's media day.

Now, he's gearing up to play with fellow-star James Harden -- who has yet to make his Sixers debut because of recovery from a hamstring issue.

However, Embiid suggested on the TBS "Inside The NBA All-Star Game" telecast that the plan is to get Harden into game action when the Sixers’ regular season resumes Friday in Minnesota.

"That's the plan," Embiid told Turner Sports' Ernie Johnson. "From listening to him, he's getting better every single day. It is the plan and it's gonna be scary."