PHILADELPHIA (KYW Newsradio) — Without breaking down the numbers, including league-wide trends, the Phillies’ expensive offense has seemed underwhelming through 41 games. After a wild come-from-behind 4-3 win over the Dodgers in 10 innings Sunday afternoon, Manager Joe Girardi had a possible — optimistic — reason why: He believes the Phillies' offense will pick it up after facing some tough opponents.

"I still think that these guys are really capable hitters of doing a lot of damage," Girardi explained, “and I kind of looked at some of the [pitching] staffs that we faced lately. They're pretty darn good staffs."

Girardi was referring to the San Diego Padres’ 3.47 earned run average as a team, the Dodgers’ league-leading 2.80 ERA, and the Seattle Mariners’ reigning American League Cy Young winner Robbie Ray, as well as Logan Gilbert, whose ERA is 2.60. The Phils manager mentioned that they have faced dominant Mets pitcher Max Scherzer three times. And there is other great pitching in the National League East.

So, despite the Phils' disappointing record of 19-22, including an 11-13 mark at Citizens Bank Park, he is optimistic going forward -- though it's not as if they will be facing minor leaguers the rest of the season.

"We have to find ways to win games like this," Girardi said after the Phils blocked the Dodgers from a sweep on Sunday.

The Phils were down to their last out twice. They forced extra innings in the 9th and then won on wild play in the 10th, in which Dodgers infielder Max Muncy booted what should've been a game-ending ground out by Alec Bohm. Instead, backup catcher Garrett Stubbs tied the game from third and the speedy Roman Quinn raced around the bags from second base to win the game.

The win capped a brutal 2-4 homestand in which the Phillies scored only 12 runs in six games against the Padres and Dodgers. They failed to build off their 5-2 West Coast trip. This level of inconsistency, mediocrity and — frankly — head-scratching play in some instances has defined this Phillies season.

What's amazing is, even though the Phils haven't clicked and their offense has been up and down at times, they're in the upper half of the league in some statistical hitting categories.

As of Monday morning, the Phillies’ .248 batting average as a team is fifth in Major League Baseball. Their .412 slugging percentage ranks sixth, and their .722 OPS ranks eighth. Their 341 hits is seventh in the league, and 184 runs scored is 10th. Their 48 home runs is seventh — which might be the most telling stat. If they're seventh in home runs but 10th in overall runs scored, maybe they're too reliant on the long ball. 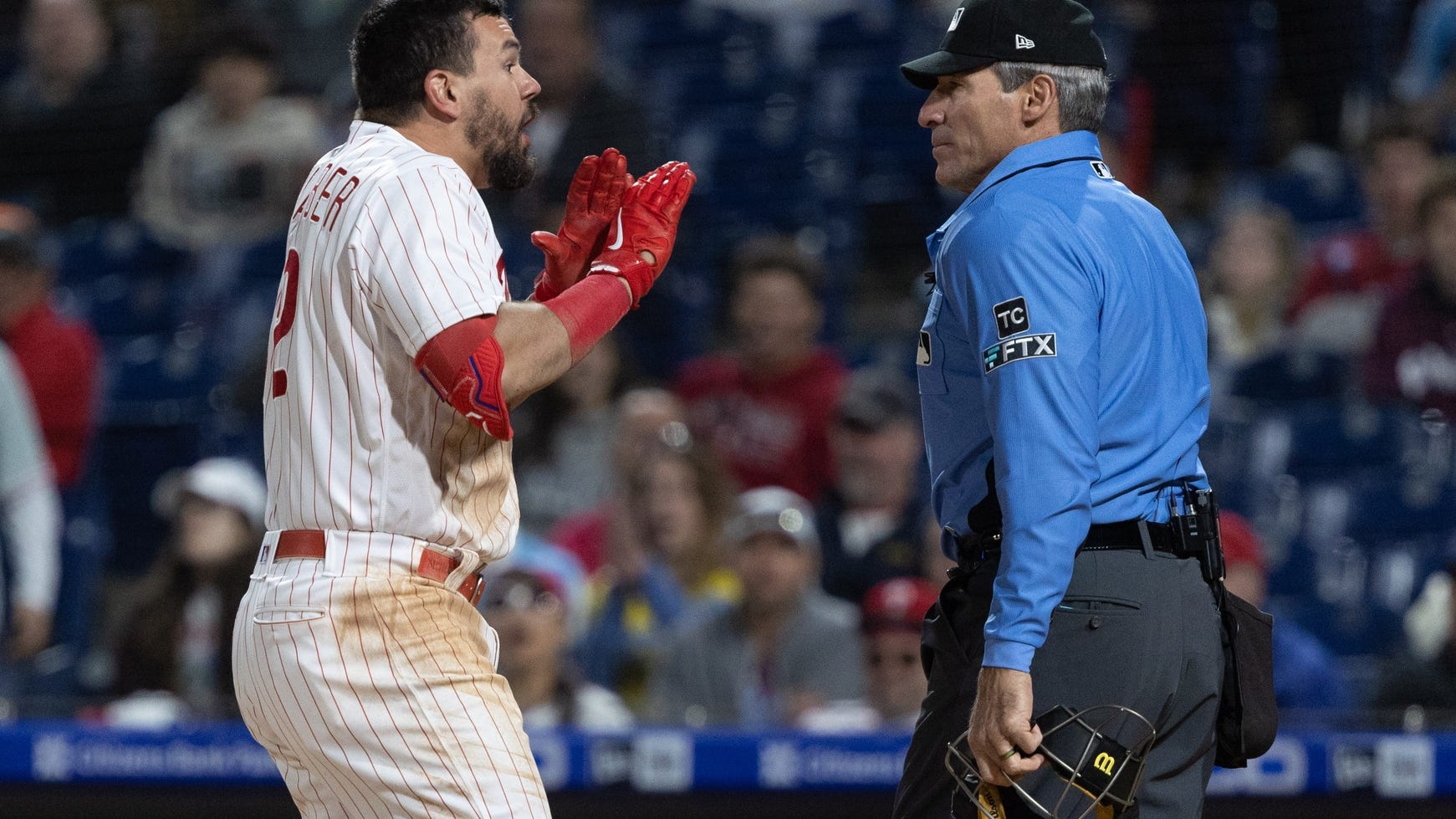 One thing they’re definitely not doing is drawing enough walks. That has been fairly evident in games. Their 115 as a team is near the bottom of the league. That is something that has stood out to Phillies legend Mike Schmidt, as he explained on NBC Sports Philadelphia’s Phillies Postgame Live Program.

“I think we are trying to do too much with our swings. In other words, we’re taking a big swing all the time. It’s not a short, compact, line drive stroke. We’re making it easy on pitchers to pitch to us. We’re swinging a lot of balls out of the strike zone.”

Or, to put it more simply: It’s time for the Phillies to put together a solid two to three weeks of baseball and build some momentum in this season.

After yesterday's wild win over the Dodgers, do you believe the Phillies will finally turn their season around on this upcoming road trip in Atlanta and New York? @KYWNewsradio

Starting pitcher Zach Eflin, who was brilliant on Sunday with 12 strikeouts over seven innings, thinks Sunday's crazy win can set the tone for the upcoming road trip.

"We're all pretty pumped in here," Eflin said via NBC Sports Philadelphia. "We're excited to go on the road and take care of business."

They're long overdue to start doing so. 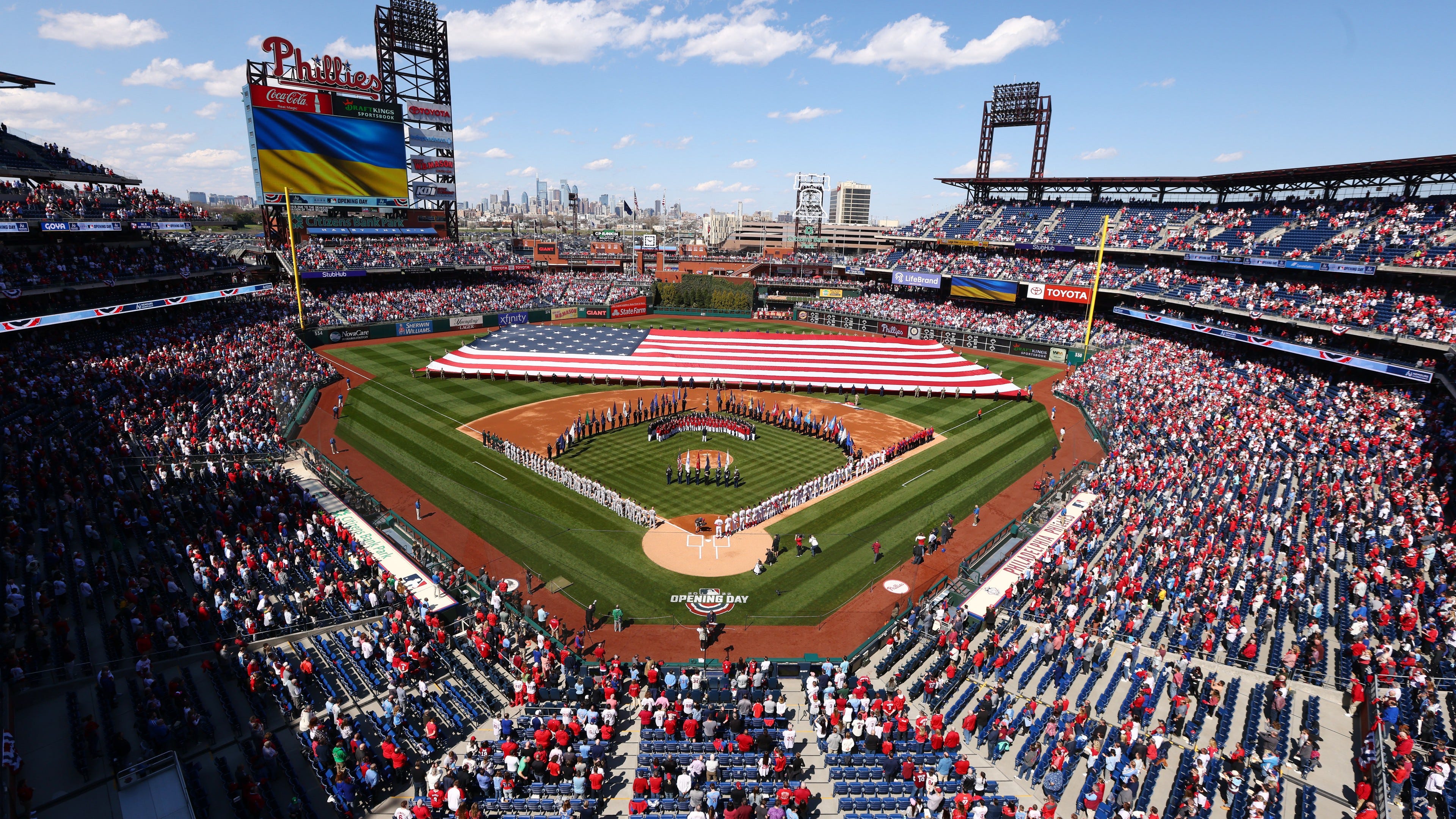