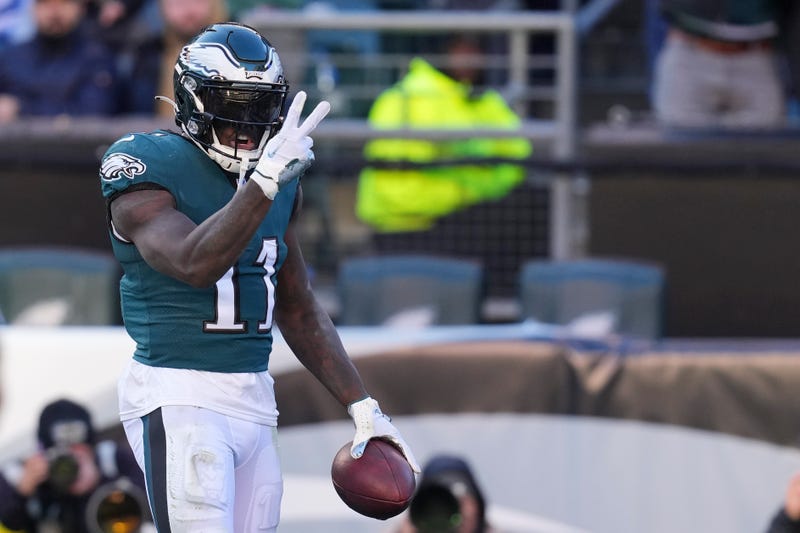 A.J. Brown of the Philadelphia Eagles reacts after scoring his second touchdown of the game against the Tennessee Titans at Lincoln Financial Field on Dec. 4, 2022 in Philadelphia. Photo credit Mitchell Leff/Getty Images
By Dave Uram, KYW Newsradio

PHILADELPHIA (KYW Newsradio) — The game against the Giants on Sunday will be another case of an Eagles player facing his former team.

Last week, it was wide receiver A.J. Brown, taking it to his former team, the Tennessee Titans — who subsequently fired Jon Robinson, the general manager who traded Brown to the Eagles.

This week, it's corner James Bradberry, who the Giants released in the offseason for salary cap issues, only to have the division rival Eagles pick him up.

Bradberry said his focus is getting a win.

“Really, I'm just focused on playing for the Eagles,” he said. “I really haven’t been worried about the Giants.”

Bradberry was one of many productive moves by General Manager Howie Roseman in 2022. Roseman make another one? 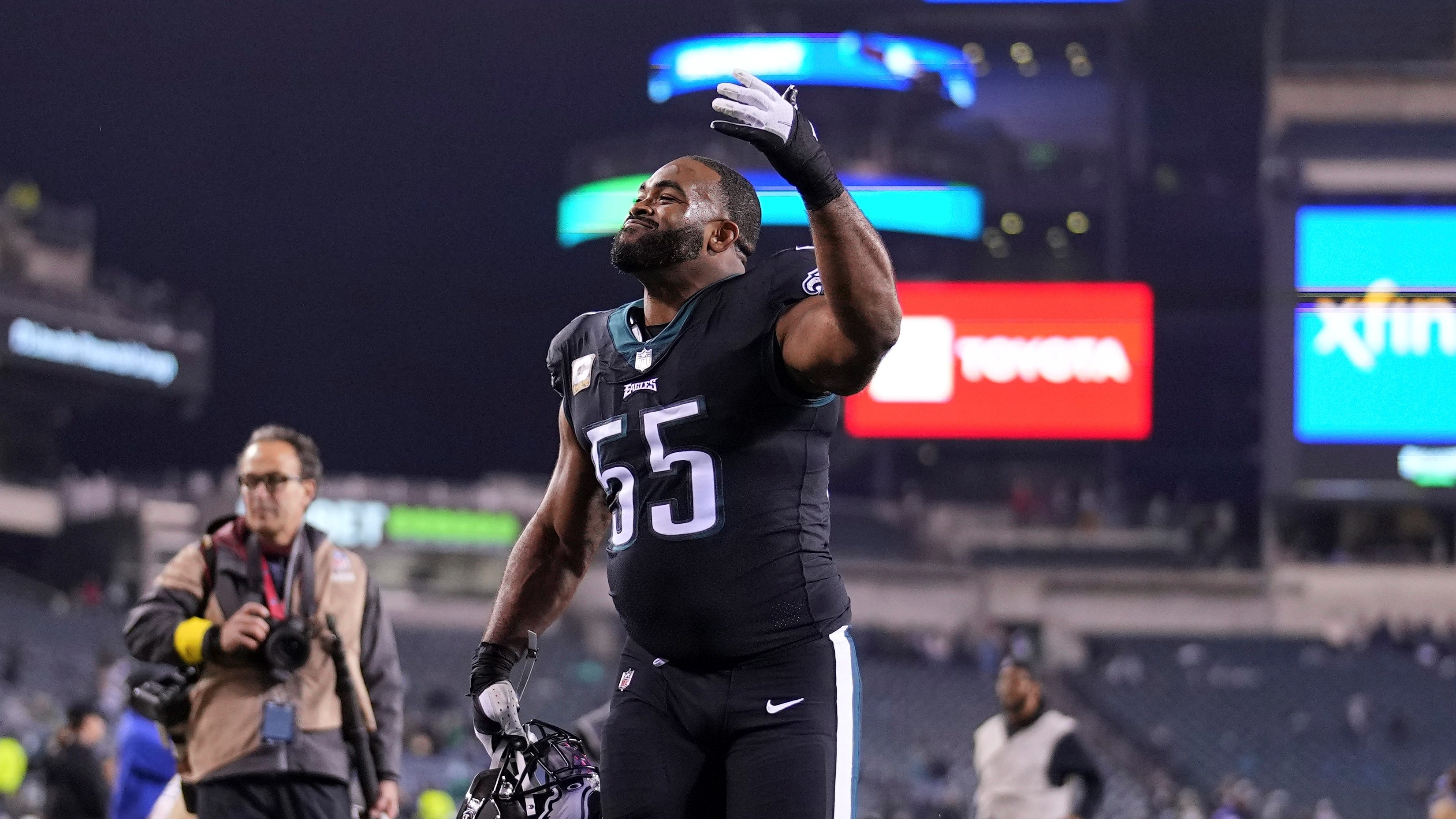 Super Bowl-winning wide receiver Odell Beckham Jr. is on the open market, bouncing back from an ACL injury he suffered in Super Bowl LVI.

So, head coach Nick Sirianni was asked about that report on Wednesday. He responded with praise about the club’s current crop of receivers, but he did not discount the possibility.

The Cowboys courted Beckham, but it sounds like they're concerned about his physical health.