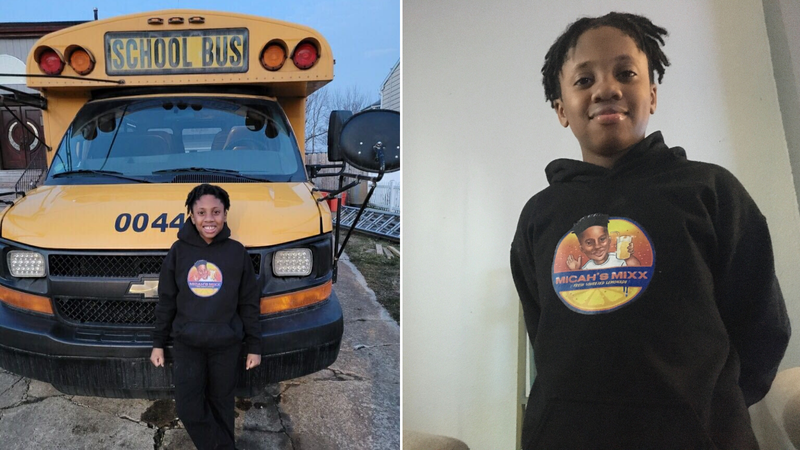 Micah Harrigan made quite a name for himself over the summer with his lemonade and tea stand, Micah’s Mixx. Now, he’s expanding his business into a food truck — rather, a food bus — with help from the community. Photo credit Micah’s Mixx
By Shara Dae Howard, KYW Newsradio

PHILADELPHIA (KYW Newsradio) — Micah Harrigan is taking his lemonade stand on the road.

The 10-year-old from South Philadelphia made quite a name for himself over the summer with his lemonade and tea stand, Micah’s Mixx. He garnered a large social media following, and the business he’s been running with his mother for two years became an official LLC.

But most of all, he received support from members of the community who believed in his success.

Micah’s next step is expanding the stand into a food truck — rather, a food bus.

“Because we’re small, we’re not getting a whole gigantic bus. It’s like a mini school bus,” he said. “The bus is like a whole restaurant on wheels, or at least it will be when we fix it up.”

Micah and his mother, Danielle, are hoping to spruce up the bus by the spring. They created a GoFundMe account to help raise money for it.

“We can start the work, but hopefully the donations will keep coming in,” she added. They hope to raise $10,000.

Micah attributes his success to everyone who has helped him along the way, and he plans to pay it forward once he gets the bus up and running.

“All the support and love from different businesses and all the people who have bought lemonade or supported me,” he said. “Teamwork is a big priority in life because not everyone can do everything alone.”