PHILADELPHIA (KYW Newsradio) — A pregnant woman and a man were shot in West Philadelphia on Tuesday night. This was just one of several shootings across the city.

The 31-year-old woman was hit three times: in her head, wrist and chest. She is in stable condition at Penn Presbyterian Medical Center. Police have not said how far she is into her pregnancy.

"That she survived this ordeal is extraordinary. The baby also survived," police inspector DF Pace said.

The other victim in the incident is a 48-year-old man who was shot twice and drove himself to the hospital. He is also stable.

Pace said the shooting happened outside The Outerspace Club at 54th and Pearl streets. Witnesses tell the cops that at around 9 p.m., three people walked up to a group of people, and one of them fired about 20 shots.

The wounded woman was able to talk to investigators about the assailants, Pace said. "She described them as two females and one male who had fled the scene after the shooting."

It is not clear who among them fired the shots. And police have not said who the intended target was. 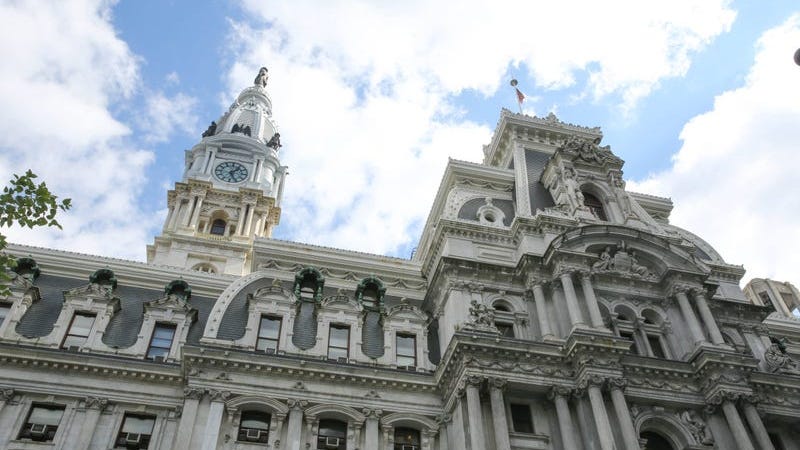 An hour earlier, police said, two men were killed and a third was hurt in a pair of shootings within five minutes of each other on the city's north side.

The first deadly shooting happened just after 8 p.m. near the corner of North 12th and West Huntingdon streets. There, police said, a 29-year-old man was shot once in the chest and three times in the back. Officers took him to Temple University Hospital, where he died about 15 minutes later.

Another man, 27, was also shot numerous times and is hospitalized in stable condition, according to authorities.

Five minutes later, and not far from there, police say, a man in his forties or fifties was shot twice in the chest at 21st and Master streets.

Police transported him to Thomas Jefferson University Hospital in extremely critical condition, and he died at about 8:30 p.m.

According to police, no weapons were recovered at the scene of either homicide, and no suspects were initially arrested in any of these shootings as of Tuesday evening.

Updated homicide figures from the Police Department show 309 people killed in the city so far this year. That is a 34% increase over this time last year.

Philadelphia's 2022 budget includes more than $150 million targeted toward stopping the gun violence plaguing the streets of the city.

CORRECTION: In an earlier version of this story, the age of the wounded pregnant woman, taken from initial police reports, was misstated. She is 31.