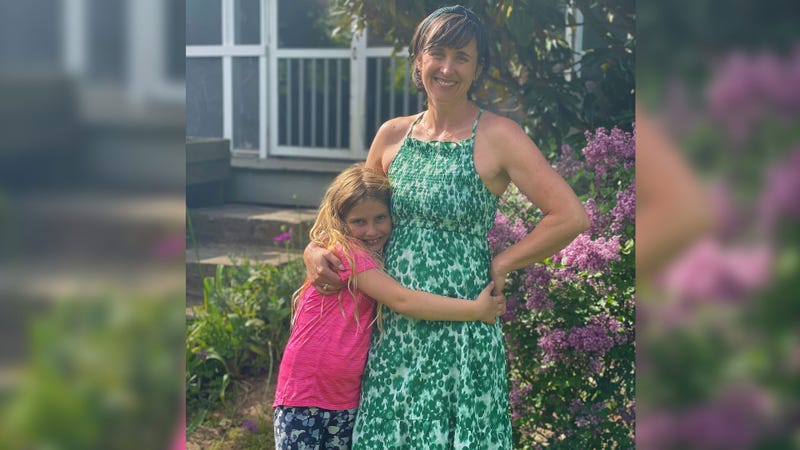 WEST CHESTER, Pa. (KYW Newsradio) – The morning school drop-off routine for Katie Dubow and her daughter Quinn in recent years has been too often soaked in tears.

After a long stretch of remote school, the 7-year-old struggled with the return to in-person classes.

“She would have symptoms of a panic attack,” said Dubow, a Starkweather Elementary School parent in West Chester.

“She couldn’t breathe. She was crying. She wouldn’t get out of the car.  She was holding onto the seat belt.  I would drive away in tears because of the full-on emotional stress that it caused her.”

Once she got to class, Dubow said her daughter was fine. But the battle just to get her in the building took its toll on both of them.

“It was really hard watching her go through that level of anxiety about just what she has to do every day,” she said. “‘You’ve got to go to school. It’s not a choice.’”

Anecdotally, this type of struggle has become more common through the pandemic. 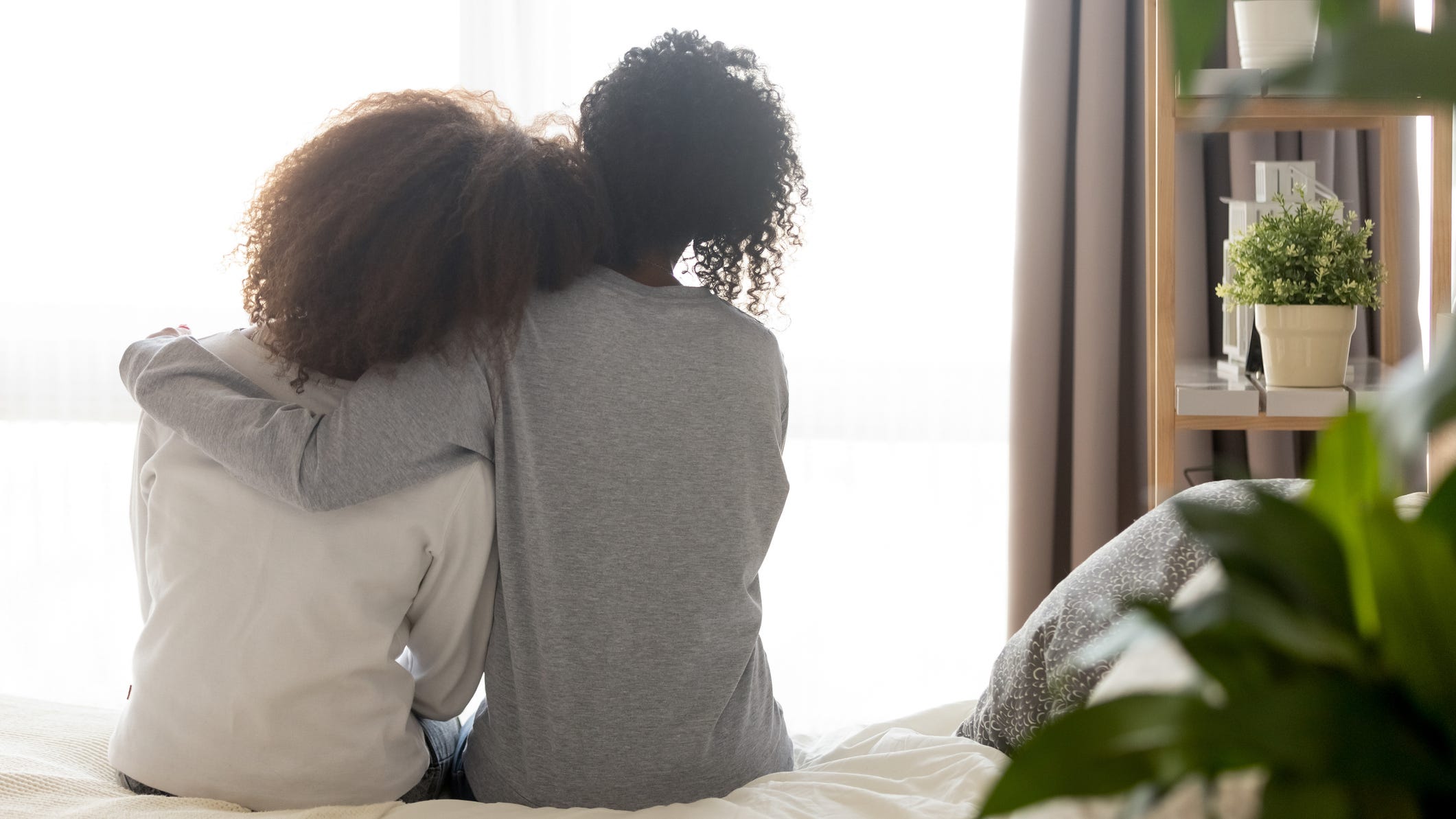 As the 2021-22 school year winds down, educators and parents say the COVID-19 disruptions of the past two years created a particular challenge for second-graders like Quinn, many of whom have been adjusting to their first full year of in-person classes.

Pandemic school shutdowns closed school buildings in March of their kindergarten year for many of these students. First grade was likely all-virtual or a hybrid of some in-person classes, leaving today’s second-graders without the foundation of a consistent school year.

Complicating the issue for Dubow, Quinn couldn’t verbalize the problem. 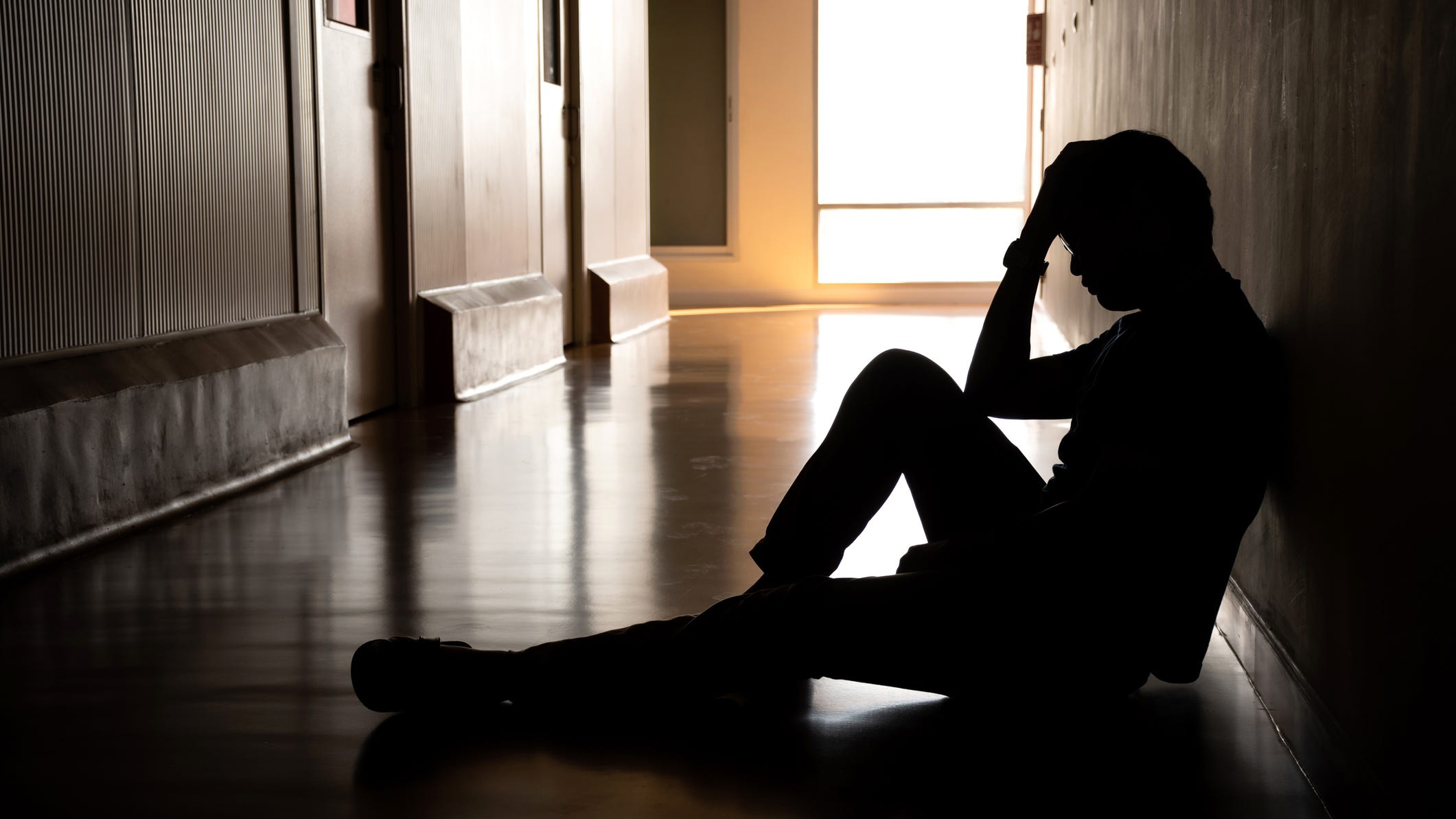 Quinn’s anxiety has eased with time.

“There is light at the end of the tunnel,” she said.

“I did reach out to some parents whose kids I know had anxiety for some therapists’ recommendations, but we never got to that point,” the mom said.

The long-term effect of COVID-19 on schooling will take years to fully understand. Across grades, schools have endured staff shortages, high levels of student absences, and higher rates of mental health challenges.

Academically, a Stanford University study from last year found that second- and third-graders were hit particularly hard, with reading scores “roughly 30% behind what would be expected in a typical year.”

That tracks with Principal Michael Lowe at Cook-Wissahickon Elementary School in Northwest Philadelphia. He pointed to internal data showing second-graders were the cohort needing the most support.

“I have an extra teacher working in the second grade, working with kids. Focusing resources in ways that will help combat some of that,” he said.

‘Students that just aren’t getting it’

Amy Coffman’s son Gabriel, also at Starkweather, has had no trouble keeping his grades up. But Coffman said her second-grader seems to be missing the social development he would have received in kindergarten and first grade.

“You put him into a large group and I see him pull back. He doesn’t know how to put himself out there,” Coffman said.

“I don’t think he has that social interaction. You know, I think that’s what he’s missing.”

The return to classrooms, though, allowed many students to blossom academically. 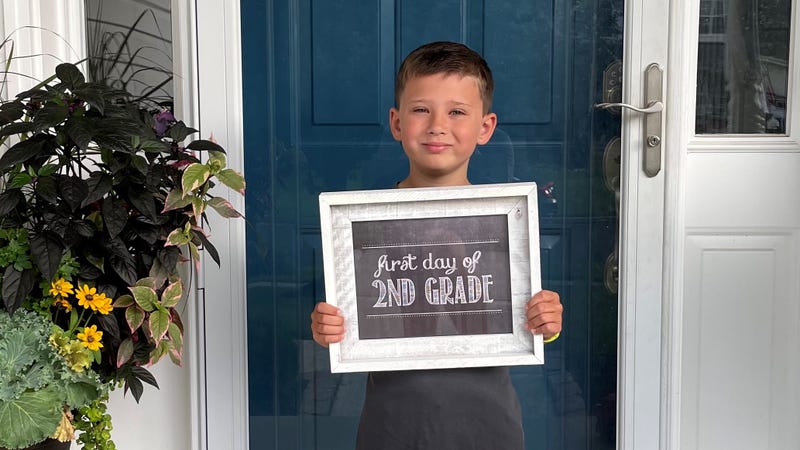 Carol Rogers says the stability of in-person classes has benefitted her daughter Lauralee, a second-grader at East Goshen Elementary School.

“When we went back last April full time, she was excited for that change. ‘Yes! I get to go every day, see all my friends,’” Rogers said.

“Her reading was a bit of a struggle in kindergarten and first grade,” Rogers said. “She was part of the reading program. And then she tested out because she was doing so well when she went in person.” 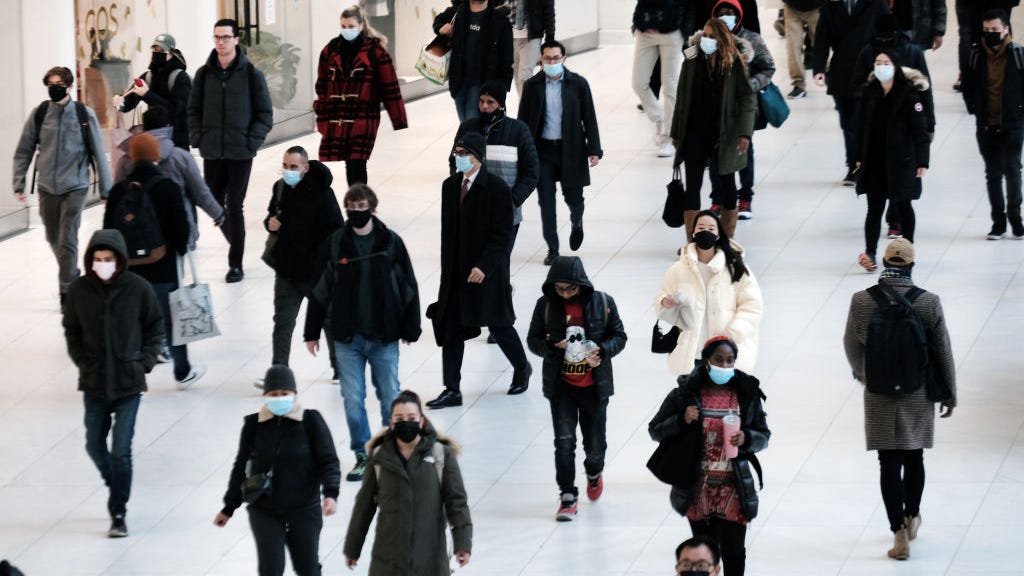 Masks off, restrictions lifted: 2 years later, are we ready for a return to normalcy?

An all-remote first grade seems to have had an impact on her daughter’s grades, said Kristin Wills of West Chester.

“Penelope was home all year last year, and that did affect her academics. She was behind in reading when we started school this year.”

Penelope also had to relearn the rules of her in-person classes at Avon Grove Charter School in Landenberg, Wills said.

“She had a little bit of adjusting in terms of raising your hand, and when to talk and when not to talk.” 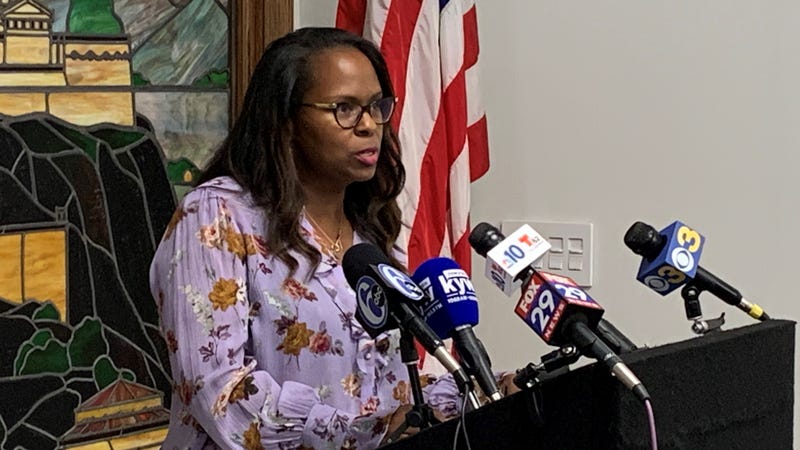 “I still was hearing in November and December, ‘Well, I’m usually the teacher that has my systems in place.  But I still have a number of students that just aren’t getting it,’” Banks said.

Another skill students would have learned in person is the physical act of writing letters of the alphabet and words.

Hannah Levine, a second grade teacher at Hamilton Elementary School in Cobbs Creek, says she found her students having trouble with endurance.

“They didn’t have that writing instruction. So the stamina going along with that, for example, is something I notice my students really struggled with – the actual writing piece,” said Levine.

Levine also said her students’ social development appeared to have been hampered by months of online classes.  She faced outbursts from students over working together and sharing classroom materials.

“We had a lot of big emotions over very small things,” Levine said. “I was kind of surprised by that. But then again, they hadn’t been working collaboratively with materials with other students since they were in kindergarten.” 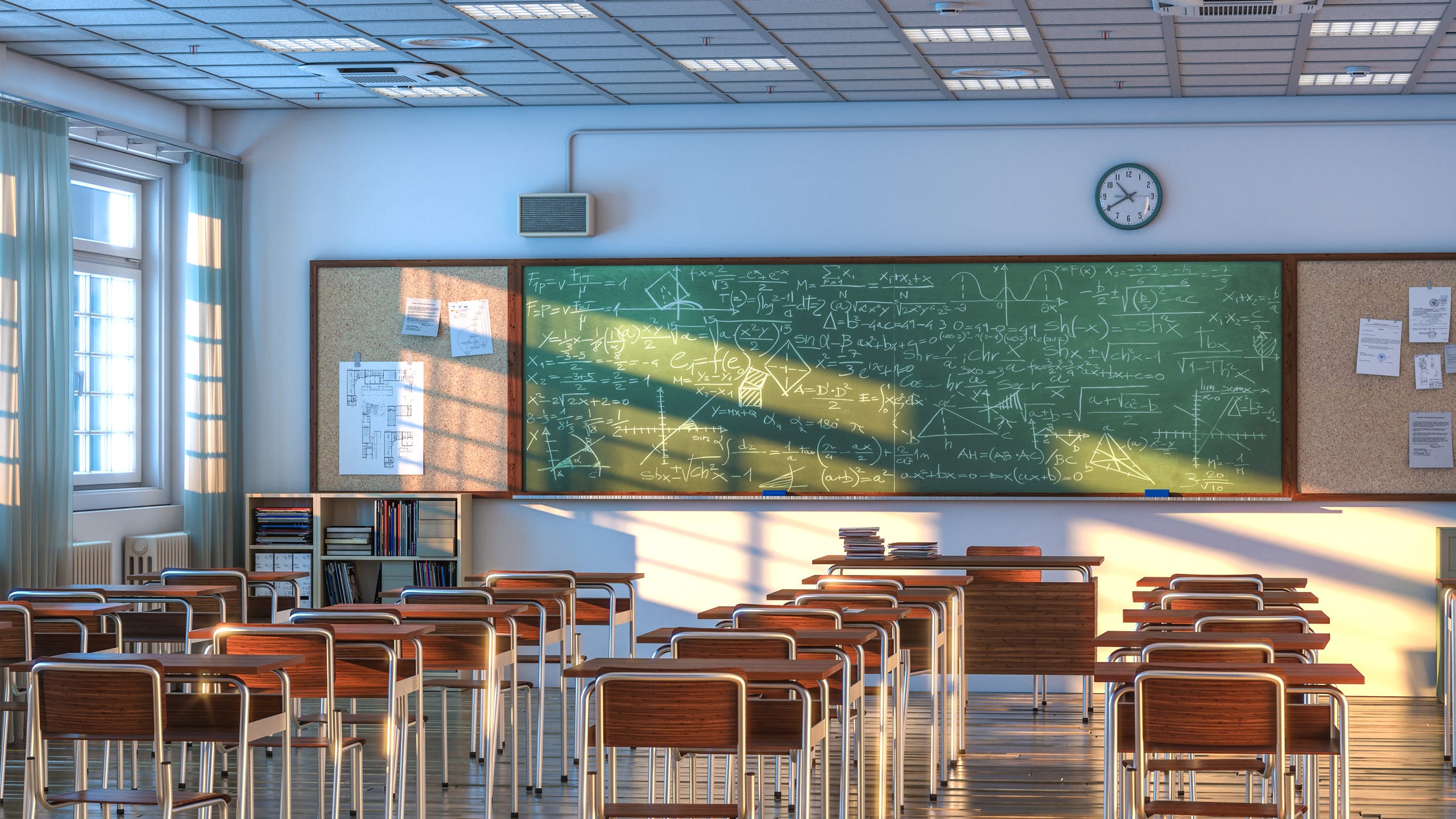 'A real opportunity to educate our students better': Is it time to rethink the traditional school day?

‘Some of the most resilient students’

“Routine was such a big factor,” Heyward said. “I found that in September, they were so excited to be back and to see their friends and not to see them through the screen.”

Heyward said as a veteran teacher, she made a special effort to establish a routine so that her students’ academic performance would rebound.

As part of re-establishing in-person routines, classroom teachers in Philadelphia have held morning meetings where students can talk about how they’re feeling.

“We gave them that extra time to learn how to be in school,” said Lowe, the Cook-Wissahickon principal.

“Usually second grade teachers want to come in and be ready to start the first day of second grade, and you already know how to do this because you’ve been in kindergarten and first grade. But this year, they didn't.” 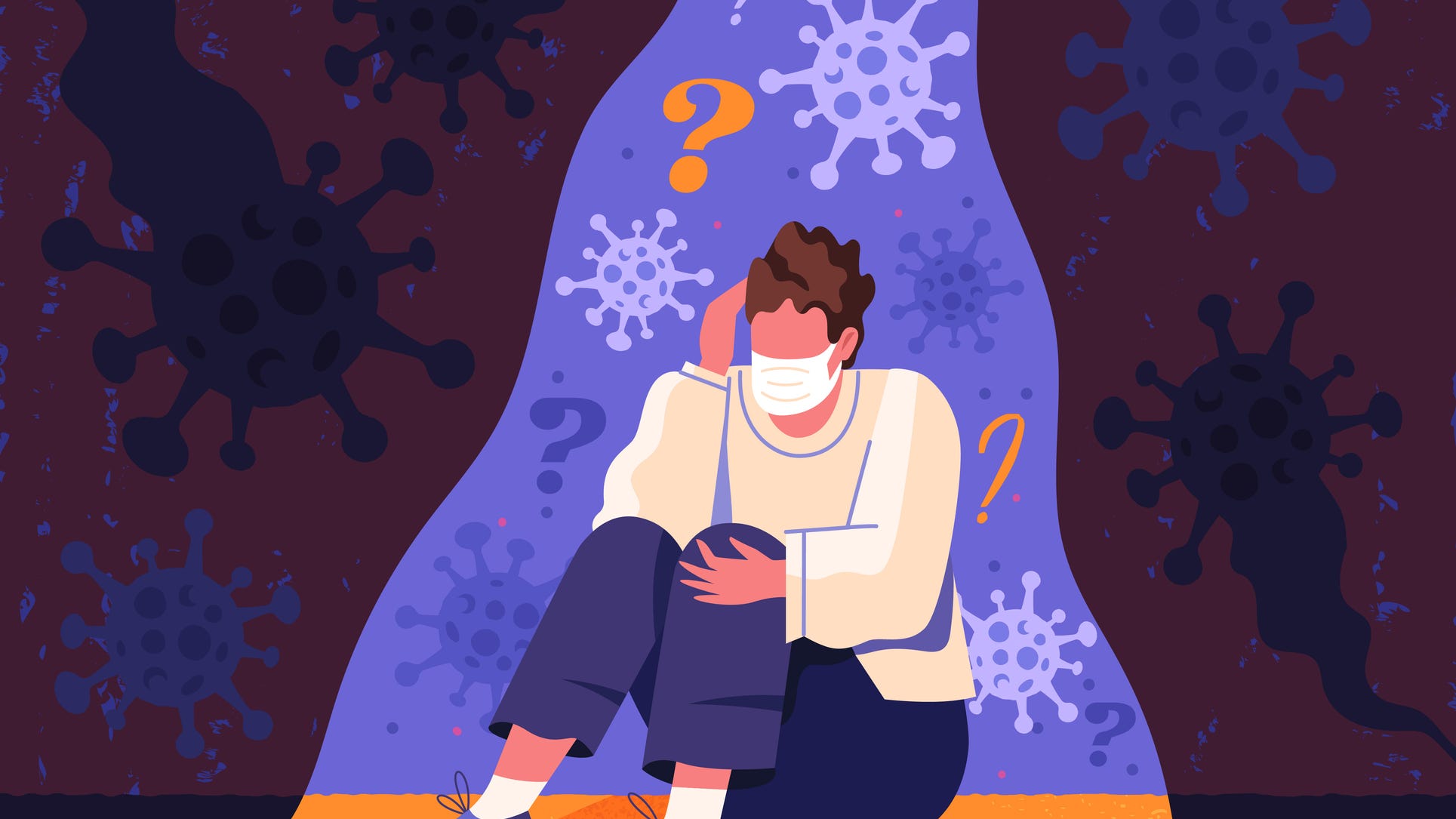 Medical Report: As the pandemic wanes, so should our mental strain

“At this point in the year, I see more of an academic lag, and that is everywhere. That is just something that as teachers we’re going to have to deal with for the next several years,” Wills said.

Wills, though, sees a silver lining.

“While COVID did take a lot of things away from these second-graders, I will tell you that they’re probably some of the most resilient children that I teach,” she said.

Banks, the trauma services director, said Philly schools only have anecdotal data on the effects of the disruption on second-graders.

But she said it’s essential to have multi-tiered systems of support to address both the academic and the social and emotional impacts of the disruption to the structures of learning.

It won’t be a quick fix.

“We might see a couple things like this over the next couple years in response to COVID,” she said. “We’re not done.”

Related podcast: A special episode about your mental health.