Get the latest here.

PHILADELPHIA (KYW Newsradio) — One victim is dead and at least five others have been shot in a drive-by shooting in Philadelphia's Fern Rock neighborhood Monday afternoon.

The shooting happened at about 2:15 p.m. near the corner of North Broad Street and West Chew Avenue in North Philadelphia, near the Olney Transportation Center.

The man who was killed was 26 years old. Police said he was shot in the chest multiple times. 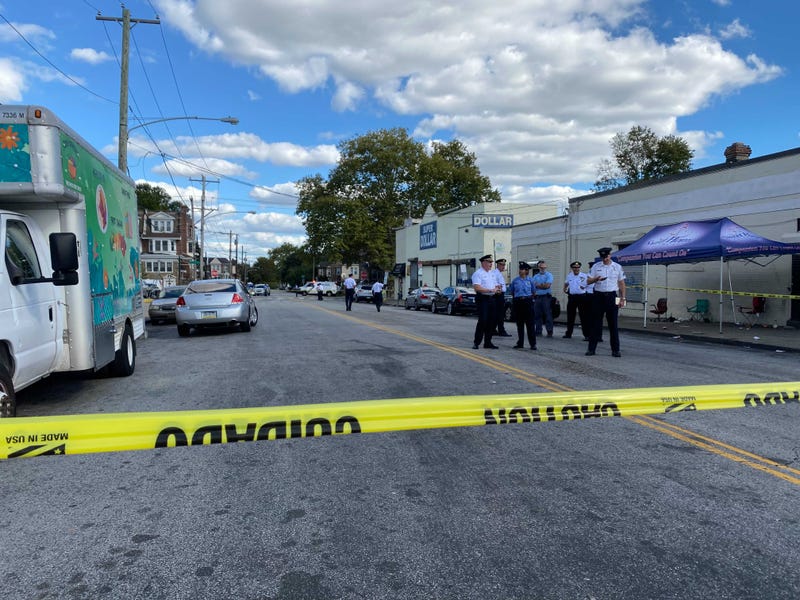 The intersection of Broad Street and Chew Avenue in North Philadelphia, where six people were shot Monday. One of those victims died.