PHILADELPHIA (KYW Newsradio) — Officials released part of the 911 call of the medical helicopter crash in Drexel Hill on Tuesday. Miraculously, the four people inside, including a 2-month-old, were not seriously injured.

From the chopper, the flight nurse tells the dispatcher: “Everybody is conscious. I have one that is not alert. He’s a pilot. He’s a male in his late 40s. … He is breathing. He is talking.

“My main concern right now is the 2-month-old child. I need an ambulance here right away.” 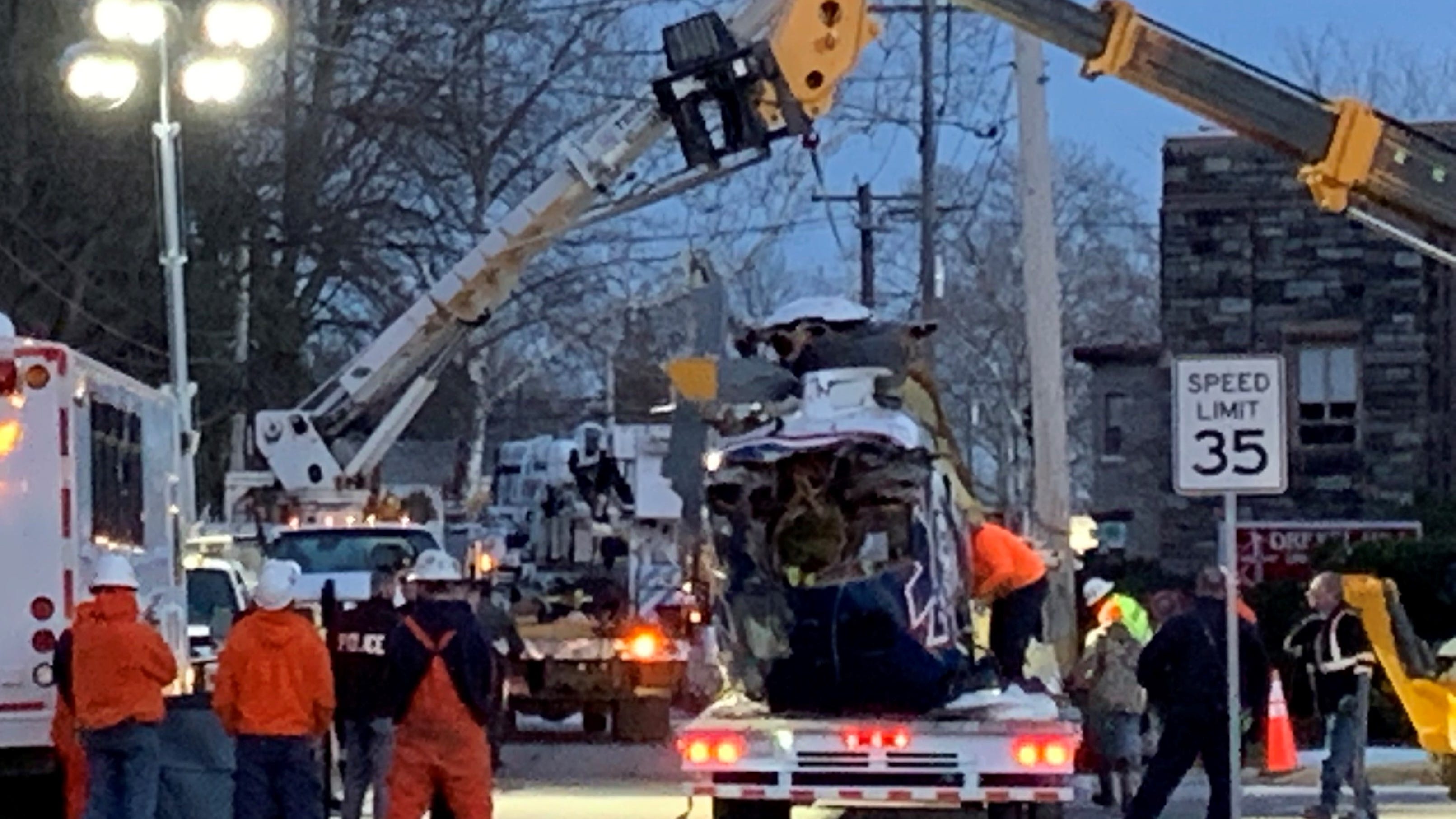 The helicopter crashed in the front lawn of Drexel Hill United Methodist Church Tuesday afternoon. The pilot, co-pilot, a nurse and the infant girl were on board and en route to the Children’s Hospital of Philadelphia.

Many are calling the pilot a hero, as he managed to crash-land without hitting power lines or any other buildings. The chopper miraculously did not catch fire either.

The National Transportation Safety Board is investigating, which could take up to a year.