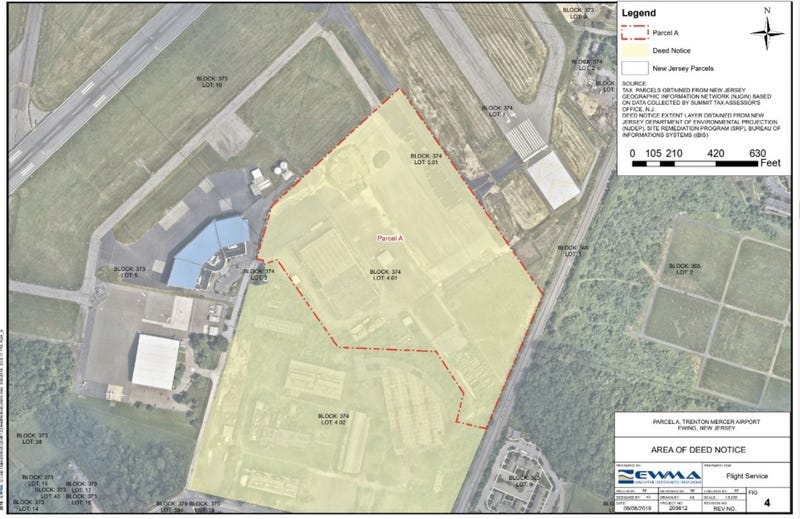 A description of planned expansion of the airport in Trenton, New Jersey. Photo credit FAA/TTS
By Kim Glovas, KYW Newsradio

TRENTON (KYW Newsradio) — Trenton Mercer Airport plans to expand its terminal, but nearby residents believe the dangers of perfluoroalkyl and polyfluoroalkyl substances (PFAS) at the former Naval Air Warfare Center, right next to the airport, are being ignored.

"The airport is exactly adjacent to the Superfund site at the former Navy site, and they even purchased a portion of that land, so that they could do their expansions, and some of the highest PFAS that's measured is at the border with the airport," said Judy Hoechner with Trenton Threatened Skies (TTS), a grassroots citizens organization formed to fight the expansion.

"Most of these projects that are being implemented don't even acknowledge that contamination is there."

In 2018, a US Department of Defense Congressional Brief showed that PFAS, often referred to as “forever chemicals," were found in 23 of 38 samples at the Naval Air Warfare Center. PFAS have been linked to numerous cancers and a variety of serious health issues.

Hoechner says one of those PFAS samples was found 100 feet from the proposed terminal expansion site. 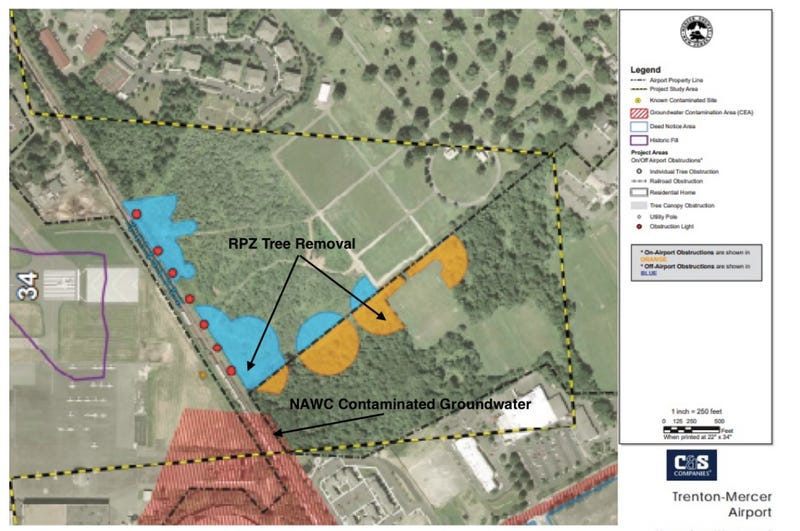 A description of contaminated land near the planned expansion of the airport in Trenton, New Jersey. Photo credit FAA/TTS

New Jersey’s Attorney General filed a lawsuit against the Department of Defense in January 2021 to clean up those chemicals. It was filed jointly with the New Jersey Department of Environmental Protection.

The suit says PFAS samples taken from the Naval Air Warfare Center ranged from 178 to more than 27,000 parts per trillion. The federal Environmental Protection Agency's acceptable limit is 70 ppt. New Jersey has set a safe level at 13 ppt.

But the EPA says it’s not involved in the project and knows nothing about PFAS contamination there. 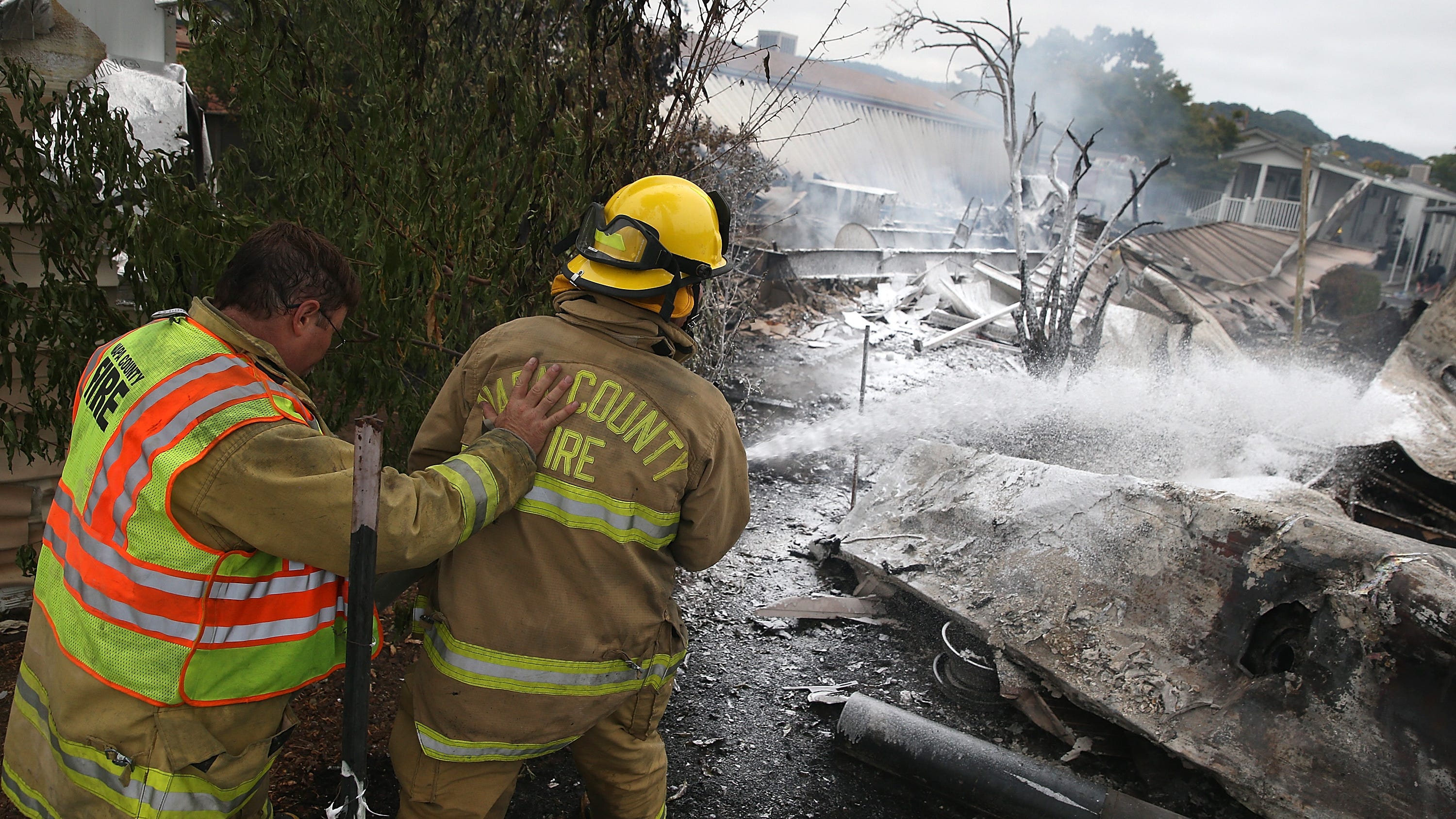 "The New Jersey Department of Environmental Protection (NJDEP) is the lead regulatory agency for the Naval Air Warfare Center in Trenton. This site is not on EPA’s National Priorities List (NPL), which lists sites that are priorities for long-term evaluation and response under the Superfund program. EPA is not involved in the cleanup activities and does not have specific information regarding PFAS at the site," the EPA said in a statement.

TTS is petitioning the Federal Aviation Administration in the Third Circuit Court demanding transparency, accountability and a comprehensive Environmental Impact Statement at the Warfare Center.

Hoechner says the county has been trying to push through an expansion plan for years.

"That’s one of our complaints," she said. "They're breaking up this larger expansion into many smaller projects, and they are not acknowledging that it is an expansion." 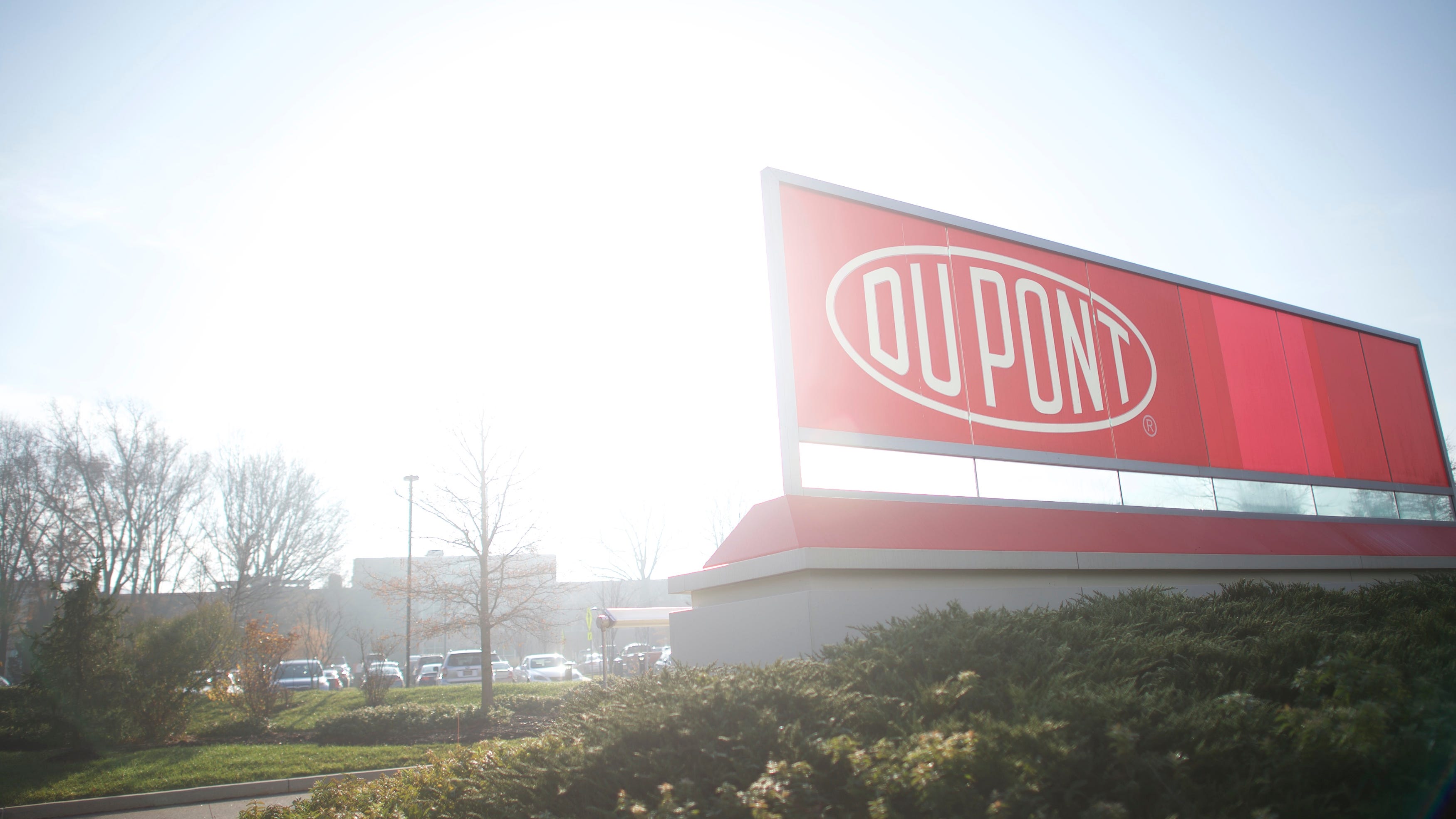 Hoechner has asked for a total environmental and community assessment of the full airport expansion.

"Look at the health and economic and environmental impacts on Mercer and Bucks County, and included in that is the analysis of what's happening with the PFAS," she said.

"We look at this as a Trojan horse. We believe that it will have detrimental effects to our home, health and happiness, and the quality of life for the region will be permanently reversed."

A virtual public hearing on the terminal expansion is scheduled for Wednesday, from 7 p.m. to 9 p.m.