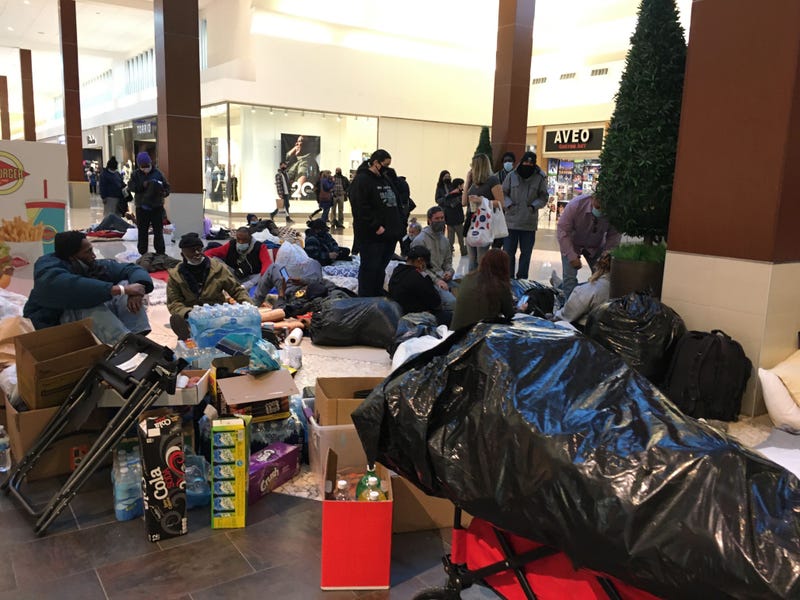 CAMDEN, N.J. (KYW Newsradio) -- Two activists and dozens of homeless men and women spend Monday protesting inside of Cherry Hill Mall because they say Camden needs to do more to help them.

Tawanda Jones, also known as Sister Wawa, is the founder of True Blue Warming Station in Camden, New Jersey. Jones and Pastor Amir Khan, the president of homeless services nonprofit New Beginnings, are working together, advocating for a population they say has been let down by Camden officials.

"The city of Camden failed to have a 24-hour warming station, because Code Blue only allows you to be there for a certain amount of hours, and then they put you out. It doesn’t even matter if you have medical issues," Jones said. 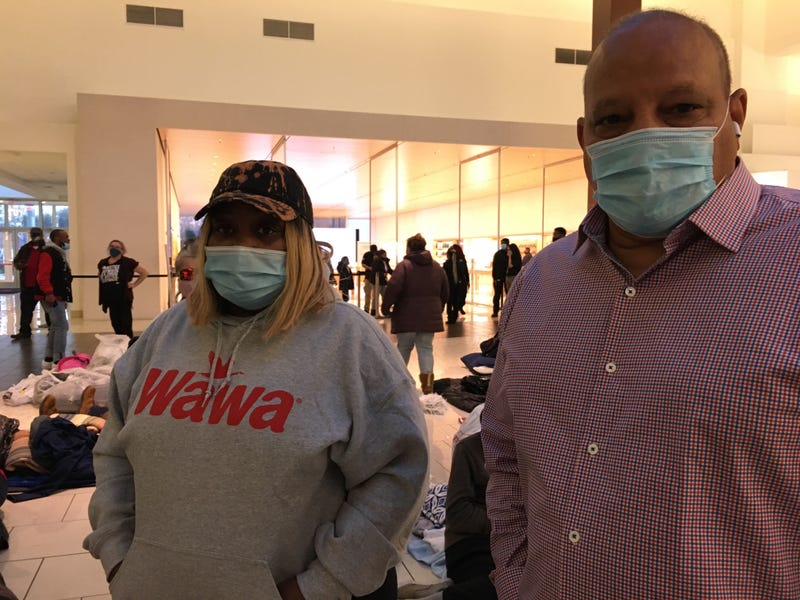 He says more than 85% of all homeless people in Camden County are in the city of Camden. He suggests Camden use empty buildings as shelters, like other municipalities.

"If you go to Newark right now, they took an old school that was closed down, and converting it to not just a place where homeless can sleep at night but to restore the individual," Khan said.

Vincent Basara with the city says they are doing all they can.

"We do have three locations in the city of Camden that are open and available, and the hours are dictated by the county health officer," Basara said.

Khan and Jones argue homelessness is not a seasonal problem. They are asking county and city officials for year-round help and funds to support the growing homeless population.