PHILADELPHIA (KYW Newsradio) — Hundreds of refugees from Afghanistan have begun arriving in Philadelphia.

Between 3 a.m. Friday and 3 a.m. Saturday morning, the White House said approximately 6,800 people were evacuated from Kabul. 4,000 of those evacuees were on U.S. military flights while the remaining 2,800 were rescued on coalition flights.

Among the 4,000 evacuees brought to the United States, some came through Philadelphia International Airport through a federal relief operation called Operation Allies Refuge PHL.

At least two planes carrying evacuees touched down in Philadelphia - one Saturday morning, and another overnight. More than two hundred have arrived so far, with hundreds more expected in the days to come.

One Philadelphia counterterrorism officer who wished to remain anonymous described terrified families arriving with all of their worldly belongings in trash bags, or in their arms. 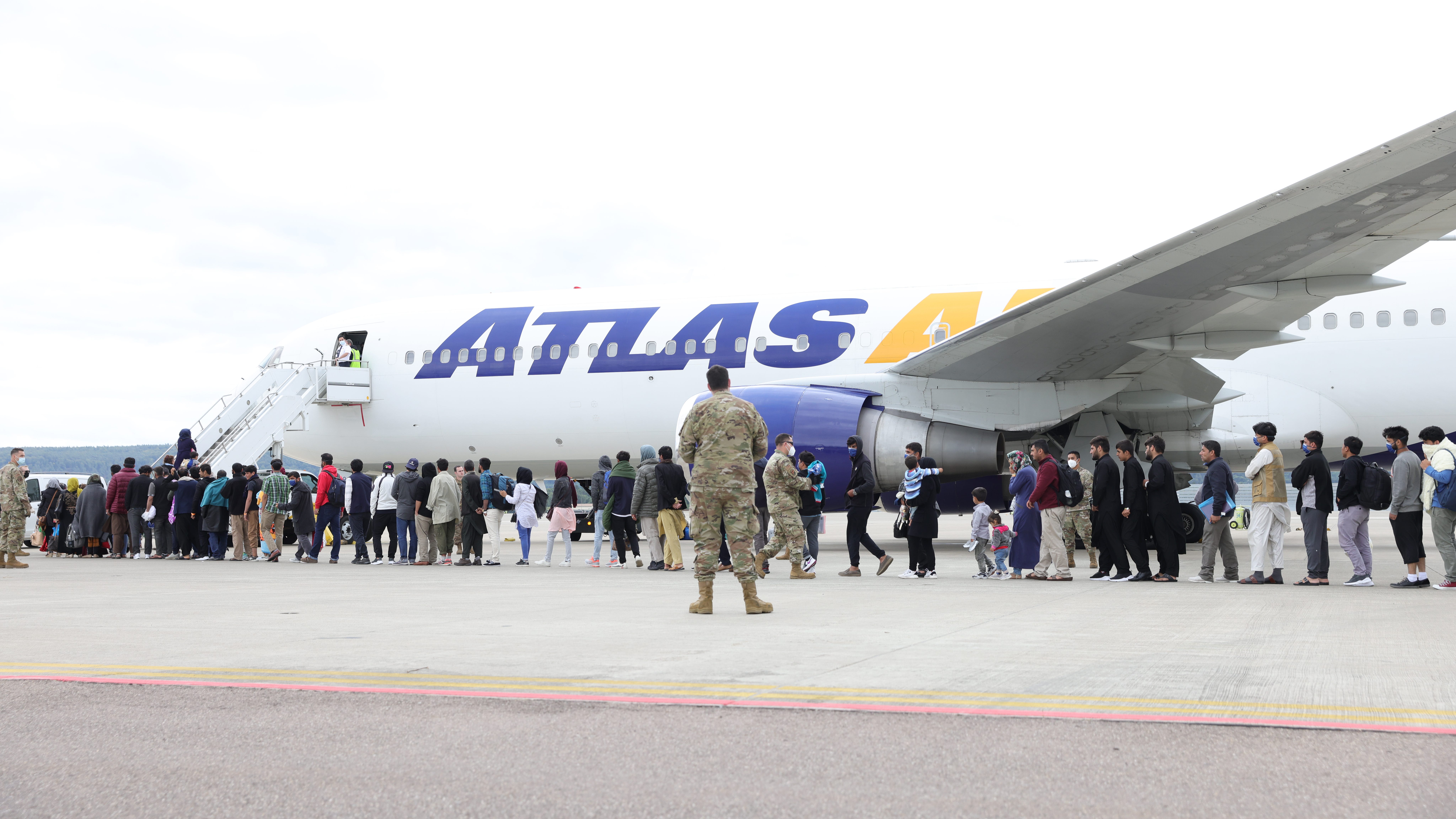 Philadelphia International Airport is the second airport in the nation to welcome refugees from Afghanistan, after Dulles Airport in the Washington, D.C. area.

National guard members, the American Red Cross, the Philadelphia Fire Department and various medical personnel were at the airport to assist.

The Philadelphia Medical Reserve Corps sought volunteers who could help translate Dari, Pashto, Urdu or Farsi for refugees. Those who can translate are urged to contact the city.

Philadelphia Fire Commissioner Adam Thiel told our partners at NBC 10 that after going through customs, as well as a Red Cross staging area where they are given food, hygiene products, blankets, and toys for children, evacuees are tested for COVID-19.

"The largest part of this operation is the COVID testing piece," he said. "Just an absolute all hands on deck effort here. It's an honor to be a part of it."

Vaccinations have also been made available, according to city officials, and there is a COVID-19 quarantine area for those who test positive.

Refugees are then taken to Joint Base McGuire-Dix-Lakehurst in New Jersey, where they're provided with temporary housing.

Thiel called the effort one of the most humbling experiences of his 30-year career. "We had a lot of 'I’m not crying, you're crying' moments," he said.

Mayor Jim Kenney made it clear he's willing to help the refugees evacuating from Afghanistan to connect them to social services and will welcome them with open arms, should they choose to stay here. Pennsylvania Gov. Tom Wolf has already pledged state resources to help Afghan refugees "in any way possible," along with Haitian refugees following the devastating earthquake there.