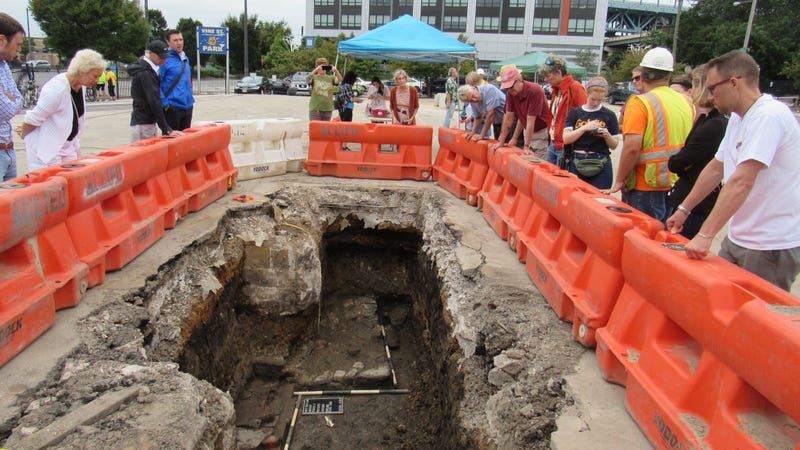 PHILADELPHIA (KYW Newsradio) — A new Delaware River waterfront development project has been announced, and part of the plan includes an archaeological dig aimed at preserving centuries-old artifacts that give insight to Philadelphia's port industry days.

The construction project could begin next year between Vine and Callowhill streets. It would preserve about a third of the land for public space.

Durst Organization spokesperson Anthony Campisi said there will be a walkway connecting the waterfront to Center City.

"What used to be a parking lot is going to become a 26-story apartment building with ground floor retail," Campisi described.