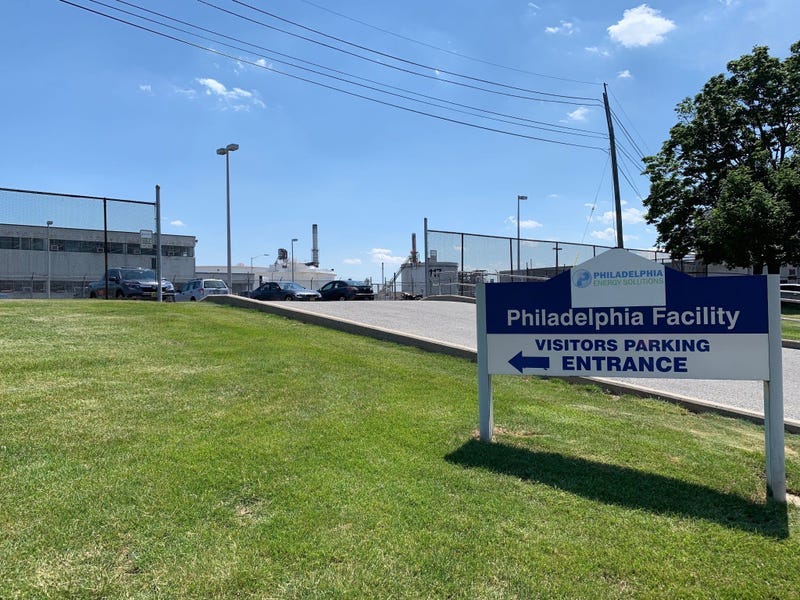 PHILADELPHIA (KYW Newsradio) — A new report shows benzene levels are still high outside the former PES refinery in South Philadelphia. The levels were recorded nearly two years after the explosion and fire that closed the site.

The Environmental Integrity Project said benzene levels are three times the EPA's action level of 9 micrograms per cubic meter. Those levels were five times higher at the fenceline of the refinery two years ago.

The EIP's Eric Schaeffer said nearby communities are still at risk.

“You're still getting an awful lot of off gassing of benzene, and I think some of that is coming from the cleanup, some of it from the removal of waste and maybe still some product from tanks," Schaffer said.

According to Schaeffer, 5,000 people live within one mile of the site.

“You are potentially being exposed to higher levels of benzene, that increases your risk of getting leukemia. And also, it's one of those pollutants that just can make it harder to breathe," he said.

But Jim Garrow of the Philadelphia Department of Public Health said a city air monitor at 24th and Ritner shows benzene levels are near zero.

“Based upon the data that's collected here in the community, we're confident that there is no public health risk...from benzene in this community," Garrow said.

Garrow and Schaeffer agreed that the EPA’s annual rolling average can change from day to day, and at different monitors.

Schaeffer said there are 30 monitors surrounding the former refinery. He said some of those monitors show very high readings, and others show levels under the federally accepted action level.

Hilco Redevelopment Partners own the site. They are transforming it into a logistics hub, or warehouse facility. Schaeffer said it could take a decade to remove all of the hazardous materials from parts of the site.