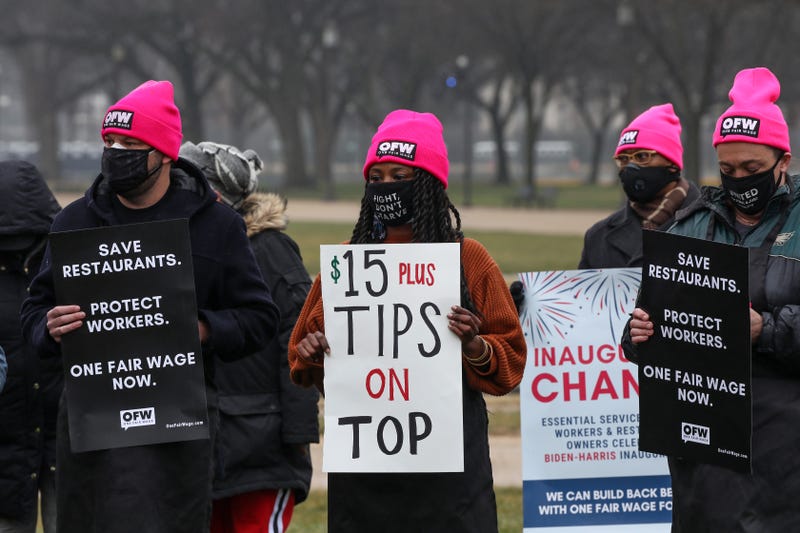 Service industry workers at the National Mall listen to remarks and hold up signs during a rally in support of the introduction of the Raise the Wage Act, which includes a $15 minimum wage for tipped workers and is also included in President Biden's American Rescue Plan, Jan. 26, 2021, Washington, D.C. Photo credit Jemal Countess/Getty Images for One Fair Wage
By Kim Glovas, KYW Newsradio

PHILADELPHIA (KYW Newsradio) — The Pennsylvania Legislature hasn’t raised the minimum wage in more than 10 years. State Rep. Kevin Boyle wants to change that — and leave it up to municipalities themselves.

Boyle introduced an amendment to Act 112 of the Pennsylvania Minimum Wage Act of 2006.

“My bill allows for local county governments in Pennsylvania, including Philadelphia City Council, to set their own minimum wage,” Boyle said. “We’ve consistently in the state Capitol tried to raise the minimum wage — going back to the last time it was increased in 2009 — but we've been unsuccessful.”

The state’s current minimum wage is $7.25. Republican lawmakers argue increasing the minimum wage would benefit wealthier counties and not less affluent ones.

“It reflects what the biggest argument was by Republicans against it, which was, ‘Hey you people in Philadelphia and Montgomery County, you have a higher cost of living. If we raise the minimum wage statewide, you know that’ll lead to businesses closing in Cameron County and Sullivan County.’ Well, I don’t agree with that argument from the GOP,” countered Boyle.

“I’m offering a compromise, and this compromise would allow for the individual counties to set their own wage. And to me, with this bill, there are no longer any arguments that are legitimate in opposition to it because it reflects the cost of living difference in the state of Pennsylvania.”

Boyle believes he may have the support to push the measure out of committee. Last week, two Republican state senators — Dan Laughlin of Erie County and Pat Browne of Lehigh County — expressed support to increase the state minimum wage to $10 an hour. 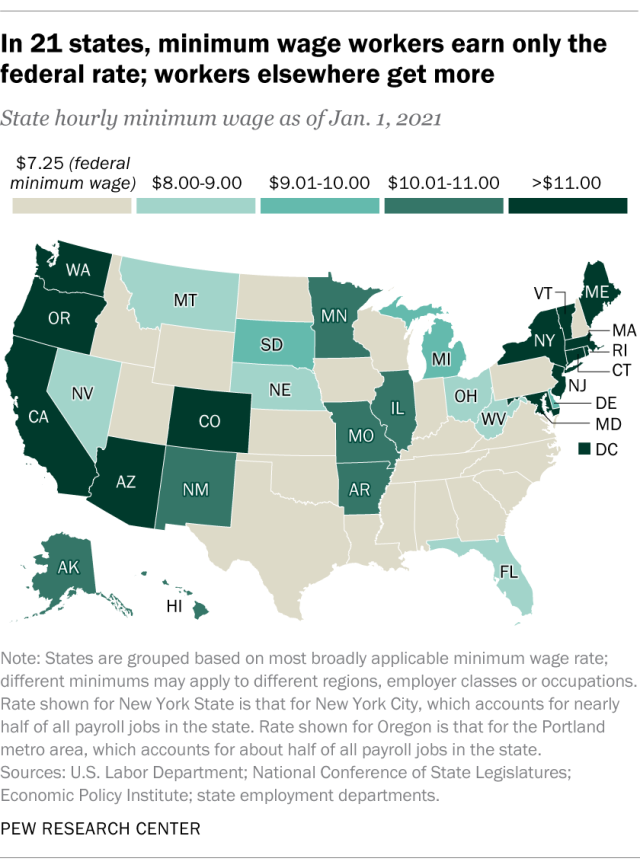 Every state that borders Pennsylvania, including West Virginia, has a higher minimum wage. Boyle said $7.25 is not a living wage, and he believes the tide is turning.

“We’ve seen nationally that the issue of the minimum wage increase has been discussed in Congress, and I think that that demonstrates the momentum in this direction,” he said.