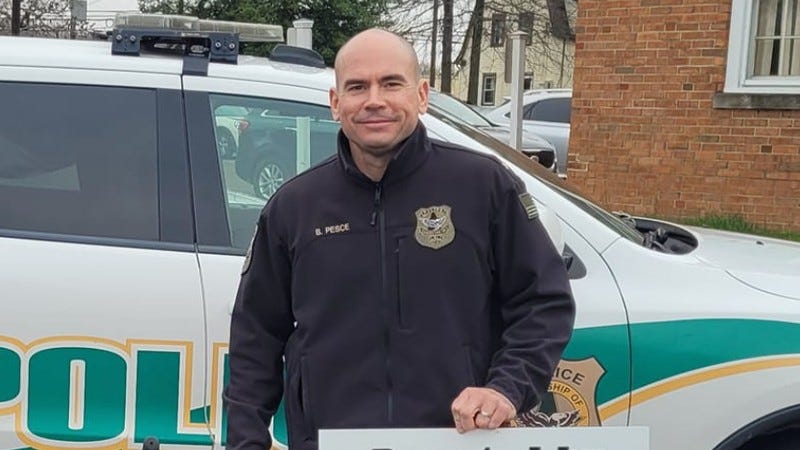 SOUTH JERSEY (KYW Newsradio) — The police chief of Bordentown was cited for driving under the influence over the weekend, according to Burlington County officials.

Township administrator Michael Theokas confirmed to KYW Newsradio that Chief Brian Pesce
Was cited Friday night and will remain on restrictive duty until further notice as the investigation continues.

Pesce replaced former Bordentown Chief Frank Nucera, who was convicted of federal hate crime charges for slamming a Black teenager’s head into a door jamb during an arrest in 2016.

Pesce’s attorney, John Hartmann, said he pleads not guilty. Hartmann did not comment any further.