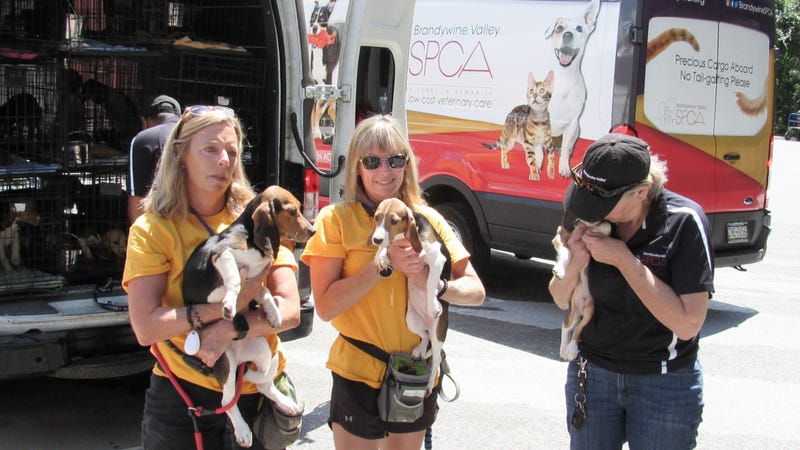 The dogs were removed from Envigo RMS LLC in July after federal inspectors noted dozens of violations. The facility, which was to sell the dogs for experimentation, was found to have been underfeeding the dogs and not providing adequate levels of veterinary care, according to reports.

“We are really excited to give these dogs a chance to see a whole new life, going from cage life to love and fun,” said Linda Torelli, BVSPCA chief marketing officer.

The Humane Society of the United States moved the 23 dogs to its center in Maryland for rehabilitation before they were taken to the Brandywine Valley SPCA in West Chester, Pennsylvania. According to a statement from the shelter, it is the first in the region chosen to receive dogs from the huge rescue mission, a national effort to find homes for all of them. 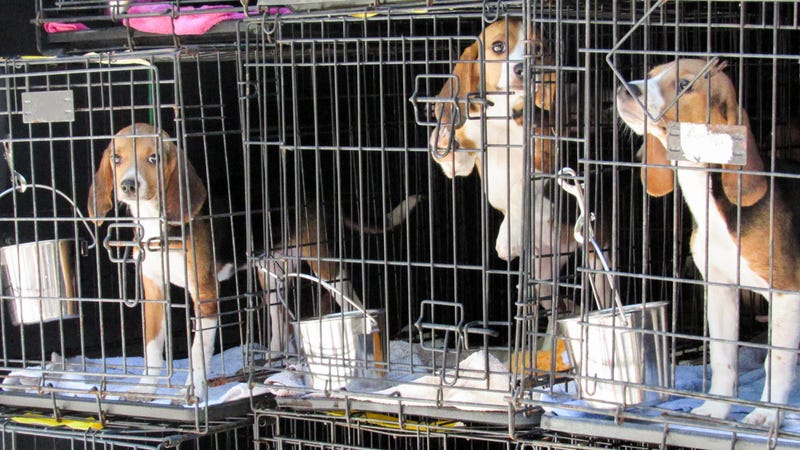 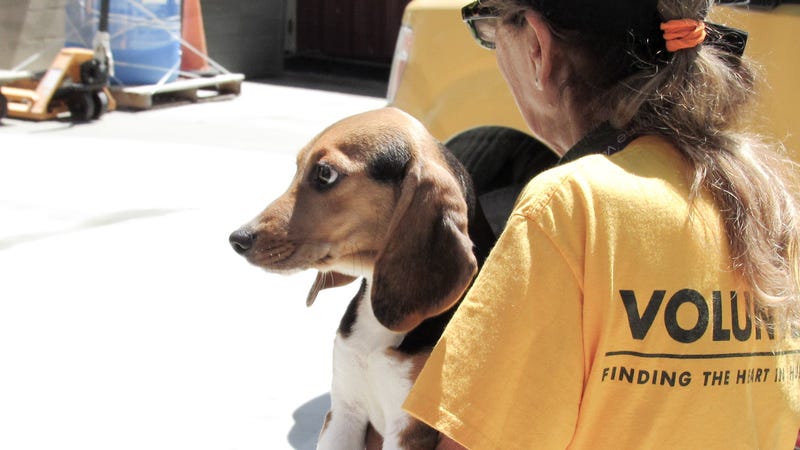 The dogs, which are all puppies and juveniles, were first checked out for health and socialization requirements.

“The particular dogs in this group are puppies,” Torelli said. “They are pretty social, so we have decided to put them up for foster-to-adopt placements.”

The pups are now being matched with foster-to-adopt families. Applications are being processed at the BVSPCA’s West Chester campus.

“We expect placements to happen pretty quickly,” she said. “The dogs are going to be available on a first-come basis to the matching families.” 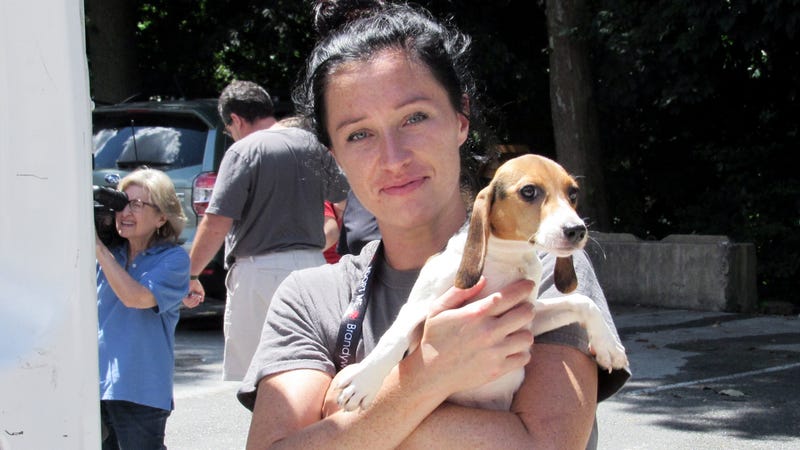 The shelter expects to get a group of adult dogs later this month. People can also apply to foster them.

“Those dogs we expect to have more needs for socialization and adjustment because they would have spent much more time living in a cage and just basically being bred,” Torelli added. “They will be similar to puppy mill dogs.”

For information on how to help the beagles, visit HSUS online. 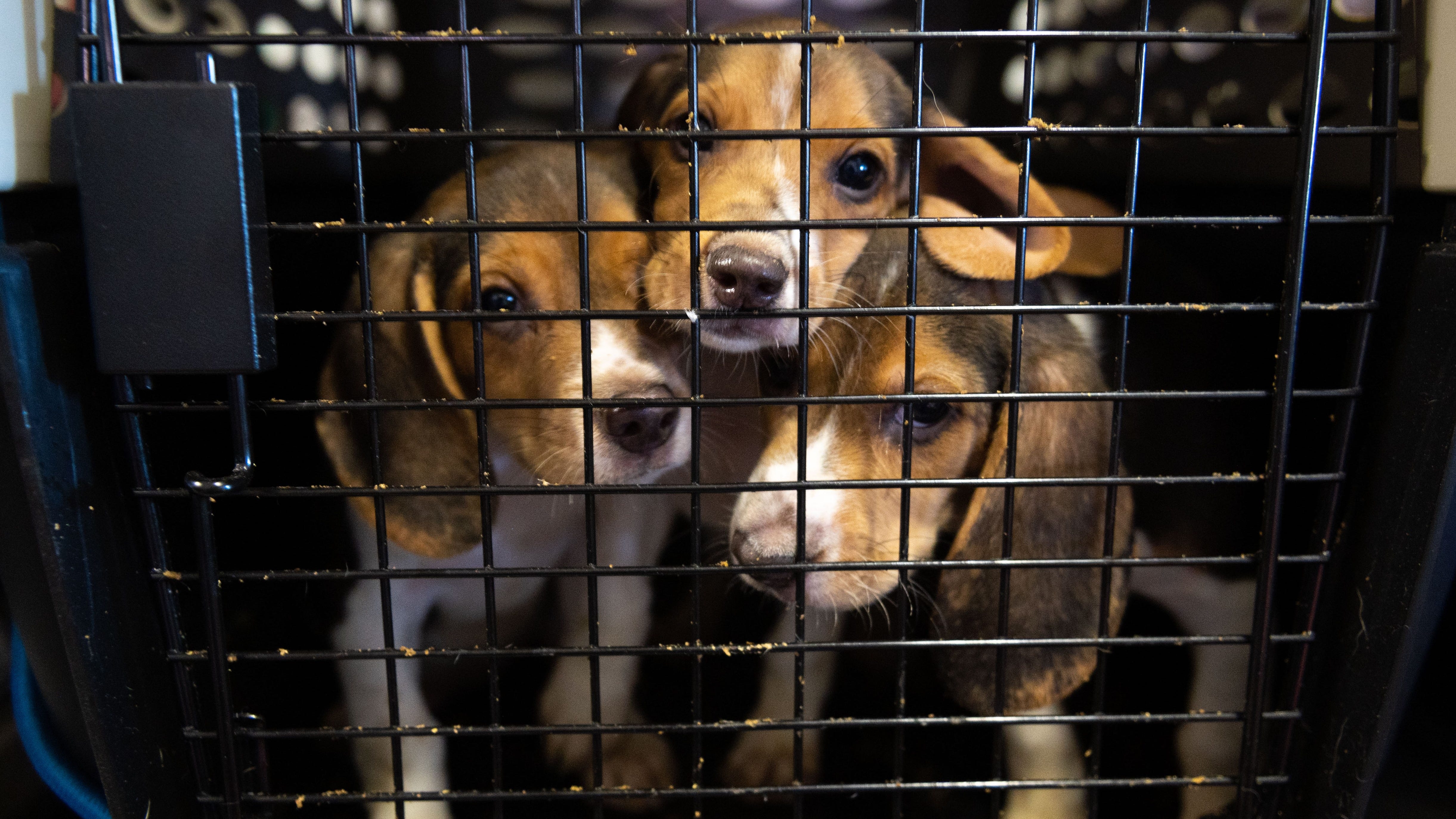