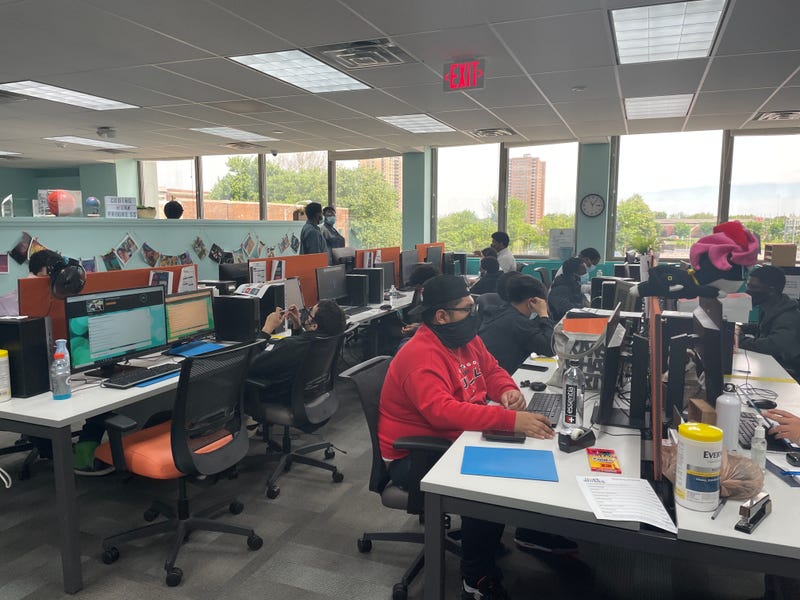 PHILADELPHIA (KYW Newsradio) — The COVID-19 pandemic exposed the digital divide as one issue among many that continues to plague underserved communities. The issue affects Philadelphia and Camden alike, and two groups are partnering to bring about awareness and change.

The digital divide is the gap between people who have reliable access to high-speed, high-quality and affordable internet service and equipment and those who don’t. Internet service is essential for remote work and school, but many simply cannot afford it.

Schools scrambled during the pandemic to make sure K-12 students were able to learn from home, but the gap, though showing improvements, still exists.

Earlier this year, Philadelphia released a five-year Digital Equity Plan and established an executive order to address the needs of the city.

Hopeworks Camden is partnering with Philadelphia Mural Arts on two murals to tell the stories of how individuals experience the digital divide. One will be on the side of the Hopeworks building at 808 Market Street in Camden, and the other will be at a location in Philadelphia's Kensington neighborhood.

Hopeworks will step both murals up a notch, by working with tech companies to build an augmented reality experience. Executive Director Dan Rhoton says, “if you look at the mural with your phone or smart device, you will get to hear the stories and see the stories of folks who experienced the digital divide.” 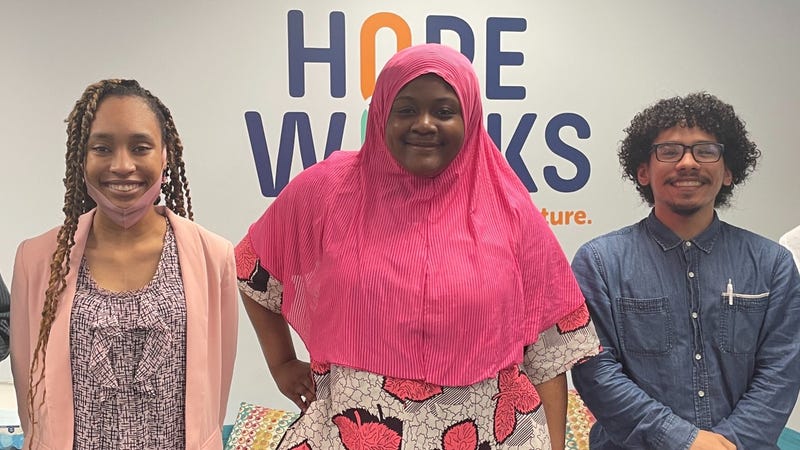 The stories will be told by the young adults at Hopeworks and their families who have overcome the digital divide. Intern Hawa Lari is one of them.

“I can tell from my own life experiences from growing up in the New York projects to now, how my access to the internet has changed as my finances have changed over the years,” said Lari.  “The digital divide is very, very important, because that’s also a divide in education and resources.” 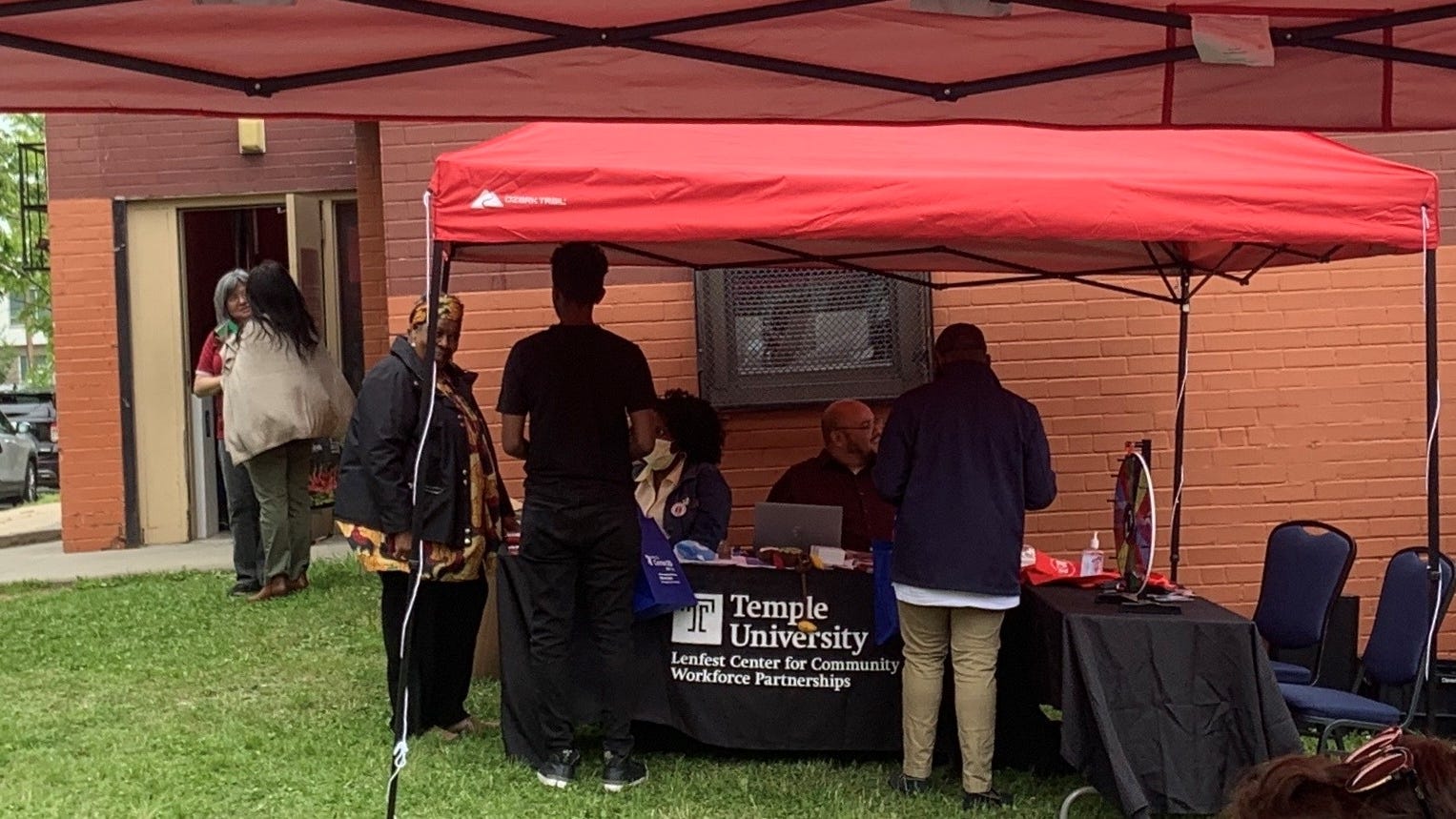 C.J. Pagan is team lead at Hopeworks. He says the digital divide affects the workforce and wealth generation. “Hearing from my friend that as their parents got more access to capital and better opportunities, they started to get good access to the internet.”

Hopeworks trainee Sierra Williams says many people don’t talk about it. “The high-speed internet everyone is looking for is super expensive, so they have no choice but to get the standard one, and it turns out the standard one is really not that good.”

Rhoton says many people work online, shop online and make money online, so when someone lacks meaningful online access, they cannot do any of those things at the same level. He wants people to understand this as they view the murals and read the stories. 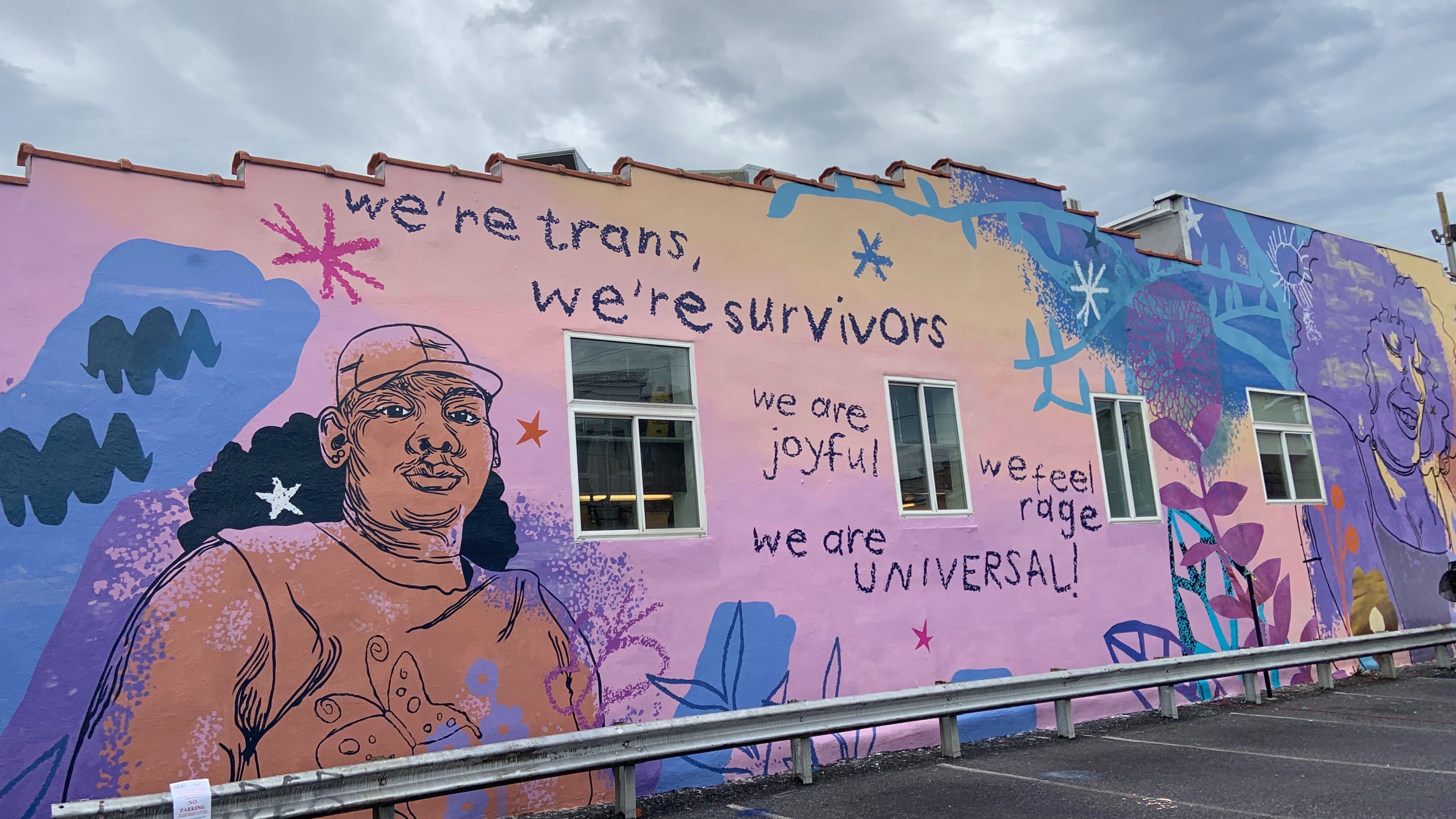 “The digital divide is not a problem of the number of computers or internet speed, it’s a problem of fairness and people. If our project shows that this is a people problem, we’ll have done our job,” Rhoton said.

The so-called “hackathon” for the murals will start Saturday, with a planned unveiling this fall.